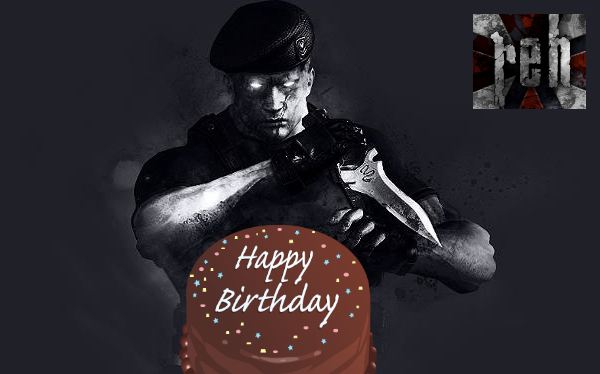 It was on this very day 16 years ago that you gave us an experience that would go on to take the gaming world by storm. Your success was so profound that you made the survival horror genre mainstream, ultimately leading up to one of the most successful franchises in video games, with a multimedia presence that’s just as strong. And it all started with the mansion incident.

While the game’s REmake may be preferred by most fans, the original really should be just as loved. Personally, I love the original more than I do the coveted REmake. Call me crazy, but I just truly adore going back to it and replaying the nightmare in all its visually dated and cheesy glory over and over in between big game releases, and even more so during those drought periods (along with the other PS1 Resident Evil titles). The game holds a special place in my heart, though I do regret not getting into the series with it…

I remember the weeks I spent desperately tracking down a brand new copy of the Director’s Cut version of the game. I had already beaten the holy blue hell out of Resident Evils 2 and 3 and my youthful body was ready to play the one that started it all. But I didn’t want to settle for a used copy (I guess I’m picky like that), so it took me quite a while before I would finally get my hands on a factory-sealed copy after going to more than a dozen different GameStop locations.

So the game was mine and it was time to crack that sucker open and take its virginity! You know what I mean…After spending hours with the game–with some frequent breaks in between because of my juvenile self being afraid of certain parts (damn dogs!)–over several days, I made it to the end with Ms. Valentine and I conquered the mighty Tyrant! Now I have him as a trophy next to my bed. Did I enjoy it more than Resident Evil 2? No. But that doesn’t mean it wasn’t as good an experience, and a scarier one at that (Resident Evil 2 saw a subtle boost in action).

The original is still a masterpiece in my eyes, with all its cheesy lines of dialogue and questionable story beats. Something about being trapped in an eerie mansion littered with the undead and other nightmarish creatures just greatly appeals to me. I love the characters, with Jill, Chris, and Wesker going on to become central figures in the series, and poor Barry keeping Billy company in Hotel Obscurity (bring Barry back, Capcom!). I also love the overall B-movie plot, with all its creepiness and disturbing expository content by way of memorable files and diaries (itchy tasty!) . Basically, when I think of survival horror, this is the first game that comes to mind, even after all this time.

Survival horror nowadays isn’t the beast it used to be, with the exception of some titles that manage to not lose sight of what made the genre popular in the first place. So it’s heartwarming to know that we can always go back to the original Resident Evil after all these years to relive our first trip into the world of survival horror. It’s a timeless classic, and will continue to be for the next 16 years!

Now it’s your turn. Share your own memories of the original game in the comments below! Will you be playing the game tonight to celebrate the occasion?