The Resident Evil 2 REmake and What We Need Pt. 1 - Rely on Horror

The Resident Evil 2 REmake and What We Need Pt. 1 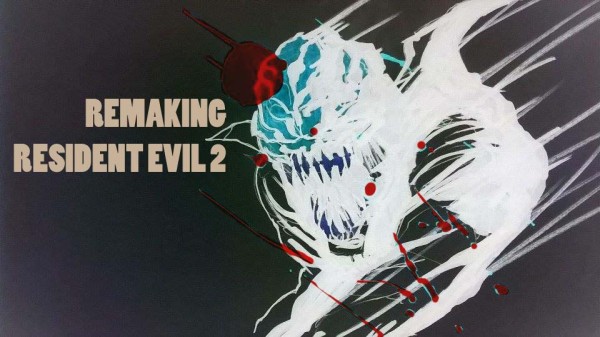 Enter the survival horror… you can hear the faint rasping hiss of the fleshless monsters that have taken over the basement level of what was to be your home away from home. You can hear them – but not see them. The clicking of their talons on the cold cement floor sending chills down your spine. You turn the corner away from the stairs, staring down the short hallway. You see one of them, the red sinew and muscle glistening in the fluorescent lights, slowly stalking across the floor, its head hanging low and the blood visibly pulsating in its horribly exposed brain. You hadn’t expected this. You wasted your last two shotgun rounds on one of your former co-workers upstairs, a miserable host for the infection that choked the poor city to death. You simply cannot handle this new threat. But if the suspense doesn’t kill you, something else will.

This is how I remember my first session of the critically acclaimed Resident Evil 2. A cold, claustrophobic, and panic inducing experience. It seared an image into gamers’ minds as a masterpiece of horror gaming, maybe even gaming in general. The voice acting. The incredible music. The horrific creatures. The puzzles. Everything being bigger, better, and bloodier than the original Resident Evil – the purest definition of a superior sequel you could ever hope for.

And that’s what I want from the recently announced Resident Evil REmake 2, for lack of a better title. Bigger, better, and bloodier than 2002’s Resident Evil, which is one of my favorite games of all time. But how does one go about that?

Here I’ve cobbled together a small list of things I think Capcom should absolutely do if they want to recapture the hearts of those of us who have started to fall adrift from the series.

The Devil Is In The Details

One of the things that really makes Resident Evil REmake and Resident Evil 0 stand out is their loving and dedicated attention to detail and realism. While the classic PS1 titles had amazing atmosphere and detail, there was only so much they could do with the limited hardware of the era. But when it came time for the new generation of consoles to roll around, the floodgates were opened to seemingly limitless possibilities. Higher polygon counts, new lighting technology, and more space on the disc to pack in higher resolution textures and effects. It was a gold mine for creating the perfect horror world.

Along with its haunting music and superb sound design, Resident Evil REmake owes a lot of its incredible atmosphere to the level of detail the developers packed into every corner of the game. A real feeling of a lived-in environment. 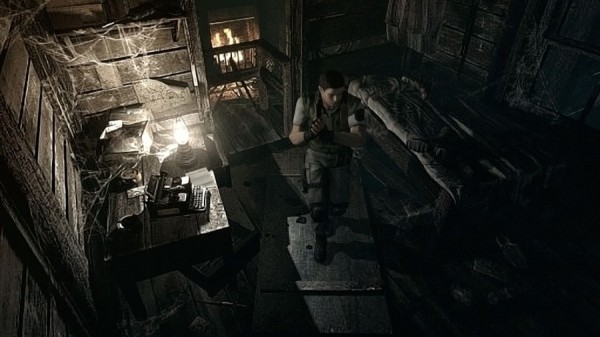 This is exactly what REmake 2 needs. A massive push for detail, from the flecks of dust hanging beneath the florescent lights of the police station, too abandoned office desks still covered in paperwork and half-empty soda cans. The Raccoon Police Department, its adjoining sewage facility and the Umbrella laboratories were once full of life. People coming, going, laughing by the water cooler and making out in the janitor’s closet. There were lives here – memories attached to a building that even when everyone in it is dead, will still remain. A row of pay phones, some left hanging by people who couldn’t finish their call. Maybe they were scared. Dragged away. Perhaps that’s where they died, hand still wrapped firmly around the cool plastic of the receiver. People loved, lost, cried, laughed, lived, and died in these places. I want to be able to feel every ounce of sorrow that would accompany that.

In The Darkness, Lies Your Fears…

Unlike the newer titles, where the global threat of Umbrella’s left over creations and the lingering shadow of bioterrorism has shaped our heroes into true soldiers, we are going back to an era where most of Umbrella’s repertoire was relatively unknown. And our heroes were inexperienced, and woefully under-equipped. These characters aren’t soldiers. They aren’t even survivors. They’re people, who have been thrust into one of the most incredible and horrific situations imaginable.

A sense of foreboding is something even the latest titles have been having trouble with. A desire to maybe just stop playing for today. Even with the remarkably better Revelations 2, I never truly felt afraid. I never felt under-equipped or like backing off from what was to come. To succeed as a true remake of Resident Evil 2, this new version must figure that out.

By the end of the original game, and I mean the very end, you were pretty powerful. You’re able to find upgrades for your pistol and shotgun, turning them into zombie killing powerhouses, and you can even find some pretty impressive special weapons like a flamethrower and an electric shock gun. But despite all that, the game was still able to totally undermine your new-found power with even more powerful creatures. The Lickers, one of RE2‘s staple creatures, evolved into the bigger and deadlier Super Lickers, and they came with no fanfare whatsoever. No special cinematic or introduction; your first encounter with one is literally as it drops from a ceiling vent onto your unsuspecting head. Or the giant, mutant alligator from the sewer section. This still affects people, even after so many years. Watch Burnie Burns from Rooster Teeth (Red vs Blue, RWBY) relive some nightmares with a scene he’s recalled a few times on their podcast.

Empowerment is not something that is synonymous with Resident Evil. True fear is a lack of power, a lack of control. And even when we have the most powerful weapons and equipment in the game, it is important that we have only the briefest of glimpses at power. A moment or two of maybe feeling like a badass as we mow down the previously overwhelming zombies. But cutting that short with newer threats is a must. Newer, tougher horrors that spit in the face of our newfound power.

Much like Resident Evil REmake before it, this title needs an update to what we already know. 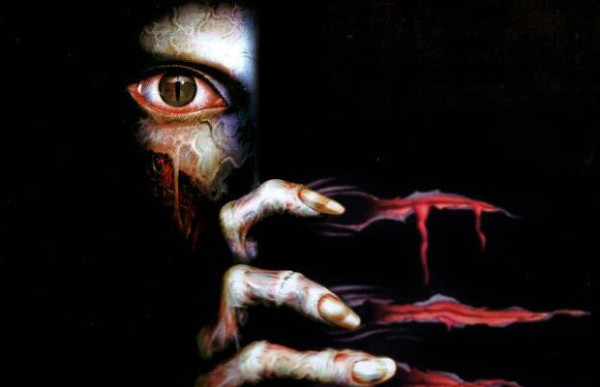 Do you remember playing REmake for the first time? The first time you were attacked by a Crimson Head? The sudden burst of adrenaline as something wholly new was thrown into your lap in a game you originally thought you knew? Familiar rooms suddenly set up differently? Boss fights moved to new areas? The horrible, wailing cry of a totally new beast from behind doors in the main hall that had never been there before? It’s a fear of the unknown. Subverted expectations. That fear can become even stronger when it clashes with the strength of our own nostalgia and memories. These moments don’t need a dramatic introduction either; the first Super Licker didn’t have one. The game’s first Crimson Head didn’t have one either. Think of the horror and dread that we could expect from a REmake 2 with its own ‘Lisa Trevor’. Its own ‘Crimson Heads’.

Something new for us to fear, something new we wouldn’t expect. That, in a way, is the truest essence of what Resident Evil‘s horror was all about. Overcome your fears, and survive.

Resident Evil 2 is a gory game. I mean, all of the RE games are, but 2 was especially gruesome. It still even surprises me with the extreme levels of viscera and arterial spray that was included in the game. None of the other games quite do what that game did in terms of violence, usually boiling it down to some dead bodies, blood on the walls, and exploding heads. But RE2 took it to a totally different level. 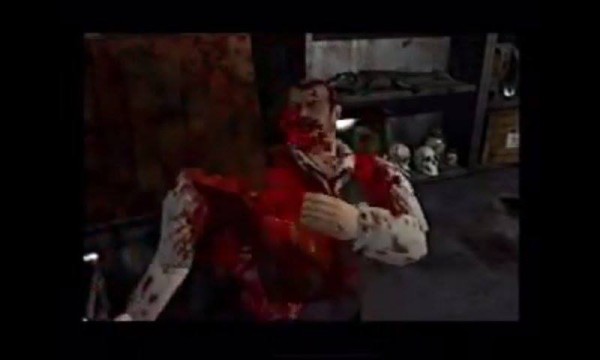 Moments from the game have been recreated since, in titles like OUTBREAK and The Darkside Chronicles, but they’ve always felt neutered to me. The one that sticks out the most to me is Darkside‘s recreation of Police Chief Iron’s death. It’s an unavoidable moment in the game, although the circumstances depend on which version of events you’re following with Claire. Take a look at this comparison of Claire A in the original Resident Evil 2 and the recreated moment in The Darkside Chronicles. Sure, the newer version is more tasteful and artistic, but this was a horrible and visceral moment that shocked me when I first played the game all those years ago. 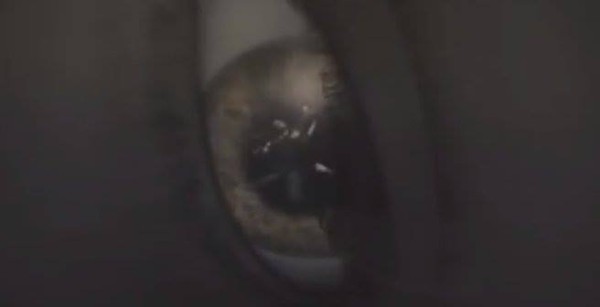 It’s this level of shocking gore that I really hope this remake goes for. Anything less would feel as if they were holding back, despite how much more realistic it will be with modern graphics. The original RE2 felt like a sickening hybrid of Ridley Scott’s Alien and John Carpenter’s THE THING, and it would make this remake shocking and disgusting on a level that this series hasn’t seen in a long time.

Along with that, I have a suggestion pulled from one of the Xbox One’s latest action games, Gears of War: Ultimate Edition. Gears has always been a brutal series when it came to gore, even angry about it. Curb-stomping enemies heads against the pavement, chainsawing locust in half as blood showers into the air. It’s a very cathartic game. But the latest entry, a remake of the original 2007 title, adds a new level to the gore parade that I would love to see in this remake.

Occasionally, while in close-quarters-combat, your character can become drenched in the enemy’s blood. Chainsawing is a particularly effective method of adding a little color to your armor, and it leaves both your character of choice and his weapon completely splattered with human bean juice. It’s effective and surprising, and I love it. It adds a little extra oomph to the already insane level of blood and gore the game has, and I hope it stays for the upcoming Gears 4. 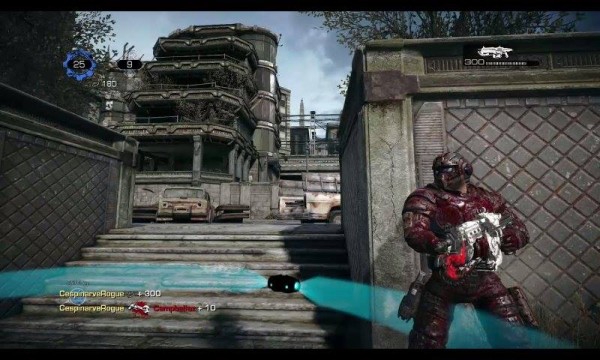 But adding that little extra to the gore effects of REmake 2 could be a very welcome treat. Add the Silent Hill staple bloody footprints, and we could have some seriously great gore on our hands.

Well, that’s it for part one of this look at what we’re hoping to expect from this latest remake. If Capcom plays their cards right, Resident Evil REmake 2 could be the shot in the arm the series has needed for a long time. Fans have been asking for it for over a decade, and now we’re finally getting it; it’s going to take a tremendous effort to live up to expectations. Check back for part 2 of this article sometime soon!

What about you? Do you think these are the sort of things REmake 2 needs to succeed? Let us know in the comments below!