Rely’ll Be Back: Part III (Terminator 3: Rise of the Machines) 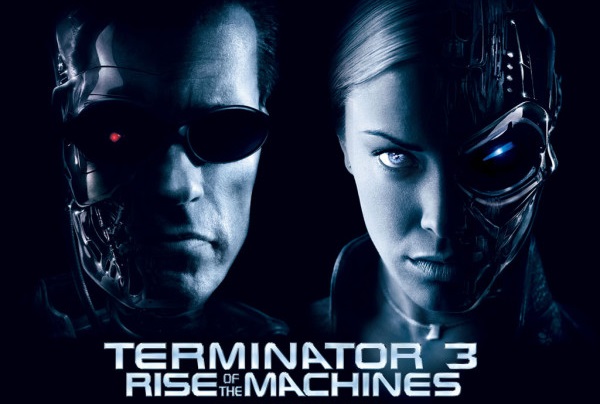 With the release of Genisys on the immediate horizon, it’s time to plunge the depths of the Terminator series and unearth the entries in the franchise which are…less fondly-remembered. Are they really as bad as everyone says they are? Will Genisys be able to put the series back on-track after two infamous derailments? Let’s start by examining the first film in the series not to be directed by James Cameron, Terminator 3: Rise of the Machines. 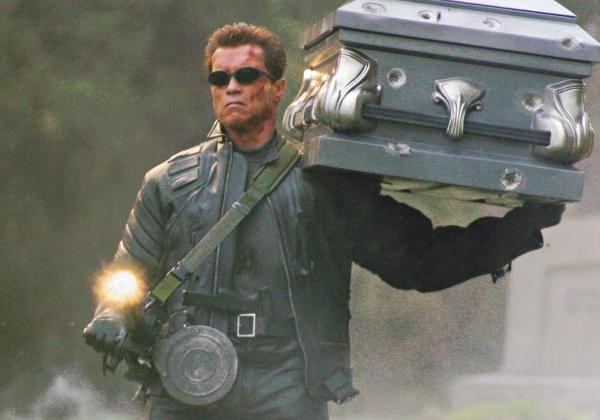 So what happened? What did T3 do wrong to prevent it from joining its predecessors in the pantheon of great sci-fi movies? As far as I can tell, a change in creative team and a lack of understanding of what made the previous movies so enjoyable are the two main contributors to T3’s general averageness. James Cameron had played with the idea of making a third Terminator movie for years following the incredible success of Terminator 2, but ultimately decided against it as he believed that the ending of the second movie was the perfect conclusion to the series, and did not want to cheapen its impact and ambiguity by having a new film overwrite it. As a result, he did not return to direct, produce or write the third film once it was put into production, and most of the cast and crew of the first two films (including Sarah Connor actress Linda Hamilton and co-writer William Wisher Jr.) followed suit. This left ol’ Arnie as the only surviving figure from the series’ inception (well, aside from a cameo by Dr. Silberman) to remain during the making of Terminator 3.

With so many vital cast members absent, it’s easy to see how T3 lost its way. Even the most loyal sheep is nothing without its shepherd, after all. What resulted was a shift away from the classic cat-and-mouse thrills and character development of the first two films and a greater emphasis on slapstick action and comedy, with the final product closer resembling a late-90s-early-2000s popcorn blockbuster rather than the films audience members held so close to their hearts. It’s not necessarily a terrible movie, but it certainly lacks the innovative spark that birthed the first two films and provides them with staying power to this day. 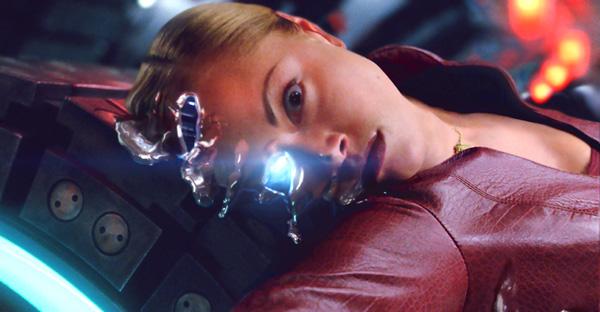 One of the biggest signs that Terminator 3 is but a pale imitation of its predecessors is its overly-eager need to one-up the previous films whenever it can, often to the detriment of its plot, characters and flow. The most prominent example of this comes in the form of the movie’s villain, the femme fatale TX terminator, which attempts to combine the best parts of the T-800 and T-1000 but fails to recapture what made those baddies so memorable. Its liquid metal exterior over hyper-advanced endoskeleton design seems deadly in theory, but in practice renders it even less functional than the T-1000 AND T-800 overall, as it lacks the former’s ability to pass through otherwise-insurmountable obstacles as well as the latter’s brute force and pure intimidation factor. Its only unique abilities, a built-in DNA scanner and the ability to remotely control other machines in the vicinity, are rendered ridiculous due to their interfering with the franchise’s established canon (the first film established that most records were lost in the war, which would make the DNA scanner nigh-unusable) which makes one question whether the new writers (of which there are three) paid any mind to the other films in their attempt to manufacture a cutting-edge baddie. Credit where credit is due: the TX’s actress, Kristanna Loken, does a great job emulating the ruthless menace that Arnie and T-1000 actor Robert Patrick exuded in their respective turns as the villain, and, some silly scenes aside, manages to make the TX one of the film’s saving graces.

While we’re on the subject of things Terminator 3 does right, it’d be a crime not to mention the chase scene that takes place midway through the film and is without a doubt the most enjoyable aspect of the movie. Forgoing CG in lieu of real stuntmen, vehicles and pyrotechnics, the scene has visceral feel to its destruction that creates the illusion of consequence within the film’s universe (while the audience knows that John Connor has to survive so that the franchise’s time loop remains stable, the chase has a sense of danger that can easily cause one to forget this fact) and provides the film with its defining setpiece. Although the scene could be interpreted as an attempt to ape the motorcycle chase scene from the first act of T2, it manages to stand on its own as a unique and enjoyable sequence, which is unfortunately more than can be said for the rest of the film. Stuff like the T-800 obtaining his clothes and sunglasses from an uncomfortably stereotypical male stripper or Kate Brewster being a shallow, vastly-inferior imitation of the past films’ strong female lead causes Terminator 3 to seem more like a pastiche or homage to the Terminator series rather than a proper third entry that stands on its own, which is incredibly disappointing when one considers the pedigree the series was known for. 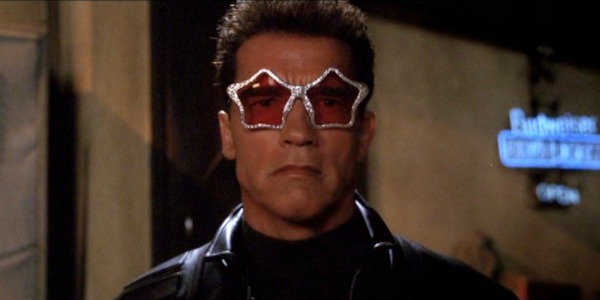 Fortunately, there exists an fan-edited version of the film, entitled Terminator 3: The Coming Storm, which cuts a full 21 minutes of runtime as well as making a variety of other more minute changes in order to transplant the darker, more serious tone of the first two films onto T3 and makes it infinitely more watchable overall. Although no amount of editing in the world could elevate Terminator 3: Rise of the Machines to the heights of The Terminator and Terminator 2: Judgment Day, it still goes to show that all that the film was lacking was an artistic vision and respect for its predecessors that prevented it from being a damn solid movie by its own merits.

Terminator 3: Rise of the Machines and gaming:

By the time Terminator 3 released in 2003, the franchise was no longer the pop cultural phenomenon it was following the release of T2. The halcyon days were over, and that fact combined with the general mixed reception of the third film caused Rise of the Machines to be lost in the shuffle of early-2000s zeitgeist, to the point where despite my best efforts I was unable to locate a single game that unquestionably homages or inspired by the film. Even IMDB’s connections page, which is usually a great way to find out how many works a movie influenced, was absolutely lacking in any video games whatsoever, compared to the 30+ that were listed on the first two films’ pages. Thus, I will instead take this time to talk about arguably the best licensed Terminator game ever made: Terminator 3: The Redemption. 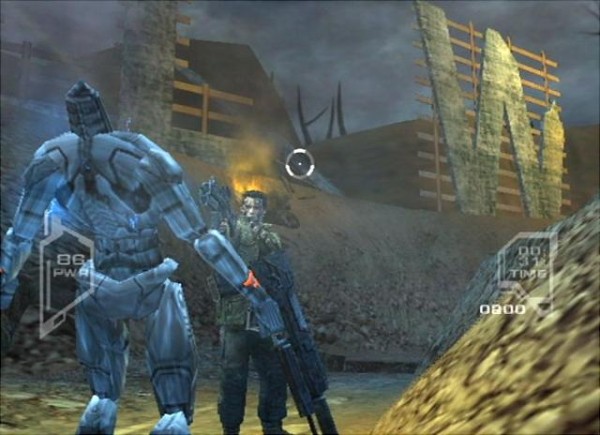 Unlike most licensed games based on the franchise, The Redemption stands out thanks to its interesting additions to the Terminator canon and intense approach to action gameplay. Uniquely, much of the game takes place after Judgement Day rather than in the present like the first three films, which allows developers Paradigm Entertainment (better-known for their work on Nintendo’s Pilotwings series) to indulge players in a dystopian sci-fi romp through legions of robots to break up the mostly-vehicular-based present-day missions. The game was lauded for its fast pace and high level of engagement, which prevented the proceedings from becoming stale or repetitive.

Most importantly, the game is faithful to the spirit of the Terminator franchise, and offers neat tidbits of information that die-hard fans will enjoy such as establishing that T3’s Terminator has a skeleton comprised of the heat-proof alloy coulton rather than titanium (ostensibly to prevent it from being destroyed in the same manner as T2’s Terminator) and finally showing how the series’ infamous time machine looks in action (a scene which is unfortunately retconned by Genisys’ rather standard-looking device as shown in the trailers). 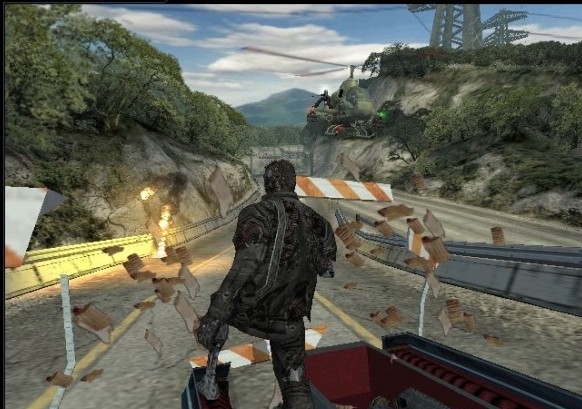 Ultimately, Terminator 3’s lack of presence in the video game cultural sphere is evidence of its “fun but forgettable” nature, but even still it’s far from the worst the franchise has to offer. Join me next week as we take a look at the black sheep of the franchise whose only lasting legacy is an internet meme and an awesome trailer.