reHorror: Why I think Chris will die in Resident Evil 6 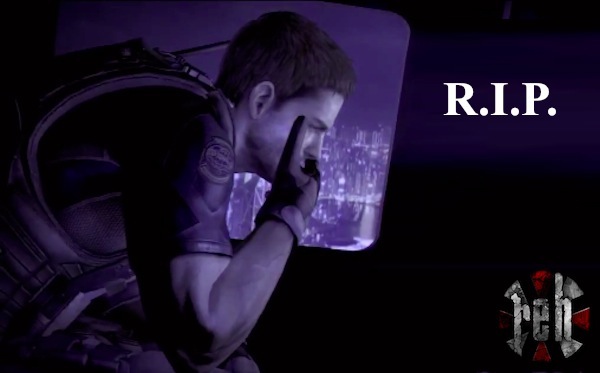 This week’s reHorror has a more somber tone to it. OK, it’s actually quite sad, even for me to write.

Yes, I think Chris Redfield will die in Resident Evil 6.

Chris is one of the (if not the) most recognized protagonists in the franchise. And, yes, I think he’s going to be resting in sweet BOW-less, boulder-less peace by the end of his scenario. It’s going to be sad to see one of gaming’s most beloved male video game protagonists go, but it’ll also make Resident Evil 6’s overall story all the more effective, and the backlash all the more dire.

So here’s why I think Mr. Redfield will die in the game. There really is no hope left… 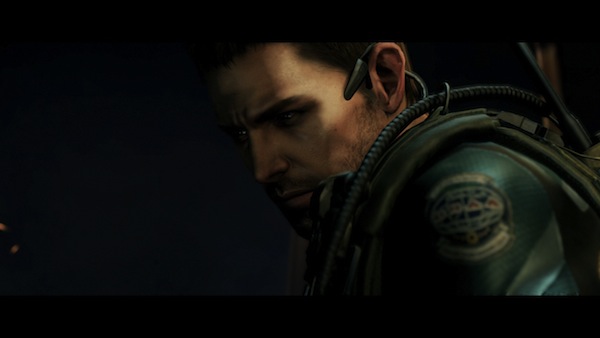 Whether it’s in books, TV, film or video games, death is quite common. And while not frequent, major characters are also killed off as time goes on. Some recent triple A games have seen the deaths of major characters, like Gears of War 3 and Mass Effect 3. Those two series are still relatively young and they’ve already given fans a big reason to mourn, with significant protagonists being offed, after just three main games. Now let’s look at Resident Evil.

After 16 years, Resident Evil has yet to kill off a major protagonist. We saw the death of longtime baddie Albert Wesker in Resident Evil 5, but thus far, all the heroes and heroines have been in the safe zone. I think it’s time for that to change. Resident Evil 5 originally had us believe that Jill was dead, only to reveal her as being the “Bird Lady” under Wesker’s command. With Capcom already using that “Jill is dead” story angle, I’m confident she’ll still be around for quite a while, thankfully. Chris on the other hand…

I’m not going to ignite the whole Chris vs. Leon argument just yet (that’ll be in a future reHorror column!), arguing who the better protagonist is, but I will say that Chris is one of gaming’s most beloved icons and his role in the series is quite significant. A true hero, especially after saving the world from global saturation in Resident Evil 5, Chris has been through quite a lot since he first stepped foot in that mansion in the Arklay Mountains all those years ago. And in Resident Evil 6, it all seems to be coming to a head for Mr. Redfield.

He survived the Mansion Incident, was reunited with his sister and put an end to Alexia along with her, went to Russia to finish off Umbrella with Jill, saved the Earth’s waters from being contaminated by the T-Abyss virus, and, as aforementioned, he prevented Wesker’s global saturation. Yeah, Chris has done quite a lot. And in Resident Evil 6, shit has hit the fan on a global scale.

The C-Virus is spreading its wrath throughout various parts of the globe and it’s up to Chris and his men to help fight it, along with Leon and Jake and their partners. Unfortunately, Chris’s biggest fear has been realized, that of global bio-terror. And before he can get out there and start fighting the J’avo, he’s going to have to fight his own inner demons… 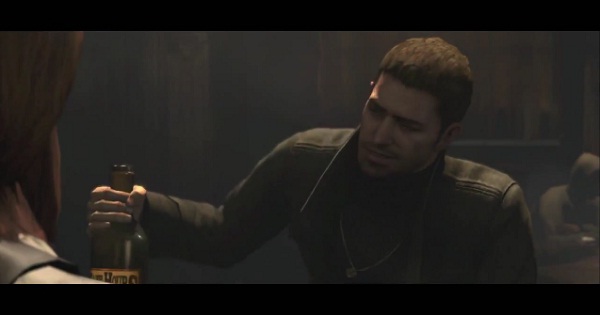 When Chris’s scenario starts, we’re faced with a very different man who appears as a mere shell of the former hero he used to be. Chris has become good friends with the bottle, and he’s seen drinking away his problems in a bar as Piers looks on (eating his meat…ha). Why is Chris like this now? Well, blame Ada, or rather, Ada’s “clone.” After all, she is responsible for the demise of Chris’s team.

In what’s going to be a playable section of his scenario, Chris and his men go to Edonia six months before the global events of Resident Evil 6, and this is where they first encounter the C-Virus and the J’avo. After his introduction to this new viral threat, Chris will never be the same…

Ada’s “clone” goes on to trap Chris’s men in a cell, then she throws a needle bomb at them that’s filled with the C-Virus. Chris and Piers are watching the entire thing go down, and Chris witnesses his men horrifically transform into BOWs. He then gets knocked down pretty hard by one of them, landing on his head, which may be the reason why he’s suffered memory loss. This totally changes Chris and his outlook on things. The game’s main tagline applies itself to his mindset best: there seems to be “no hope left.”

Piers is able to get him back in the game so to speak, making him remember the men he lost and where he truly belongs. The BSAA gets their captain back, then it’s time to take the fight to Neo-Umbrella and save the world from the C-Virus. But another thing worth noting is the necklace Chris is seen wearing in his intro cinematic.

It looks like Chris is wearing a woman’s locket and it may have belonged to someone very dear to him. My theory is that it was Claire’s, and that she’s become a victim of bio-terror, leaving Chris even more depressed. I would say that it could be Jill’s, but as previously noted, Capcom already did the whole “Jill is dead” thing, so I’m quite sure they won’t pull that again. Jill has already been in the last two main games in the series (5 and Revelations) so, as much as I love her, I think it’s time for Capcom to put her to rest for a bit, but not resting in peace. 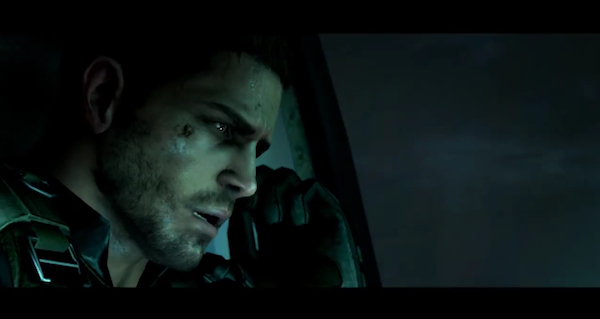 Despite him calling out Wesker for his comic book, super villian antics in Resident Evil 5 during their final battle, Chris is pretty much a super hero. He’s saved the world already and he’s looking to do it again in Resident Evil 6. But at what cost? Maybe this time, he’ll actually have to give his life in order to put an end to the C-Virus , bringing back a sense of hope to the world, hope for a better future without the threat of bio-terror…until Resident Evil 7 comes out!

I know what you may be asking: Why not Leon? Well, putting aside Capcom’s tendency to use him a lot, to me, Leon doesn’t fit the role of a global savior with nothing to lose and who would give his own life (that’s just my opinion, though!). He isn’t really a soldier like Chris is (which isn’t to say he doesn’t have any combat skills at all, of course). As we all know, Leon only spent a day as a cop and then went on to work directly for the President (to ensure Sherry’s safety). Chris, on the other hand, spent years training to become the boulder-crushing soldier he is today, with his sole mission being to put an end to bio-terror once and for all. That’s what sets them apart and that’s why I think if anyone major will die, it’ll be Chris, who’ll be the world’s savior in the face of global bio-terror.

Now let’s take a look at a scene from the game’s E3 trailer, which adds more fuel to my theory. Towards the end of the trailer we see a crossover segment with Leon, Helena,  Jake and Sherry in China, with Chris and Piers flying overhead in a chopper. We see a missile making its way to the city, Chris asks Leon where he is, and then he tells everyone to “get the hell out of there!”  as the missile is about to make contact. We then see quick cuts showing the city covered in the blue mist that’s associated with the C-Virus. Here’s what I think: Chris’s death is going to involve a huge explosion, possibly caused by him jumping out of an aircraft and punching a missile before it can hit the ground. OK, maybe he won’t be punching a missile…

Explosions are usually a good way to off a character, especially a major one. Sometimes their fate is left up to the player to decide, but come on, sometimes it’s pretty damn obvious they’re dead! That’s how I think Chris will go: a giant explosion that will save everyone but cost him his own life. It’s the only way for him to truly put an end to bio-terorrism, by sacrificing his own life and elevating himself from a brave soldier to a legend, one that future BSAA soldiers can look up to and aspire to. Before his final act, he may have quite an emotional heart-to-heart with Piers, telling him that the BSAA is under his command now. Ah…I can already see myself being depressed for quite a while…But wouldn’t it be funny if he really does punch a missile?

What do you guys think? Will Chris die in Resident Evil 6? Or would you rather see Leon die, or no one at all? Remember this is just my opinion and personal theories, and yours are just as important, so please leave your own in the comments below. And feel free to follow me and all my craziness on Twitter!