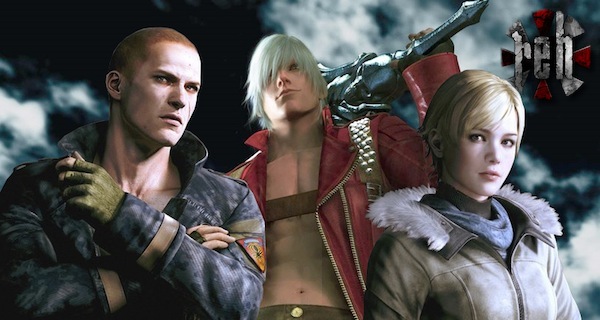 Years ago when fans were feverishly anticipating Resident Evil 4’s release on the GameCube, we were eventually shown a particular prototype version of the game that looked very promising and downright scary. Yeah, you know which one I’m talking about.

Leon was pit in a creepy castle to fend off paranormal beings like suits of armor and the infamous hook-man. That version never saw the light of day (though the hook-man proudly resides in the final game’s logo), but the game we did end up with was nothing short of a masterpiece, despite setting the series off into a more action-oriented direction (saturation!). However, there was another prototype version of the game before this…

Early into the development of RE4 (when it was originally slated for the PlayStation 2), the developers realized how the game they were making was turning out to be drastically different from the traditional RE experience fans have grown accustomed to. This first prototype version led to the creation of another franchise entirely: Devil May Cry. Now, in 2012, with the release of Resident Evil 6 only months away, it looks like Capcom is letting their beloved survival horror franchise take inspiration from the series it actually created. It all comes back full-circle. Oh, and Leon will always be Dante’s brother from another mother to me. Just sayin’. 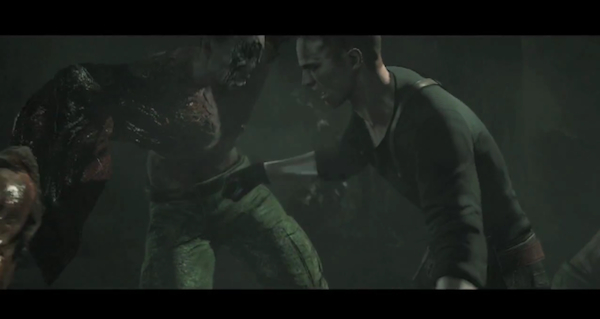 No, Resident Evil 6 won’t entirely be a melee-based action title, but one of its three playable scenarios will actually be a brawler, with combat that won’t be unlike the acrobatic ballet put on by Dante in his adventures (minus the swords). Enter: Jake Muller and Sherry Birkin. These two super-human beings will bring about a gameplay style totally new to the franchise by using actual melee moves to fight enemies. It makes sense, too, since Sherry’s unlike other young women in that she still has traces of the G-Virus coursing through her blood, and Jake is…well…Albert Wesker’s son. So of course their experience isn’t going to rely (on horror!) entirely on shooting like Chris and Leon’s scenarios.

We already saw Jake performing some very Wesker-ish moves (like father, like son) in both of the game’s trailers. We also caught a glimpse of him using a gun, too, so it won’t all be hand-to-hand combat. However, it’s the fact that players will actually be getting a new experience in terms of gameplay when they tackle Jake’s story that’s quite significant. Sure it’ll detract from the series’ survival horror roots even more than Resident Evil 5 did, but really, who can deny how awesome it’ll be to control the son of Albert Wesker and be able to perform all those crazy moves we saw his father do over the years. It’s definitely going to be fun, that’s for sure.

Jake’s scenario will have many distinct gameplay styles all meshing together by the looks of things. We saw the close quarters combat as he’s surrounded by a group of J’avo, taking them all out in a way that’ll make his father and Dante proud (pizza at Dante’s after all’s said and done!) and we also saw a bit of gunplay in the now traditional over-the-shoulder view. Then there was that big chase sequence where we see Jake and Sherry desperately trying to escape a huge B.O.W. through the streets of the Eastern European state of Edonia (where Jake worked as a mercenary before the C-Virus-infected shit hit the fan). I’m sure there’s going to be quick time events at work here, and it’ll make this chase scene quite exhilarating and tense. Then we also saw some Uncharted-esque platforming where Jake’s running away from a chopper that isn’t happy to see him. The whole world is out to get the poor guy… 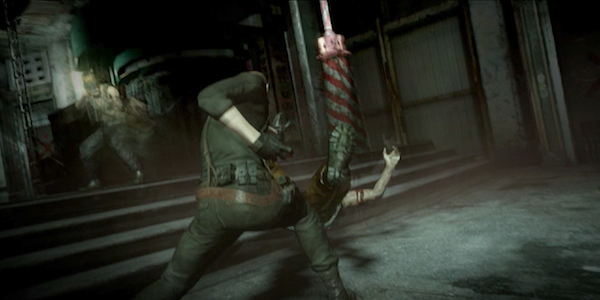 Another mechanic I think will come into play will be countering foes’ attacks and taking their weapons. Then you’ll be able to use their blades or other sharp objects against them, or opt to throw them at enemies shooting at you from a distance. I think combat should be as smooth and satisfying as it is in both Devil May Cry and Rocksteady’s Batman titles, especially the latter in regards to countering. It’ll be wholly satisfying swiftly going from enemy to enemy, hitting them with ferocious strikes and kicks, interspersed with some dodging and weapon attacks. And going back to enemies with guns, I’m sure you’ll be able to perform some sort of dodge move to evade bullets, too, as long as you time it right of course!

Back let’s go back to the platforming now. I think there’s going to be a lot of scaling buildings and jumping across rooftops when playing as Jake, especially during the start of his scenario when you’re in Edonia as you’re being chased by choppers and that big B.O.W. we’ve seen in the game’s trailers. I’m sure there’s going to be a load of set piece moments in this scenario, throughout both the Edonia and China segments. There may also be a good amount of jumping at incoming vehicles and taking out the infected drivers, whether said vehicles are on land or flying (remember we already saw Jake jumping at an incoming aircraft to take out the infected pilot). Yeah, things are going to get pretty crazy.

Out of the three main scenarios, Jake’s is definitely going to be the most fast-paced. The guy is constantly on the run from Ada and her army of J’avo because of his blood. And I think that’s going to translate to many situations where you’re be forced to flee, dodging obstacles and doing a whole lot of platforming along the way. Jake is pretty much a wanted man on a global scale, thanks to the C-Virus outbreak and his blood being the key to it all. Being Wesker’s son doesn’t help the situation either. And I’m sure he and Chris might engage in fisticuffs at some point in the game, and it’ll be quite funny and epic to see Jake perform some of the same moves on Chris that his father did on him in the past (poor Chris is going to be used to clean a table again!). 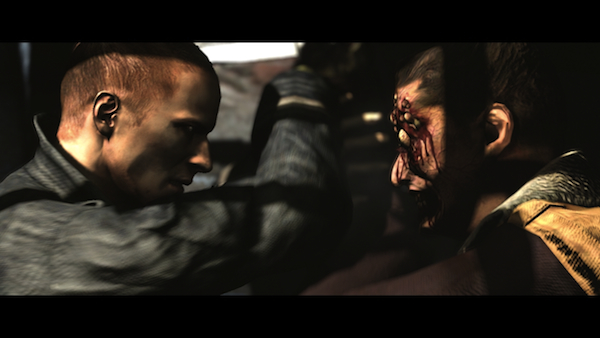 The Devil May Cry relations don’t end with the gameplay, though. Jake and Dante’s stories are also somewhat related in a way. Both are sons of very powerful men that are greatly feared (Sparda and Albert Wesker). Dante and Jake are also mercenary-like figures, with both of them even fighting for their mothers in a way. Being raised without a father, Jake was left with the responsibility to not only look after himself but also his mother. He would do this by using the money earned by being a merc’. Dante on the other hand fights demonic forces despite being one himself, and he’s driven to do so because of demons being responsible for his mother’s death (and for his brother joining the dark side). Hell, I wouldn’t be surprised if Jake’s driven to fight bio-terror due to his mother being killed by the J’avo early in his scenario. Not entirely the same, but quite similar. Then there’s Sherry.

Sherry’s back in Resident Evil 6 after a long absence in the series. Her main mission, given to her by the US government, is to protect  Jake, whose blood can be used against the C-Virus. I’m sure as their story progresses, so too will a strong sense of love develop between her and Jake (aw). I think Sherry’s going to remind Jake a lot of his mother and the care she gave him, especially with little Ms. Birkin risking her life to protect him from other interested parties. This brings up the relation between Dante and Trish.

Dante saw a lot of his own mother in Trish, which made him care a lot for her. But at one point in the original game it was revealed how Trish was just a puppet for Mundus, until she started to actually care for Dante after he saved her. Now let’s go back to Sherry and Jake. I don’t think Sherry’s a puppet for an evil mastermind at all, but I do think her being the daughter of William Birkin is going to cause some tension between her and Jake. Especially when Jake finds out more about his father and what him and William set out to do. But then after Sherry saves Jake after a near-death experience at some point, Jake will have a change of heart towards her, seeing that she’s not the same person her father was. Couple that with Sherry possibly reminding him of his mother and then you have love.

At some point in Jake’s scenario, I’m sure we’ll see him cry, possibly after Sherry being hurt badly and looking like she’s dead, with him holding her in his arms. Yes, even Weskers may cry.