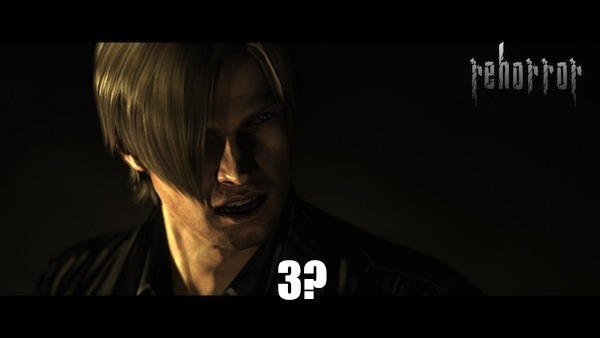 September 24th was a great day. Amazing in fact. It was my 22nd birthday. I spent time with my family, enjoyed some games on my new TV, and even got a nice surprise by Sony in the form of Resident Evil: Damnation on Blu-ray, a day before its official release. I was hoping my Resident Evil 6 review copy would come in, making it the best birthday of all time, but nope. It would arrive a couple of days later.

Wednesday came around and I finally got my hands on a retail copy of Resident Evil 6. I was in heaven. I immediately unboxed the press review copy package and admired everything included (unboxing video will be posted soon!). Then it was time to pop it into my Xbox 360 and play the game! I almost played Leon’s scenario straight through, with little breaks in between. It was amazing. A few days later and I had conquered the entire game, so it was time for my review.

It was Monday, October 1st, and I was starting to type up what would be quite a lengthy review for Resident Evil 6. I was generally amazed by the entire package, with Leon’s scenario proving to be quite special. So I knew I would definitely be giving the game a high score. Which I did end up doing, giving it a 9 out of 10. But then, as I was writing my review, I took a break and saw all the reviews from various publications being posted. 4.5 out of 10? 3 out of 10? Ouch. 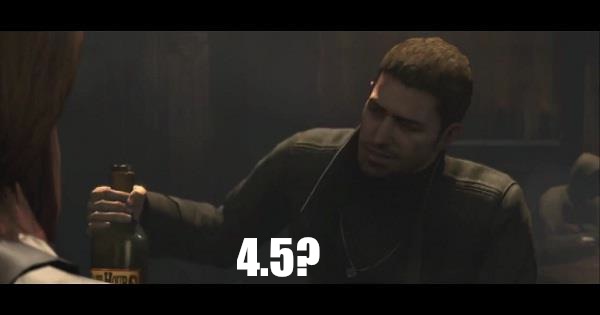 As you can imagine, I was quite upset to see Resident Evil 6 getting such low scores and mixed reviews. Yeah, yeah, I know: Not every game one’s eagerly looking forward to is going to end up being a masterpiece. But I couldn’t help but feel bad after seeing all these low numbers, and reading all the words behind them. Let me make this clear: I won’t be firing shots at any outlet or specific reviewer in this column, not whatsoever. I’m going to keep it professional and just offer my own opinion on this whole controversy.

I’ll admit, the entirety of the game wasn’t the masterpiece I was expecting it to be. We have four full blown scenarios to play through, and in the end, only one of them ended up being downright amazing and near perfect, of course I’m referring to Leon’s campaign. It wasn’t a full return to horror, but it was still a beautiful mix of classic and modern Resident Evil nonetheless. I still think Resident Evil Revelations did a much better job at actual survivor horror though, which is why I think overall, said 3DS exclusive is better than Resident Evil 6. But that’s another story. Despite Leon’s scenario being quite a gem, that still wasn’t enough to warrant the game generally positive reviews. Which makes sense, of course.

We’re dealing with a game that has four campaigns. Each offers its own style of gameplay. Leon’s is the most traditional, Chris’s is even more action-packed than Resident Evil 5, Jake’s is a nice experimental mix between Resident Evil 3 and 4/5’s gameplay styles, and Ada’s is more of Resident Evil 4’s style but with a small dose of traditional RE. Logically, if all four campaigns (with Ada’s being unlockable) aren’t superb, then the whole game can’t really be called an amazing entry in the series. That’s unfortunately what ended up happening here. Fans wanted a return to survival horror, and with Resident Evil 6, they only had Leon’s scenario which catered to them (to a certain extent). That wasn’t enough, despite Leon’s game being the lengthiest out of the four. 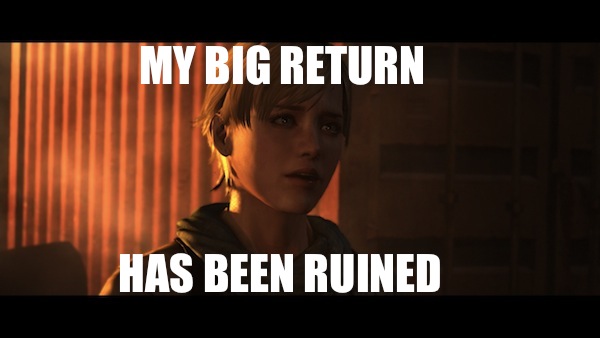 Personally, I loved each of the other three scenarios immensely. Yeah, I was disappointed with certain aspects from each, but in the end, they were all memorable and highly satisfying experiences. None of them reached the level of quality found in Leon’s though. Would Resident Evil 6 have been met with such mixed reviews if the whole game was like Leon’s scenario? Or what if Capcom decided to just make the game be all Leon, making his campaign a little lengthier? That might have resulted in a completely different response to the game, in my opinion. And it would have shot down Capcom’s attempt at “dramatic horror” which I think they succeeded with, with a game that definitely pushes the series forward in terms of storytelling. But that would still leave the issues people are having with the camera and controls…

Ever since players got their hands on the demo included with Dragon’s Dogma, complaints started sprouting in relation to the way the camera was positioned, and the overall controls. Many claimed that the camera was way too close to their character, and that hindered the experience for them, since that took away from your view of what’s in front of you. It was easier to get hit by incoming zombies or J’avo, thanks to not being able to see as much when aiming your gun in the now-traditional over-the-shoulder perspective. Yes, the camera was much closer than it was in Resident Evils 4 and 5, but like I stated in my review, this never proved to be an issue with me. What I disliked from this build of the game, though, was the screen-tearing, but thankfully there’s none of that in the final version.

The controls were also met with complaints. And aiming was pinpointed as not feeling accurate, making headshots harder to pull off, especially with the default Operation Raccoon City– type aiming reticule. I found the aiming in this game to be more realistic, which made encounters with enemies even more intense, with the addition of being able to move and shoot. Which brings us to the next topic: moving and shooting. This was something that has been demanded by fans for quite a while, but in bringing this new feature to the series, we will also see a boost in action, naturally. In the old games a lot of the tension was brought about thanks to not being able to move and shoot, you would have to pay close attention to where you would stop to pull off your shots against incoming zombies. Now, in Resident Evil 6, the enemies are smarter and more agile, with zombies wielding melee weapons and the J’avo packing guns, because you have to complement being able to move and shoot with such enemy behavior. You can’t have slow enemies and a small enemy count with such a feature, it just wouldn’t feel right. So, great, we can now move and shoot! But that comes with more action, which is a word fans love to hate. 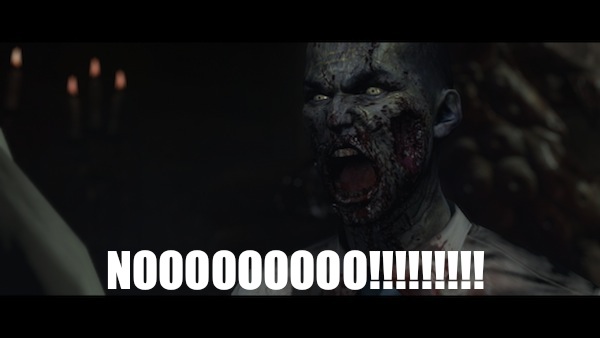 Capcom tried to make everyone happy here, both the longtime fans and the more recent ones, and ultimately that’s what led to the game getting mixed reviews, with a whole lot of negative review scores. You just can’t please everyone, and in the case of Resident Evil, with so many, myself included, wanting the series to go back to its roots full-time, there was bound to be many upset players thanks to the changes the game brings. But then again, evolution is a good thing, right? Resident Evil couldn’t stay the same forever. But then again, let’s look at Silent Hill. That series isn’t afraid to embrace its roots, and that’s why Downpour was a true survival horror experience, which ironically enough was met with similar scores as Resident Evil 6 is. But for Konami’s series, it makes sense to not go the action-route, due to its psychological horror nature, but I’ll delve into that argument in a separate article in the future. It’s different with Resident Evil.

Resident Evil 6 brought about a plot dealing with the threat of a global outbreak. All four scenarios’s settings span various parts of the world, with every character’s individual story intertwining with one another at the end in China. We aren’t dealing with a contained outbreak in a mansion or another enclosed facility anymore. The stakes are now higher, and the threat is at a much grander scale. A boost in action is definitely something that’s a byproduct of that. Hence why even Leon’s scenario, the most traditional in the game, has action elements in it, especially towards the end. It’s epic, and I absolutely loved it. It made sense with the huge story the game was telling. If the game was set in one giant enclosed area, for example, and had as much action as this game ended up having, I definitely would be disappointed, seeing as how enclosed areas (to me at least) warrant a slower pace and less action like Jill’s sections from Revelations. But that doesn’t mean that I don’t want to see the series go back to being true survival horror. I’m also waiting for that! However, that doesn’t mean I’m going to look down on an entry just because it’s trying something different.

A lot of the game’s mixed and downright negative reviews all pinpoint how the series has lost its way, and how the game isn’t like Resident Evil *insert any number from 1-3*. And that’s no way to treat this game, in my honest opinion. Yes, it’s a Resident Evil game and being as such, there are certain expectations from fans, with horror being chief amongst them. But we should take this entry for what it is, as a solid video game itself. There really are some amazing moments here, some that rank as the series’ most memorable. We’re still dealing with B.O.W.s, we’ve just come to a point in the series’ life where it has evolved to a different beast entirely. Yes, Capcom should not be afraid to embrace the series’ roots (I love you, Plant 42 <3). but it also shouldn’t lose sight of what works in the series’ modern standing. Like I said in my review, if Capcom can take what they did with Leon’s scenario and take it even further in the survival horror route, then I think we would have the masterpiece we’ve been clamoring for. Keep the action at a minimum, like Revelations did it, and I think fans will be happy. I do applaud Capcom for giving us so much for our $60 though, Resident Evil 6 is definitely a game I’m going to be playing for a very long time, despite what other critics may be saying about it.

How do you feel about the game? Feel free to provide your own mini-review of the game in the comments below, but please keep it spoiler-free! I really want to know if there are others who really love the game for what it is.