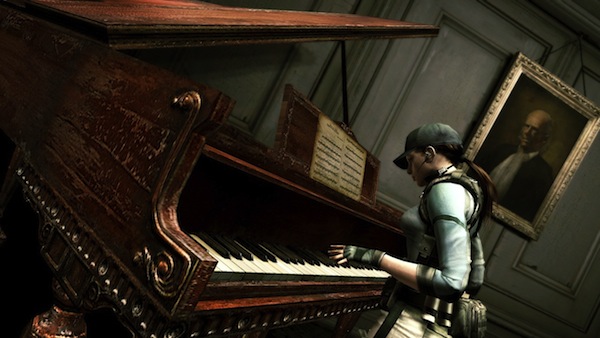 It’s surreal to think about, but we’re already in the early days of a brand new console generation. With the three major competitors in the market offering their latest, you’re bound to find the One 4 U. So with this latest installment of reHorror, I’ll be looking back at my most cherished memories from Resident Evil in the past generation. I’ll only be focusing on the good here, the “bad” merits its own article at a future date. From Resident Evil 5’s debut trailer to Resident Evil Revelations’ return to the series’ roots, there’s a good amount to cover. So, let’s get STARted! 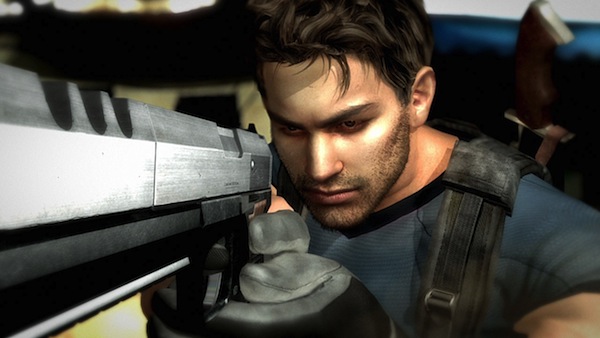 After the success of Resident Evil 4 and its evolution of the series, fans were very anxious to see where things would go next. Specifically, they wanted to see what a next-gen (at the time) Resident Evil would look and feel like. The over-the-shoulder perspective was now in effect, and a more action-oriented style of horror, but fans were definitely not expecting what Resident Evil 5 ended up being. But let’s back up a bit. Let’s go back to the game’s actual debut.

Resident Evil 5 debuted with an amazing teaser trailer showcasing Chris in a desert environment all on his lonesome. His seclusion would end up being invaded by shadows of what seemed to be zombies, though more agile ones that what fans have become accustomed to (not unlike RE4’s infected). It was an awesome set-up for what looked to be a terrifying new nightmare for fans, one that utilized the use of daylight as opposed to darkness. We were also expecting some form of hallucination mechanic to come into play, further deepening Chris’s struggles with the horrors he would confront. But, none of that came to fruition. I mean, yeah, we did get desert-like environments and a strong dose of sunlight in the final product, but Chris wasn’t alone and the game was far from scary.

But it was that debut trailer and the months that followed that proved to be memorable for many fans. Speculation was running rampant, specifically focused on who the main character would be. Billy was a strong contender, and many likened the shown protagonist’s appearance to him. It was a fun time to be a fan with back-and-forth theories being thrown around, but the end game ended up polarizing said fans. Oh, and then there was another trailer that gave us a glimpse of a woman at the end which we all thought would be an older Sherry. Fun times!

Return to the World of Survival Horror 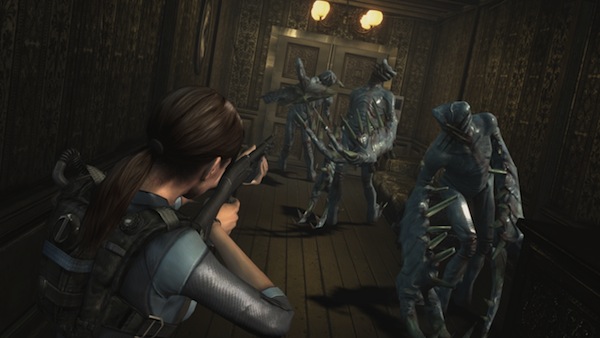 When Resident Evil Revelations was first announced, we got some exciting footage showing Chris and Jill in a ship which definitely brought back memories of the classic mansion. Hell, we even got to see a quick glimpse of HUNK in the trailer, going up against an unknown BOW. Zombies were also shown. All this indicated that Capcom had heard the outcry of fans following the release of Resident Evil 5, and that they were going to drop them back into the world of survival horror on the Nintendo 3DS, and later back on home consoles.

While not scary on the level of the Remake and Resident Evil 3, Revelations succeeded in bringing back that old-school feel and level of tension spawned by resource management, more scarce supplies, and actual suspense and terror, while still continuing to utilize and refine the mechanics first introduced in Resident Evil 4. For many, this was the game Resident Evil 5 should’ve been, as we got to see Chris and Jill in the BSAA’s early days going up against a terrorist organization and their T-Abyss virus; a virus that would be used to infect the world’s oceans. It was a great set-up for a new chapter in the series, while pairing two beloved characters together for another go-around. The new Ooze enemies were a blast to confront and their creepy appearance was a great refresher from the villagers and gun-trotting enemies fans had started to get accustomed to prior.

Revelations brought back memories of going through that dreadful mansion all those years ago. It made players slow down and be cautious about what may be waiting around the next corner; a feeling that was sorely missing from the series as of late, where you could just throw a grenade around the corner. Capcom should really utilize the template they have in place with Revelations and use it to give fans another old-school entry in the series. How about using it for that Resident Evil 2 remake, Capcom? Please? Oh, and don’t get me started on Raid Mode. This was the perfect answer to cooperative play, with a standalone mode that served as its own game. It became quite an addiction. 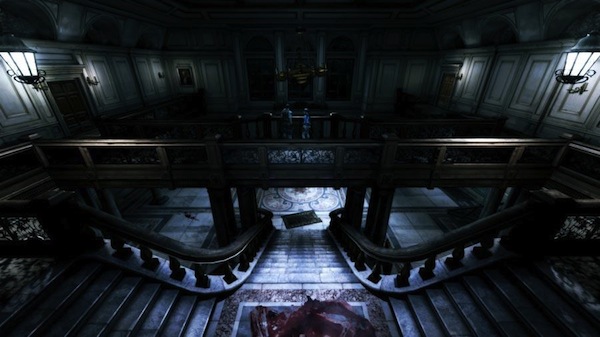 I say this over and over again: Resident Evil 5 is a great game. It’s one of the most satisfying co-op experiences out there. But a great survival horror game it’s not. Capcom heard the cries of fans and gave them a DLC chapter titled Lost in Nightmares. Now that was more like it.

Lost in Nightmares, like Revelations, brought back the classic all-STAR pairing of Chris and Jill as they were pit in another horror-filled house of evil. This time they were in the actual home of Spencer, the series’ longlasting behind-the-scenes baddie. Actually finding him in the sprawling estate wasn’t easy, though. This short chapter went old-school and focused more on exploration and actual scares than the main game it’s attached to. You couldn’t go around wasting all your ammunition against the game’s singular type of horrifying BOW, so fleeing became a friendly option. It felt like a heavenly old-school slice of Resident Evil, wrapped in Resident Evil 5’s gorgeous visuals. There was even a little treat in there for longtime fans that enabled a classic fixed camera angle.

Lost in Nightmares was truly creepy, and it even stripped you of all your weapons at one point, making you use your brain(sssss) to evade the monsters. It was everything I had hoped Resident Evil 5 would be. If Capcom had simply expanded on what they offered with this DLC beforehand, then 5 would’ve been a beloved successor to RE4, and one that would continue to honor the series’ roots. I can’t even tell you how many times I beat this DLC. One other reason I really remember and cherish it is because it came out during a tough part in my life. It helped me overcome the troubles I was facing by offering a distraction that catered to the child in me that grew up in the world of Resident Evil. It was a great escape from everything going on in my life at that point; an escape into the world of survival horror I adore so much.

The Return of Zombies 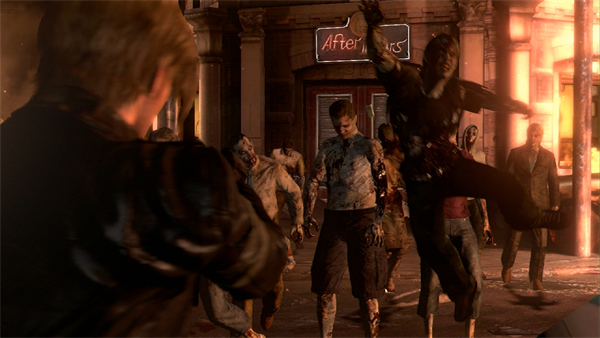 Resident Evil 6 didn’t exactly win over longtime fans and critics as Capcom hoped it would, but one thing all fans were happy about was the return of zombies. It had been way too long since one of those rotting corpses reared their decomposing head, looking to tear us apart. Resident Evil 6 finally brought them back in Leon’s campaign, thanks to the C-Virus.

The zombies here were relentless and attacked in bigger hordes, much deadlier than the ones from the classic games. But, of course, we’re also better equipped in modern Resident Evil to take on these foes. So that does diminish their threat. Regardless, it was very nice to see them make a big return, even if it was just for one scenario (and the Mercenary mode, of course). They also came in different forms, each proving to be welcome additions to the classic zombies we love in the series. Screw those damn shriekers.

Memories of a Lost City 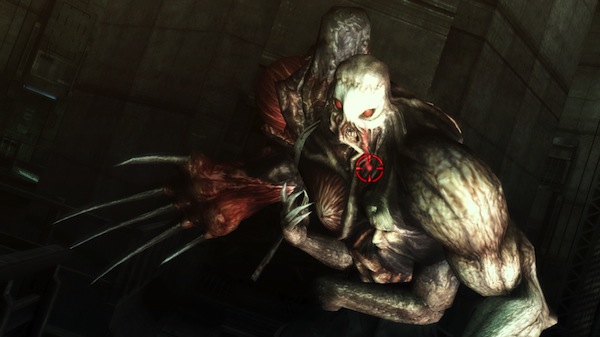 It’s been years, but we’re still waiting for a remake of Resident Evil 2. Capcom teased the hell out of us by showing us what such a remake can look like (on the Wii originally, at least) with the “Memories of a Lost City” scenario in Resident Evil: The Darkside Chronicles.

This scenario retold the events of Resident Evil 2 in an abridged fashion while still letting us relive all of the original game’s memorable moments. The one major difference here was that Leon and Claire were always together, due to Darkside Chronicle’s co-op nature. But that didn’t stop this scenario from stealing the show. It was beautiful and amazing to go through it after so many years of replaying Resident Evil 2 countless times. After completing it, on both the Wii and later on the PS3 with the HD version, I was left even more wishful for that much-demanded remake of the game. Make it happen in this new generation, Capcom!

Well there you have it! What memories are your favorite from the series in the last generation?