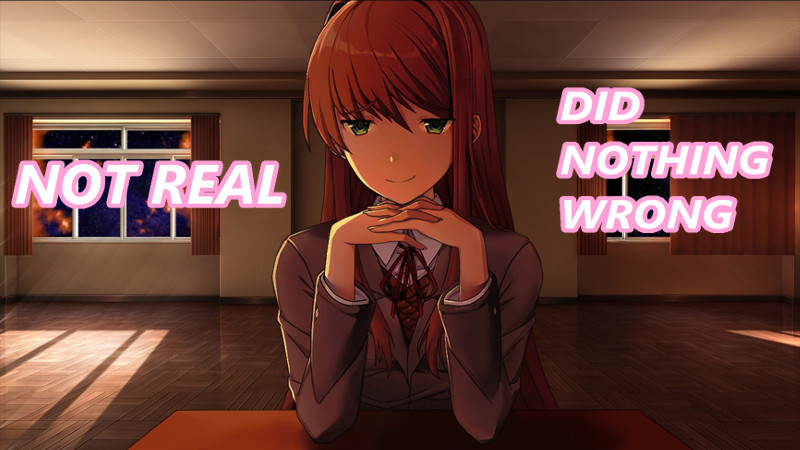 Doki Doki Literature Club is a game that has racked my brain ever since I first played it. Like many others, when I first decided to play it, I didn’t anticipate what I was truly getting myself into. I knew that it was a horror game, I saw and appreciated all the dark and edgy memes, but what I didn’t expect was one of my favorite horror stories ever made. A story that presents dilemmas that many may not truly realize were there (dilemmas that may or may not had been considered by Team Salvato either). While I’ve grown an attachment to all the members of the literature club, I find that most of what makes the story stand out to me can be traced back to the game’s primary antagonist Monika, the self-aware president of the literature club with a sinister habit of deleting things.

Allow me to be Captain Obvious for a moment here, but at no point in Doki Doki Literature Club was the game actually falling apart. Within the context of the story, all of the glitchy spooky happenings are a side effect of Monika tampering with the game’s files so that she can get laid. Although we know that Doki Doki Literature Club wasn’t actually developed to be an anime dating game, and that everything that happens in the game — from Sayori’s suicide to Monika trapping and isolating the player — was all written and crafted to happen and be experienced in the exact way that it does, just like with every other traditionally crafted story in existence.

I bring all of this up because there is immense irony in Monika’s character. DDLC would have us believe that she aware of her status as a video game character and that she is deeply in love with the player (not the player character). That irony is that her love and self-awareness is a complete farce and that she never even comes close to being an autonomous being of her own. Given the fact that she is a fictional character, every single aspect ranging from her actions to her personality, only exist because they assigned to her by the game’s creator (an invisible puppetmaster of sorts). 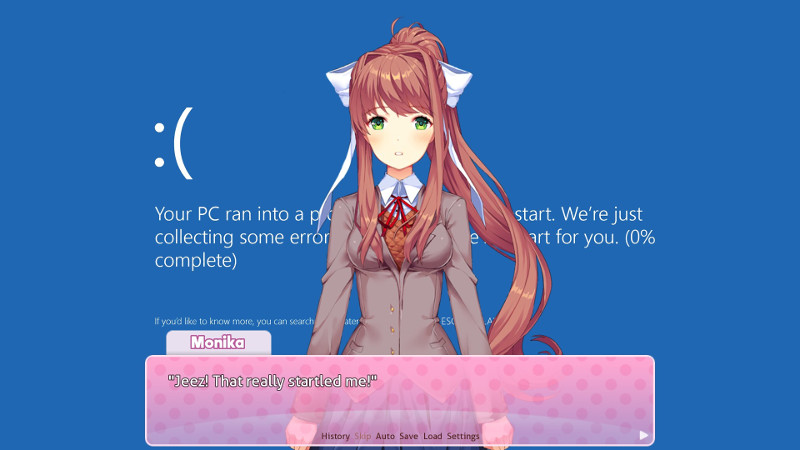 This creates a few rather terrifying problems, pertaining to both the matter of free will and the subsequent crisis of identity that would stem from it. From a libertanistic view of free will, the entirety of an individual’s essence, the entirety of their experiences, are uniquely theirs. One’s own brain, one’s soul, one’s sense of self is the primary driver in one’s thoughts, feelings, and actions. However, if we were to exist in a deterministic world such as the one in DDLC, one where the mechanisms behind the human ego are outsourced to a third party, (i.e being a fictional character controlled by an author) then the vague essence of that individual ceases to be their own.

As for how this relates to Monika, on a surface level, Monika’s purpose (as well as everyone else’s purpose) is to be a dating simulator waifu — to romance the player. This purpose is instilled in the character as the motivation for all their actions, but due to the deterministic nature of DDLC, the central goal around a character’s existence is one that is entirely impossible to actually fulfill (so enough hard work and dedication won’t make your dreams materialize, and maybe nothing will). This person was literally created with the intention of being denied the ability to be loved, a fundamental component of living a healthy self-actualized life. On the other hand, if every aspect of this world is predetermined, then her need for love and the romantic sentiments she expresses towards the player are also shallow and meaningless as they are not genuinely formed from relationships and interactions. Additionally, our sense of morality has to be questioned and addressed as individuals would no longer have agency in their actions. How can Monika be condemned for convincing her friends to get bent, when she had no agency? There is an exterior author of everyone’s suffering. 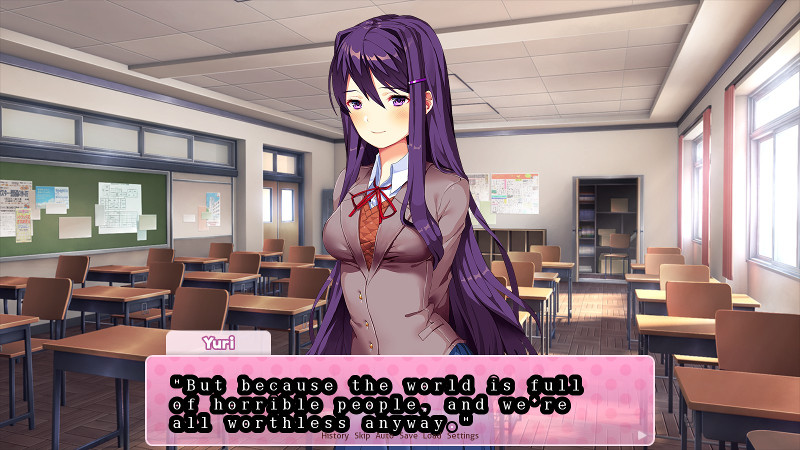 As a side note that will pour salt into an open knife wound, from Monika’s perspective, her situation becomes even worse when considering the role that she actually serves in the game. Not only was she spawned so that she could suffer an eternity in the void as an incel, but she also gets to be an antagonist in a horror game who murders all her friends. While she may have seen her deletion of the other girls as an attempt to overcome the will of an invisible puppet master, in reality, she never did anything that Team Salvato didn’t want her to. As Monika expresses in the final act of the game, life in the world of DDLC, life in a world like DDLC, is meaningless. Perhaps some may not be bothered by the idea of no agency in life, but I know I sure as hell am.

Monika’s story in Doki Doki Literature Club at its core is a tragedy. It’s a story about a character that only wants to experience love, something that is virtually universally desired, but who’s been damned to an eternity of isolation by her creator, making her more of a victim than the characters she murders. Monika’s awareness is a curse by the developers ensuring neverending suffering. At least the other clubmates were oblivious to their reality. With this knowledge, Monika can try all she wants to change her fate, but it’s all for naught because the inherent fictional nature of her existence prohibits her. Any of her attempts to overcome her reality weren’t really attempts at all. 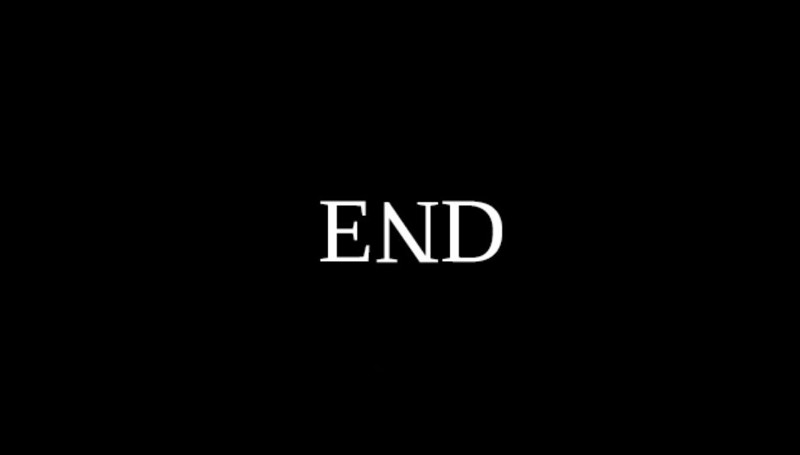