Is Capcom officially out of touch with its fans? - Rely on Horror

Is Capcom officially out of touch with its fans? 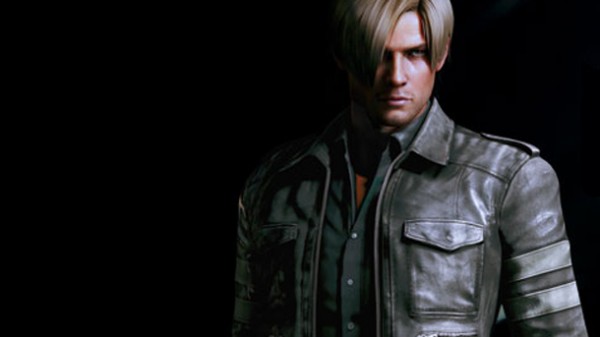 About a year ago, I was pretty excited for the release of Fallout: New Vegas, as I was (and still am) absolutely enamoured with the Fallout universe.  I knew that I didn’t want to miss out on the collector’s edition while it was still relatively inexpensive, so I purchased it alongside a digital copy for Steam.  It came with a bunch of themed items styled after things you’d find in the game.  For instance, poker chips from each of the casinos on the New Vegas strip, a set of playing cards with different characters on it, and a replica of the Platinum Chip from the Lucky 38 that the Courier was carrying.

I don’t have much of a practical use for these items – they’re essentially toys.  Although I did open the package, I’d never use the contents inside, as doing so would decrease their overall value.  But much like physical media in the digital age, there will always be a market for these kinds of things.

They’re something that you can put on display to tell the world how big of a fan you are of a particular subject.  A little piece of gaming history available for purchase for Jimmy and Janey Everygamer.  Not everyone feels this way of course – you either buy and treasure these collector’s editions, or you think they’re a waste of money.

However even the most adamant of collectors had to wonder what was going through Capcom’s mind when they came up with their idea of a ‘premium edition’ for Resident Evil 6.  Obviously, they were trying to offer their fans the opportunity to show just how big of a fan they really are.  The premium edition would include the game itself, probably in a fancy tin, four separate covers for a tablet and a replica of Leon’s in-game jacket.  Admittedly, I was tempted – until I saw the asking price. 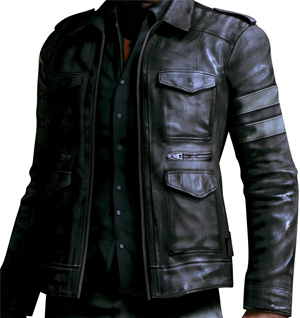 I know I’m going to get a lot of “that’s the beauty of capitalism” remarks and saying that if I don’t like it, I shouldn’t buy it.  It doesn’t matter.  It’s a bad buy; like sticking a Neon engine in a Ferrari.  Sure, it still looks nice and all power to the fool that buys it, but it would be a purchase he’d soon regret.

You don’t need to be a math wizard (of which I am not) to figure out that the bulk of that price is going towards Leon’s leather jacket.  Just for laughs however, I broke down the purchase and looked at each promised item individually.

The four tablet covers are more than likely going to be exclusively for the iPad.  How do I know this?  Because to a large portion of the population tablet is synonymous with iPad. There are no other tablets on the market.

Also, it wouldn’t make much sense financially for Capcom to manufacture a bunch of tablet covers for different devices on the off chance that one of the people who purchases the premium edition would have one of those other tablets.

Looking at iPad covers, the most you’d pay for one is over $130 – this isn’t one of those kinds.  It wouldn’t make much sense to take a premium cover and smear Leon’s gorgeous face on the back of it.  The least you’d pay is about $10, but because I have faith in Capcom, let’s say it’s one of the nicer models.  Like this one.  So $20 a pop, that’s $80 for four of them.

Doing the math gives us the answer we expected.  The tablet covers are $80, but game is about $60.  That leaves $1160 for the jacket.  A replica jacket.  A jacket that isn’t even Leon’s most iconic piece of clothing.  A jacket which will lose about 80% of its value as a collectible once you take it out of the box it ships in and about 90% of that value should you ever decide to wear it. 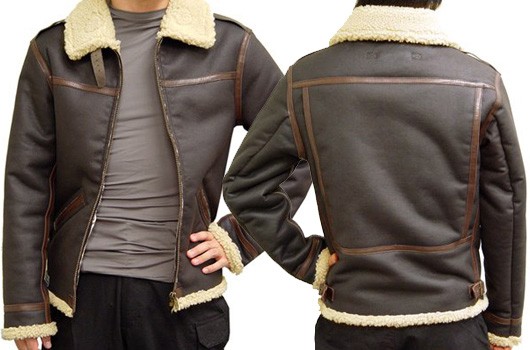 When Capcom was actually selling this jacket, it was only $315

And if your intention was to wear it, why would you?  Other than for cosplay? Do you expect people to look at you and shout “HEY!  It’s Leon from that game!  You know, the one where you shoot Asians!”

Editor’s note: because…you know, a good part of the game is supposed to take place in China…

Is Capcom really that out of touch with its fans?  Not only to offer something that the majority of its fanbase couldn’t possibly afford, but to demand so much for so little?

I wouldn’t have so much of a problem with this asking price if there were some other decent collectibles here.  What Capcom is actually offering in this purchase is a game that might not even be any good and four products which are useless to people who do not own another luxury device.  And an expensive coat. 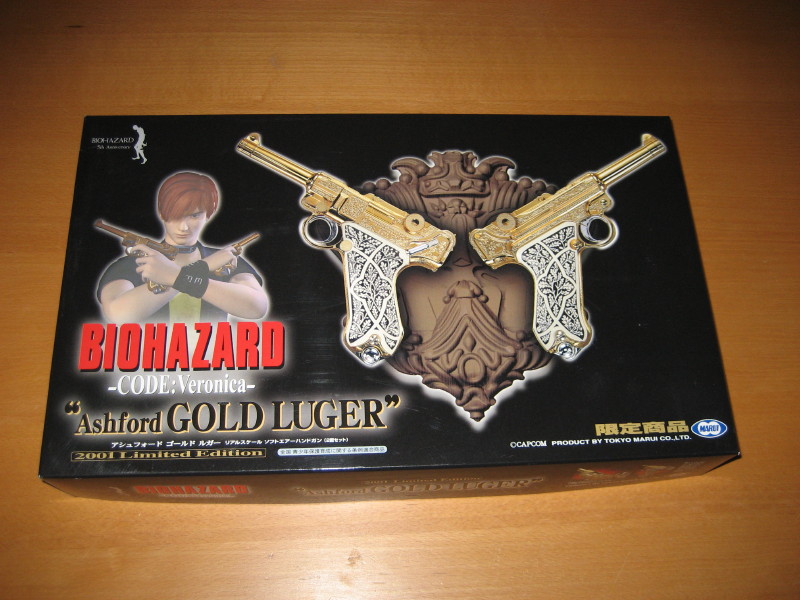 Where I live, if you took these guns outside, you’d probably get arrested.  Still want ’em.  Include those, Capcom!

The Resident Evil 15th Anniversary Collection, currently exclusive to Japan (…sigh) features Resident Evil 1 – DC, 2, 3, the Revival Selection (REvival?  Includes RE4 and Code Veronica), the Code Veronica Soundtrack, the RE4 Soundtrack and more.  Well more being some pins and stickers.  The retail price?  7800 yen, or $97.  And it includes almost every canon game in the series!  Why not include that for $1300? 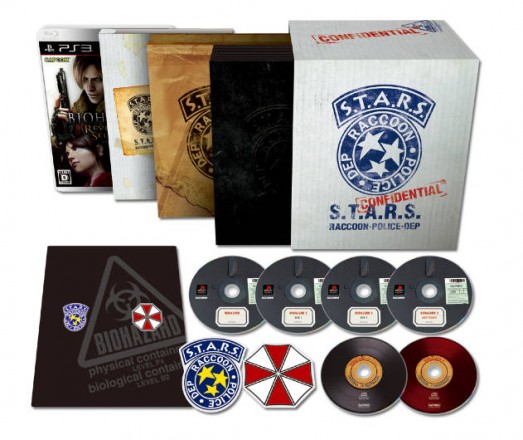 This isn’t exactly the first time that Capcom has gone a little overboard with licensed collectible products, or even for Resident Evil.  Remember their collection of Airsoft pistols?  They were nice, but they could set you back almost as much as an actual handgun for what was a plastic bb gun (correct me if I’m wrong about the plastic bit).  Microsoft released a red 360 with Resident Evil 5, but it was still a working console.

I’m an advocate of doing whatever the hell you want with your money.  You work hard to get it, so it’s yours to do with whatever you please.  But if you’re really dead-set on picking this up, think about it for a minute.  Who is actually benefiting most from this transaction?  It’s not as if it costs a whole hell of a lot to fashion some gel (or plastic) to make a tablet cover and we’re not sure how well-made the jacket will be just yet.  But it probably isn’t going to be $1160 good. 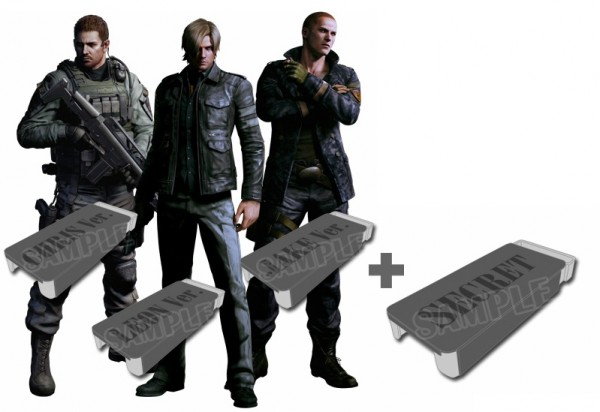 On closer inspection, those actually look like iPhone cases…PHONE CASES?!  Are you fucking kidding me?!

You’re doing this for the benefit of a company with a proven track record of ripping off dedicated fans like you.  This is a company that in the last year alone has been found guilty of on-disc, day one DLC, data locks, killing off a beloved franchise and (for a long time) releasing the same game over and over and over again.  This is a company that gave us a gigantic middle finger by allowing Operation: Raccoon City to be released in its current state with such sub-par quality control, not only making the game itself look bad, but making the entire series look bad!  Sorry if you’re a fan of the game, but many outlets called the game one of the worst in the entire series, one that tarnishes the RE name.

Last but not least, this is a publisher that has openly stated it would rather go after the Call of Duty gamers than appease the fans that made Resident Evil what it is today.  I would argue that a gradual shift towards action is a necessary evil, but all but stating you’ll be abandoning your core survival horror audience?  That’s cold.

It’s okay to be passionate about the things that you love, but be smart about it.  If you hate Capcom’s practices, don’t pay them more money than they deserve.

If you’re dead-set on getting yourself a coat that resembles Leon’s, try an alternative.  You’ll probably get a better deal and you won’t have to worry about wearing the coat around outside.  Try various cosplay outlets or even Ebay.  You’ll be dealing with someone who is dedicated to their work and passionate about the same things you are.

Not a company that seems hell-bent on screwing its fans over at every opportunity.