Into the Void: Triple Threat 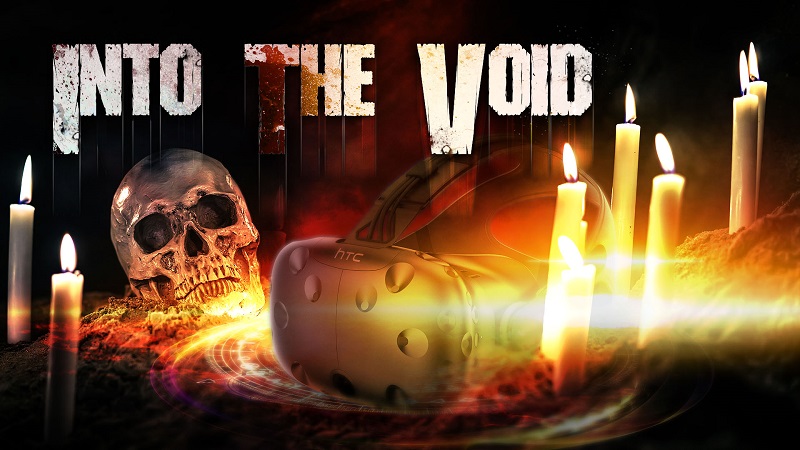 The sleep was over. Agony shot through my nerves; a reminder of my existence. I brushed the soil from my eyes and staggered upright. There was not much time. What damnable realm was this? I grasped at memories, tracing my path, trying to comprehend what sour chain of fate had led to this. I tore my eyes from the sight. To look any longer was to court doom, to think on it any more was to court madness. I searched my person for some out, some rescue. Were these my clothes? I did not remember these tools, these gloves, these… scars. What was this? A blindfold? No, more that, something glimmered on the inside surface. Was this my salvation? No time, the madness still encroaching. I slipped it on, and stepped into the void.

Today, a three parter. I’ve taken a look at some of the shorter, smaller VR horror titles on offer for the Vive. Despite all lasting under an hour, they leave a strong impression, and are well worth a look.

Directionless is an odd one indeed. It’s a short experience claiming to deliberately invoke movement and scale effects to induce a sense of vertigo. Being very susceptible to sim-sickness myself, I was more that a bit skeptical.

Starting off in an unassuming cabin, Directionless quickly takes a turn for the surreal. It escalates slowly, gradually adding more and more strange effects that confuse the senses. Shrinking or growing out of your avatar’s body. Seeing the room slowly twist around you, with gravity acting in impossible ways. Walls falling away to endless, spiraling tunnels. It is the kind of thing that can only be done in VR; without the level of immersion the tech brings, it would not have nowhere near the effect.

At first, it seems like it may just be a bad dream, or simply a surreal trip. The strange occurrences seem odd, but fairly benign: A slight shift in gravity, or the room being filled with balls. Before too long things take a more sinister twist. Amongst the stranger and stranger environments, you may catch glimpses of hooded figures, hear the sounds of strange creatures, or read the glyphs adorning what was once your home. The intensity increases as the ritual reaches its climax, and a moment of clarity shows you the horrible truth. A brief, terrible moment. 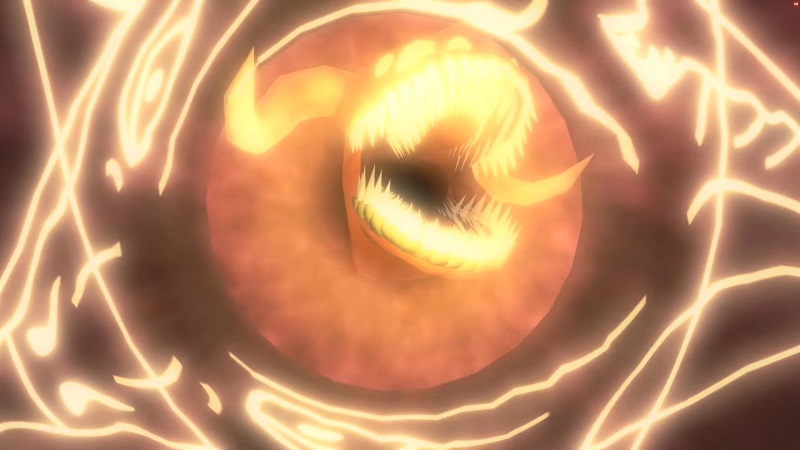 While Directionless really does play on things that might make people feel a bit sick, I can still recommend it as a short, unique experience to those that can stomach it.

Sharing a lot of similarities with Directionless in regards to its presentation – unreliable POV, and an appreciation for the surreal – The Cubicle manages to effectively evoke a sense of dread in the most mundane and normal of circumstances. 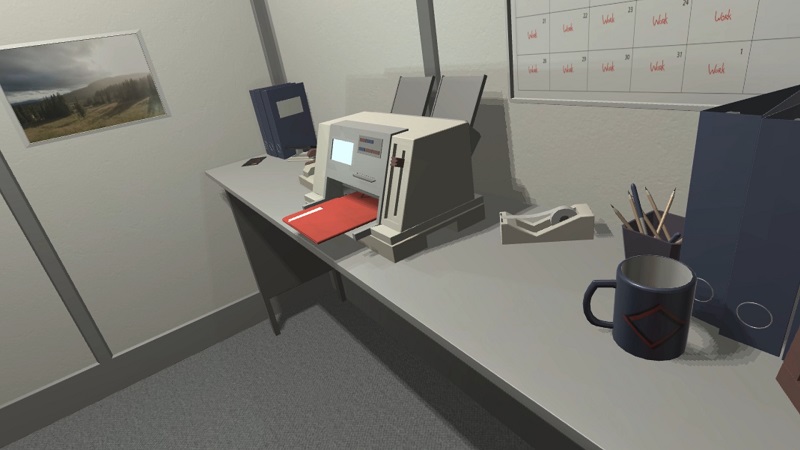 Starting in a fully enclosed cubicle, with little other than a fax machine and two filing cabinets, the player finds themselves performing the tedious task of sorting files by colour. While for many this would be a horrific task as is, The Cubicle manages to take this simple activity and turn it into a nightmare, as you find yourself sucked into an infinite bureaucratic labyrinth.

That simple, tedious task of sorting files is amplified into an abstract, all consuming world, swirling around you, the walls falling away to the fractal endlessness of a cold, unfeeling world of paperwork. You feel like an interloper here, forced into this world as a pawn, but always unwelcome. And as is usual with the best surreal horror, just what is real and what is not is constantly in question. 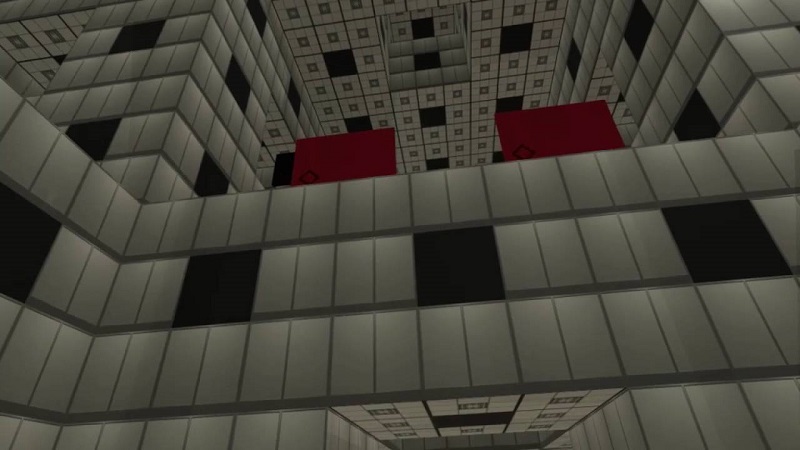 It’s difficult to describe The Cubicle in too much detail without giving it all away, and there are implications that its intent is more satirical than anything. It did, however, make me feel as small and alone as the best cosmic horror does, so I would say it is a worthy addition.

Note: As with Directionless, this can cause minor sim-sickness. I found it mostly comfortable, but play with caution.

Normally I’d be unwilling to include a demo in an article like this, but Abbot’s Book deserves special mention. Even as a demo, it is similar in length to the other two, and dripping with atmosphere. The demo casts the player as the head of a noble estate, descending into ancient catacombs in search of a missing son. The dialogue between your character and his priest companion is well acted and written helping to establish character personalities and motivations quickly. It’s another testament to the power of VR that I almost instantly fell into the role of the character. I am neither the lord of a wealthy estate, nor a father, but for that short duration I was, and I would find my son, or die trying. 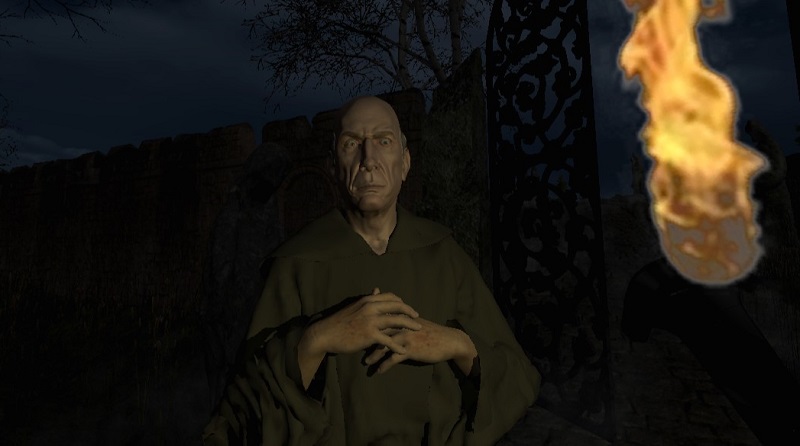 Hearing voice lines come from myself, and having limited but near constant influence over my character’s interactions helped to reinforce the role that I was playing, and created an incomparable sense of immersion.

Abbot’s Book also showcases the Vive’s ability to render jaw dropping-ly beautiful environments. There was more than one moment when I rounded a corner and saw something staggering that caused me to pause and soak in the atmosphere. The constant, relevant chatter between the two main characters further reinforced that the vistas I saw were not just for show, but integrated parts of a world I very much want to explore further. 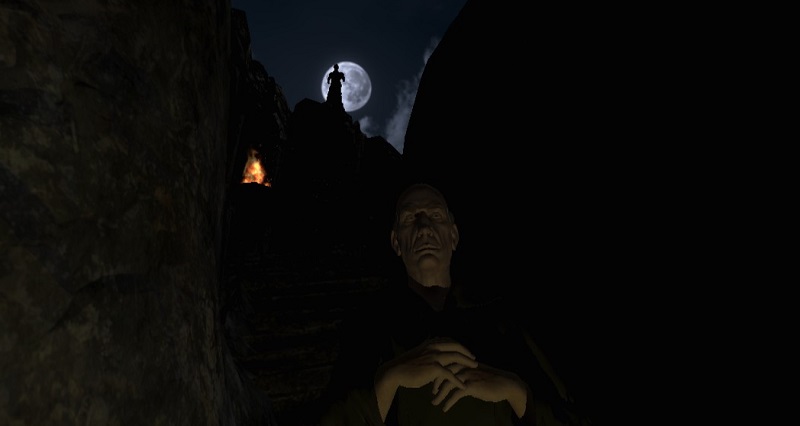 The fear in Abbot’s Book comes in two forms: The fear of loss of a missing son, which comes through in the performances very well. I sympathized with my character and wanted to help him. The second form is more traditional, but still expertly woven; the creeping, deep seated fear of the unknown. The chill down the spine as you descend into the darkened tomb, catching glimpses of movement in the corners and hearing the echoing cry of some terrible thing in the dark. I can’t wait to see how the full game develops.