We were recently fortunate enough to have some hands-on time with Nicolas Games’ Afterfall: Insanity.  If you haven’t already, you can take a look at our preview here.  In addition, the folks at Nicolas Games answered a couple of lingering questions we had about the game, the Afterfall universe, and how they felt about the success of their daring “pre-order for $1” campaign. 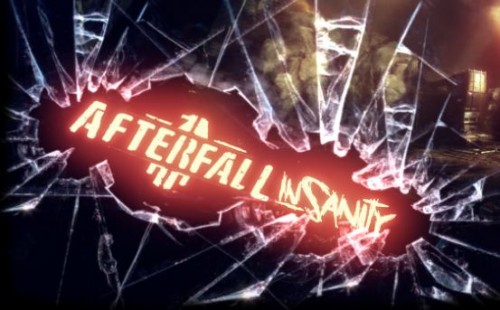 The protagonist of Afterfall, Dr. Albert Tokaj is a psychologist and pharmacologist, but it seems like he’s the one that needs some therapy. Where did you get your inspiration for Dr. Tokaj’s character? Are we going to be able to see/play through more of his sanity relapses?

Albert is a very complicated guy. You wouldn’t necessarily call him nice.  We wanted him to be a real person, with his own problems. That is why working with him was a difficult thing especially in his moments of phobia, but he handled our investigations and brainstorming much better than I thought he would. There were only a few hundred instances of suicide.  Ok, but seriously. As in every project, the concept of what the main character would be like changed a few times. At the begging he was just a typical guy with not a lot of self-esteem. But he evolved into a smart, but irritating shrink.  Of course designing the process of Albert’s deteriorating mental states we came up with several cases of depression and hallucinations, but he seems to be a tough therapist with a huge axe by the end of the game. We tried to really get into Albert’s head, although personally I know only a few guys that can fully understand Albert.

We really don’t know if Albert will appear in our storyline one more time or if this will have been the end of him. 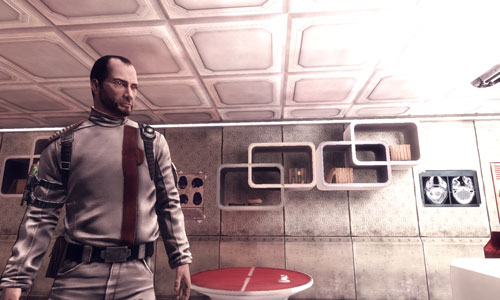 Okay, some of these enemies are big, bad and tough – not to mention freaky. What was it like working on such creations?

First of all we create a description of the enemy; it contains their appearance, features and backstory. It’s kind of funny working with lots of disgusting movies and photos. After that we’re preparing fast scratch models and in the end we’re creating a living (mostly), killing mutant. All in all it’s a strange but very enjoyable process.

On your site in the video referring to the pre-order, it was stated that Afterfall: Insanity is only the first game in the Afterfall universe. How many more are there? Anything you can tell us about them?

As you know at the beginning of Afterfall there was the concept of it being a RTS, but we’ve got such a big world and long story that we decided to create a universe in which we could place all these stories. How many of them will we do? As many as there are players who want to dive into the Afterfall Universe. We hope that we can deliver more than one game and not only in one genre.

In the preview demo, we got a look at how Fearlock works. How is this going to affect how people will be playing by the time they reach the end of the game?

Fearlock? That is a fear measurement system. Albert wanted to measure the stress level of his patients, so he had this special gadget added to his PDA by a friend who’s a technician. The device itself measures hormone density, pulse, blood pressure, temperature, etc. and uses a kind of logarithm to signify the fear level of the patient. The gadget’s new, so Albert tests it out on himself. 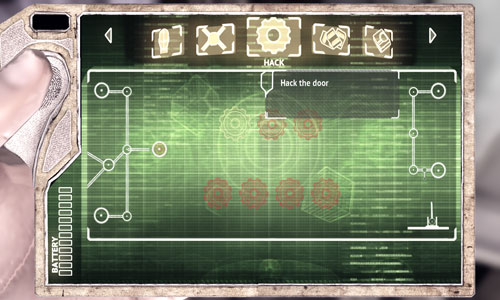 Tokaj’s PDA can also be used for hacking doors, sorting through inventory and reading files/memos

Fearlock symptoms/effects are very clear and intuitive to pick up on for the player:

We really have to commend you guys on the atmosphere of the game – it’s like a Fallout turned survival horror and it’s really…just awesome! What other kinds of locations can players expect in the final release?

There are three general locations in the game: the Shelter, the City of Darkness and the City of Lights. The Shelter is the place where the main protagonist lives. Divided into three main sublevels, it contains living, storage and technical areas, each are very different. The City of Dark is a place that in fact is a slum city. Dirty, devastated and unpleasant – you certainly won’t like to go into a place like this after nightfall. The City of Lights is a conglomerate of ruins, a pale skeleton of a once great metropolis. 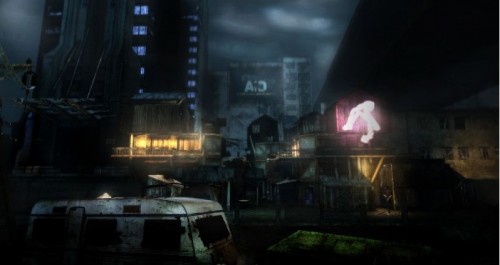 When the gaming community first started hearing about Afterfall, a lot of comparison was made to Metro 2033, some people even going so far as to say they’re the same thing. RoH knows differently, but what can you tell people who might be on the fence about Afterfall?

People are comparing us to Dead Space and Metro all the time. This isn’t that bad because both games are great and we really hope that after our release other games will be compared to Afterfall. What can we say to all those people? If you enjoyed Dead Space, Metro, Hellgate London (remember the potential of that game?) and Fallout you will enjoy Afterfall. But we certainly didn’t just copy any of those other titles. Our product is different because it concentrates on the psychology, and we have a depth of backstory and detail that really is incredible.

How are you feeling about the success of your Pre-order for $1 campaign?

Where have the dreamers gone? This campaign was not only about selling the game and getting recognition, this was to be a hope-giving campaign. Just look at the prices of DLC in other games. They are insane! We really believe that we will be able to sell 10 million copies for $1 each. The chance was of course small but still – this is something we wanna do. We like crazy and outside the box kinds of things. Now we know that people don’t share this craziness but it doesn’t bother us because we did get a lot of hype. Before the $1 campaign started Afterfall was pretty anonymous and now here we are, giving interviews to the media around the world :).