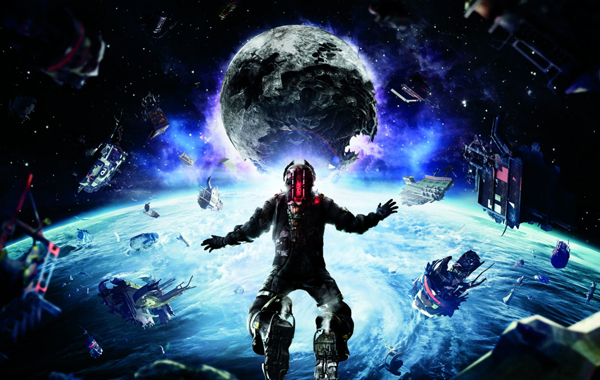 Dead Space was the first Xbox 360 game that I got all the achievements for. So I’m sure you can imagine that not only the game, but the series is a little bit special to me. I’m still working on getting 100% in Dead Space 2 and Ignition, but now I’m getting ready for the thrid numbered entry in this awesome horror series. To help prepare, I visted the Dead Space Wikia earlier, and was surprised to see that the front page had a notice about the Dead Space 3 leaked achievement list.

Well, I was pleasantly surprised to see this, so I quickly skimmed through the list. Click here to check out the full list, but be warned of spoilers! 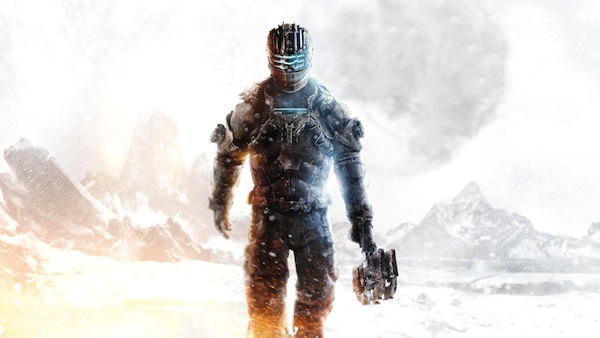 So, let’s take a moment (for those of you who where willing to read through all those) and reflect on some of the things we now know about Dead Space 3. First off, notice the achievement that mentions “optional” missions? Does that mean what I think it means? Is Dead Space 3 going to have side-quests? The thought absolutely thrills me, as the series has been sort of slowly building up to this since the first game, with the idea of having rooms that can only be unlocked by spending a power node on them.Literally, taking away a vital resource to explore more.

Sometimes the player would be well-rewarded for his gamble, while other times the player would find themselves out a power node and most of a RIG life bar. Then, in the second game, there where special storage rooms that could be unlocked upon completion of Dead Space: Ignition, which was the pre-order bonus for the game (and can still be bought separately via Xbox and PlayStation marketplace/store respectively).

I like the idea of having separate areas to explore, that may (or may not, if this is to be in true series fashion) yield more items and story elements. Perhaps have alternate paths, a sort of “Well, if you want to go directly to the marker to tell them what to f***, go to the right. But… there might be something worthwhile if you go into that dark washroom. Never know until you try”.

Also note the two achievements that mention alternate modes. Namely, “Classic” mode and “Pure Survival” mode.  I find it interesting that the “Classic Mode” achievement is titled “Epic Tier 4 Engineer”, conjuring up memories of the original game’s “hardest difficulty” achievement. I’m lead to wonder what exactly is “classic” about this mode? Does this mean playing alone? There aren’t any “complete the game in co-op” achievements beyond standard “save your partner 10 times” and “play as Carver” ones. Is it possible that this actually implies a little bit more than just playing alone? 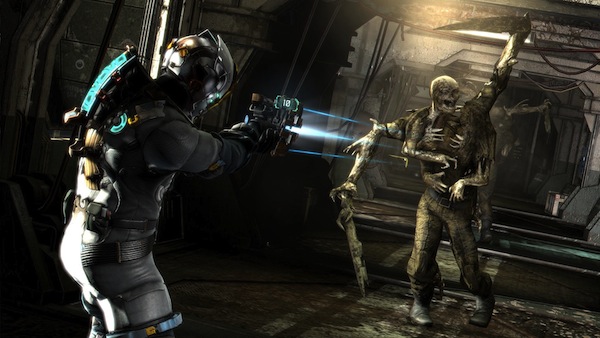 One of the things that had a lot of you canceling your pre-orders a few months back was the announcement of universal ammo and a bigger emphasis on cover-based shooting mechanics (both previously non-existant in the series). Could it be that this classic mode reverts the gameplay back to Dead Space 1&2 mechanics? each weapon having it’s own ammo, no cover mechanic at all? It’s a bit too much to hope for, but you never know.

There is also “Pure Survival”. I’m reminded of REmake’s “Real Survival” mode, where item boxes weren’t linked, and the auto-aim feature was removed (as well as a few other tweaks here and there to make it harder). Of course, there’s no way of knowing whether this new mode is anything like that or not, But the thought of something similar in Dead Space of all games is a little daunting. Despite my want for the achievement, I still can’t actually bring myself to play Dead Space 2 on Hard Core difficulty (which almost halves resources and only allots the player three saves and zero checkpoints. Death will send the player back to the start screen, not unlike old horror games from the 90’s. So the thought of something even more intense scares me xD

And lastly, i’d like to point out the achievements that relate to “blueprints” and “resources”. I feel like this might be old news, but does this mean we’ll be getting a build-your own weapon/item system? I’m instantly reminded of the original BioShock, which had the ability to create ammo, health and Plasmids at various stations throughout the game by using wires, caans, gun powder and other bits of rubbish lying around Rapture. One of my only real complaints about the original game was that while Isaac was fixing parts of the Ishimura, the player was never actually involved. You would simply walk up, press A/X, and you’d have completed the objective. But in the sequel, I was pleasantly surprised to actually be working through mini-games to hack into power grids, circuit breakers and even Isaac’s clever usage of the air ducts was a nice and infrequent use of his Engineer prowess.

So now I’m confronted with the idea that Isaac might be taking an idea from another Dead game’s hero, Chuck Greene. The idea of being a handy man in Dead Space. I like it (devilish grin). I really hope it’s more involved than the original game’s “schematic” mechanic, which upon finding a schematic and returning to the closest Item Shop, you would be granted the ability to purchase whatever the schematic was for. Let’s say this idea gives us the ability to combine things? A plasma cutter bonded into the Ripper weapon? Yes, please. A force gun with flamethrower attachment? I’m down. How about this new system taking it a step further and replacing the Power Node system? The power nodes work great, and I won’t feel let down if they are still included in the next game, but what if we took it a step further? Made Isaac’s tech-tree a little bit more “make your choice” than simply “whatever you can afford”. What if you had the choice to either upgrade health, O2, or agility, but you could only pick one for each row, a-la Bethesda style RPGs. That in one save file, you could have a tank Isaac, with a huge health RIG, and extreme strength, and in another save file you have a more technologically advanced Isaac. with better weapons and equipment, but little health and strength. Could make for a cool idea. It would just have to be done well.

So, what do you think? Are you excited to once again enter the extra-terrestrial terror? Or are you waiting for reviews? And what are your thoughts on some of these new surprises listed in the achievements? Let your voice be heard!