Games We'd Love to See on PSP2 - Rely on Horror

Every Sony console has 2 iterations.  The original Playstation had the PSX and the PSOne, the Playstation 2 had the fat and the slim.  The PS3 has had several outings as fat and slim consoles with different ports and backwards compatibility and whatnot.  The PSP has come in three different forms–and akin to many of the rumours floating around, the PSP2 is coming…it just has to be.  Nintendo’ s3DS is on its way and Sony is definitely not one to sit in the corner and let portable sales slip through their hands.

Here’s a list of some that we’d like to be able to enjoy (or be afraid of) while on the go.  It’s all just a dream as of now, but perhaps someday our wishes will come to fruition?

What can we say about Fatal Frame?  Each time we look at a picture that happens to have a bit of lens flare on it, it’s hard to hide the thought of GHOST! in the back of our minds.  While the creepy style and atmosphere might be a little lost on a crowded bus, could you imagine how awesome a Fatal Frame outing would be with a built-in camera on the PSP2?  Think Invizimals for adults.  It might not work well on the commute, but who says portables should only be played while on the go?  Chasing down ghosts in our own basements would make up for Fatal Frame 4 that was only released in Japan…

Hmm, what’s in the laundry room over here? 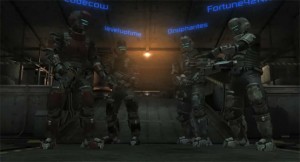 A few months ago, there was a rumour of a possible portable release for Dead Space 2, listed in an EA report.  Nothing ever really became of Dead Space 2 Portable Edition, but perhaps it might yet live on with the PSP2?  Ad-hoc some friends in for some multiplayer action and we’d be there.  The PSP go has built-in Bluetooth, so it would be a no-brainer for Sony to implement Bluetooth in the PSP2.  Easily team up with friends or even strangers right next to you to put the hurt on some Necromorphs in between classes?  Yes please.

Okay, so this title was already announced for the 3DS.  But what Sony fanboy/fangirl could look at those visuals and not get a little envious?  I mean look at them!  It doesn’t even have to be in 3D, we’d still be happy with that!  Quick battles in Kijuju while headed over to a relative’s house?  Easy ad-hoc wireless mode carried over from the PSP would make hooking up for quick rounds breezy.   Hook two consoles up to a television at Mammy and Pappy’s house to show them how well you’ve been working on your teamwork skills in full HD.

Would it be excessive if we also dreamed about cross-system multiplayer?  Damn. 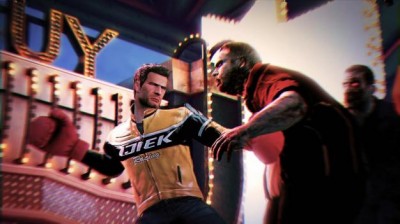 Games with (rather) easily obtainable goals and set time limits would make for a great transition to a portable console.  What game better fits than Dead Rising?  Bite-size bits of action for your commute to work, powered by a more powerful processor to squeeze more zombies onto the screen with no slow-down issues or screen-tearing?  We’d go for that.

Maybe throw in some touch-screen to come up with new and inventive ways of disposing of those pesky zombies?  Now you’re talking!  Maybe even do a little photography like in Dead Rising 1?

There are those in the industry and the media (sometimes some of us too) that believe that survival horror’s best days are behind it.  If that’s the case, at least let the games of consoles’ past live on in our portable systems!  The single analog stick was a real burden to overcome for many PSP developers (and PSP gamers, too).  Thow in an extra analog stick and that problem is solved.  Sony would have to be pretty foolish to let that one go again, amirite?  The increased horsepower behind the PSP2 would allow you to relive your favourite games of yesteryear.  Now all we’d need to worry about is the space.  Perhaps there’s some room in Sony’s future wonder machine to store it in the cloud?

This is just a small list of the potential of games that could be released for the PSP2.  Let your imagination run wild, what would you like to see on the PSP2? 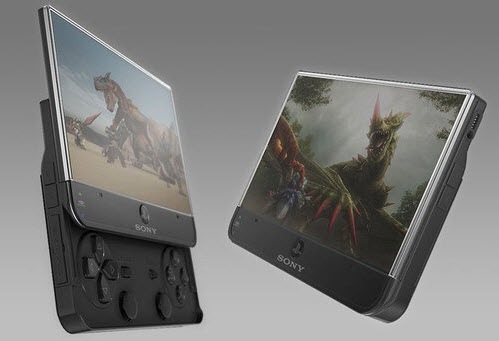 That could just as easily be Dino Crisis right there