Five Ways to Keep the Horror Genre Fresh (and Scary) 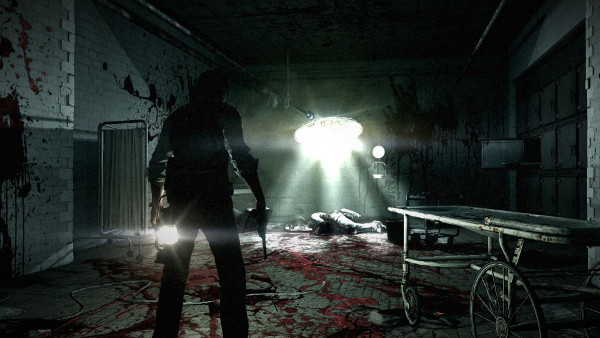 Shinji Mikami, the godfather of the classic Resident Evil games and arguably the Survival Horror genre, has recently stated that gamers have become used to the typical horror tropes, that’s it has become harder to scare people. I completely agree with this statement and I’ve been thinking it myself for quite a long time. It got me wondering, how can horror games continue to scare people through the ages in new and exciting ways?

We’ve experienced the jump scares, the chase scenes, the collapsing environments, the psychological twists and excursions – but, we need to devise some new ways to scare people. Not just ways to make people jump, or frighten them from moving on, but really shaking them with the content of a game. What new things can horror games begin to try that will scare people? Here are some ideas I’ve personally had boiling in my head for a long time.

1) A Threat from Within 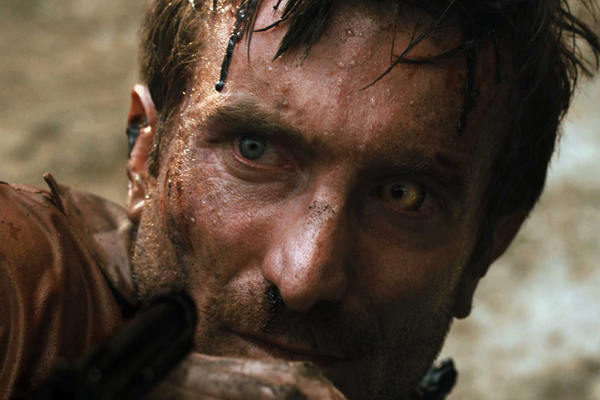 This is something that a few games have toyed with but have never really made the focus of their game. In Resident Evil 4, Leon is infected with the Las Plagas parasite and you have to rid him of it by the end of the game. However, this is only used as a story element; it never affects the gameplay. How cool would it have been if you needed to keep Leon healthy with regular injections of certain chemicals to suppress the process (like the pills he takes in the cutscenes)? Imagine if Leon would randomly lose control of his body, puked blood, or became weary and aiming became difficult for the player. To me, that’s a good example of removing control from the player that would add to the fright of the game without being needlessly frustrating. Depending on the type of infection, there could be any number of ways for the game to interfere with the player.

An entire game based around being infected with a hideous disease that’s slowly killing you is a great idea to me. It could be time based, always driving the player to hurry and find that next crucial life-saving injection, which would mean picking your battles and limiting exploration.

Another good example of this type of infectious horror is the film District 9: when the main character has a cast taken off his arm to reveal that he’s slowly changing into an alien creature. I squirmed in my seat at the sight of his claw arm. If that happened to a character I was controlling in a video game, I’d lose my shit.

Jeremy Blaustein has a few things to say about personal space within our own bodies in this Defining Horror piece.

2) Protecting Others More Important Than The Protagonist 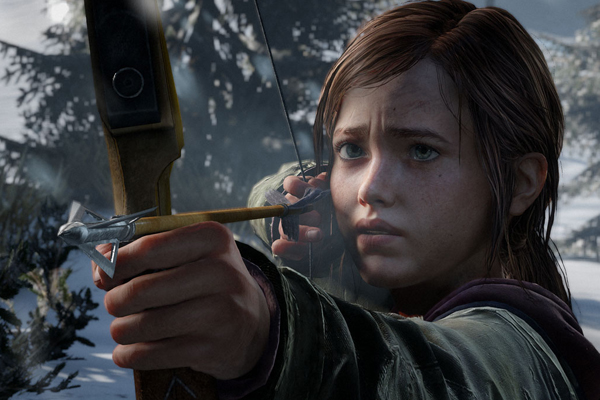 Babysitting NPC characters in games is something developers have struggled with for some time now. Using Resident Evil 4 as an example again, everybody in that game hated Ashley. Her only good quality was staying right on Leon’s ass when you told her to. Other than that, she was whiny and a burden on you, because we didn’t like her, and we didn’t like her because she had no interesting characteristics. Now, Ellie in The Last Of Us was a character I loved, and I wanted to protect her, but the game didn’t let us because the developers felt it would be too frustrating if she could get us caught and get into trouble. She was impervious to non-scripted harm.

I’m glad they eliminated the frustration with protecting Ellie, but I also feel the game missed some opportunities here. I believe other games have something to learn from games like Resident Evil 4 and The Last Of Us. Sometimes your role in a horror game is to protect a character weaker than yourself. By putting those characters in danger, the game creates tension for you to move quickly and attack the enemy without hitting your NPC. If handled properly, I feel using an NPC in a horror game to create a weakness for the protagonist can be an effective method of keeping players even more on edge by adding tension. Tension based on your survival and their’s. The thing is, this only works when we like that NPC.

Ironically, the best example that I can think of is in Resident Evil 4. There’s a small segment where Ashley is surrounded by a dozen enemies on the floor below you. Leon is forced to snipe monsters away as they stumble toward her with creepy chants while an eerie ambient track plays in the background. If Ellie were in that situation, it would be so much more memorable.

Video games that take advantage of NPC protection can use that element for more than just tense gameplay. The Last Of Us did an excellent job at creating a story between two characters that kept players hooked, but think of the originality to be had here.

Think about this; what would make you care for another character in the game so much that their life is more important than the character’s you’re playing as? I have a couple of ideas. The protagonist could be terminally ill and the goal of the game is to get the escort somewhere safe by the end of the story. Perhaps throw the “Threat from Within” element mentioned above into the mix and tie the cure/temporary relief into the character you’re guarding. The escorts blood could hold your temporary cure, forcing the player to choose when to take the blood and use it (because if you take too much the character could get weak and possibly die?). Now that creates another interesting story element; is your character selfishly guarding the NPC so they can live or is the relationship mutual?

3) Enemies That Are Steps Ahead Of You 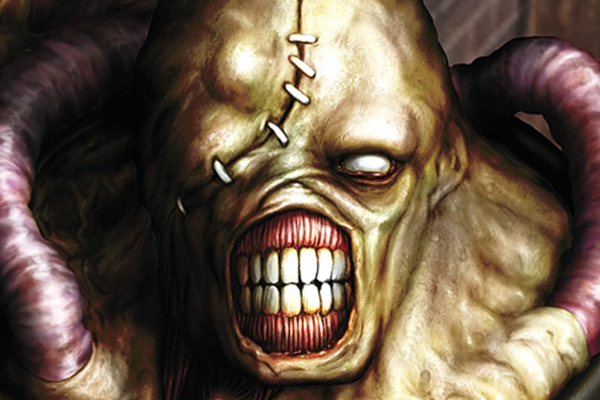 Dynamic monsters are a concept that games have juggled with for a long time now. The earliest example that comes to my mind is Nemesis in Resident Evil 3. He was a huge, brooding, horrifying beast that couldn’t be killed—only stunned—until the end of the game. He would appear at predetermined points throughout Raccoon City, but depending on your actions, he would also randomly appear at different points. This created exceptional tension and prompted players to think,”Where is he?”, at all times, keeping players on edge.

This isn’t the only attribute that truly scary monstrosities need, however. Resident Evil’s 4, 5, and 6 toyed with smart parasitic soldiers, but their definition of smart was “sometimes uses cover, throws sharp things, and fires guns”. That’s not what I’m talking about. Smart monsters need to constantly surprise us. Clive Barker once said something along the lines of, while talking about Dracula, “he’s always three jumps ahead of you.” If you know the expression “stay one step ahead of your enemy”, this should make sense to you.

The monsters in games need to surprise us with how smart and cunning they are. I’m much more terrified of a creature that can recognize I have it at a disadvantage so it tries to get around me. Now I’m thinking, “Where is it?” Later on, if it attacks me using stealth, I’ll be frightened and totally blown away by how thoughtful it was of its tactics. An intimidating serial killer stalking me and surprising me is far more frightening, in my opinion, than just a hunter running right at me. 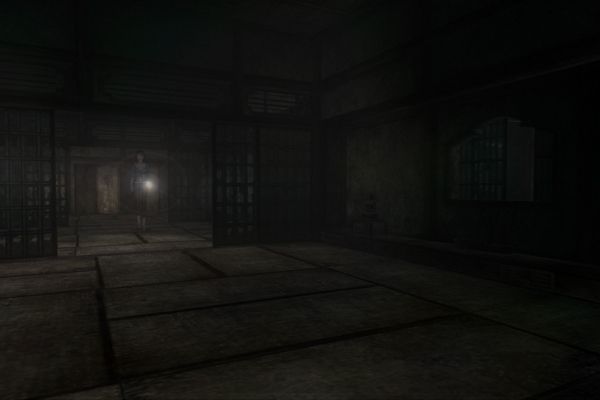 This is perhaps the one thing that I hope all horror games will eventually pick up. Think of all the potential ways to scare people in games. Popping lights, far away sounds, moving walls, strange apparitions, switched up hallways, etc. Think of a game that has so many different ways to scare the player that you couldn’t possibly find them all in one play-through. How frightening would it be if certain enemies didn’t show up until your second play-through, and maybe even your third, in new areas of all places, areas that you thought were safe?

Some games have done something similar, but never from start to finish. Resident Evil 3 had a few A or B instances where an enemy would show up or an accident would happen depending on your actions. In Haunting Ground, enemies were dynamic and would chase you from area to area, always out there somewhere looking for you, so they could find you anywhere.

Supernatural horror games can really benefit from this. In a game that defies the laws of reality, players will never know what to expect.

5) An Immense feeling of Unease 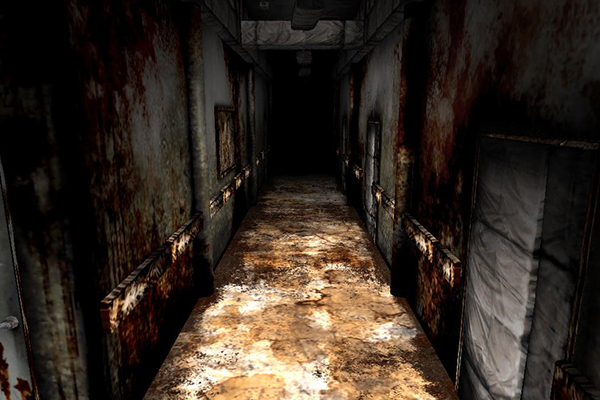 Somewhat riding off of fright idea number four, the feeling of unease that some horror games instill into the player is what draws me to them, the absolute necessity of any horror game. My earliest memories of total unease while playing a horror game were in the original Silent Hill games, particularly the second and third games. The darkness of the environments, in addition to the haunting ambiance and grotesque monsters that I knew were out there, made me so scared that I was sometimes too afraid to continue playing the games.

I suppose this “unease” I’m speaking about is the tension you feel when every aspect of a horror game comes together. It’s when the sound of that broom falling over is enough to make you jump or that one surprise attack makes you scream and hit the start button to pause the game. This isn’t exactly a new type of fright for players to experience, but rather the goal that the developers should shoot for.

In addition to Silent Hill, Resident Evil 2 did this to me when I was young, the first Dead Space literally made me fall out of my chair and hit the floor, Amnesia: The Dark Descent had me shutting the game off, and the Siren series has always been able to keep me on edge and in fear of when the next Shibito would see me.

The only other way I can explain this feeling is for you to play the scariest of horror games. Sooner or later you’ll understand what I’m talking about.

What do you readers think of the ways we feel horror games can make more use of to scare us? Do you have any ideas of your own? Share them in the comments below!