Do You Get Your Horror Game on With a PC?

There has recently been a debate raging on about whether or not PC gaming is dead.  We’re not exactly sure where this sentiment came from, or even if it was just some sort of ploy to drum up some excitement for a surprise unveil from Razer.  Which by the way took this writer completely by surprise.

Razer’s announcement of the super-enticing Blade laptop was indeed unexpected (seriously, I was expecting the hand-held Switchblade) and got a good chunk of the community immediately tearing the thing apart.  Figuratively, of course. 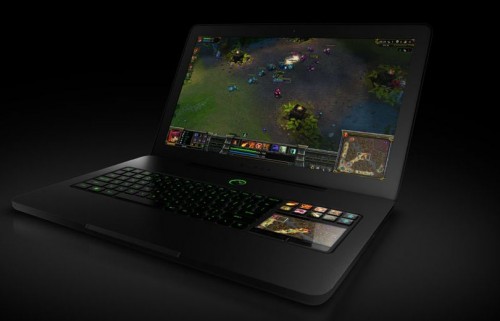 It’s true, you can get a better specced machine for less, but…well you can’t really compare a Solstice to a Rolls.  It’s also hard to say the thing is crap when looking at that form factor.  I mean look at it – it’s gorgeous, thin and light.   There will always be extremely expensive things that we’ll drool over, even if it isn’t the most sound investment.  Still…I’d still game with it.  Plus, I love Razer stuff – I’ve got a lot of it *wink wink, Razer…WINK WINK.*

A common misconception of PC gaming is that to have any kind of experience at all, you need to have the specs maxed out.  There’s also a little thing about PC gaming being prohibitively expensive.  Well, only one of those things are true.  You can always get a good mid-range gaming rig set up for under $1000 though and despite the console purists’ claims, it’ll last you more than a few months.

Back to the original claim that PC gaming is not dead.  We never really thought it was dead to begin with, but some people might disagree.  Do you get your horror game on with a PC?  If you’re a console horror junkie, here are a few games that might make you want to fire up your old Windows machine for more than just Facebooking.

A good place to start horror gaming on the PC is the Penumbra series.  There are three games…ehh, more like two and a half:  Penumbra: Overture, Black Plague, and the expansion, Requiem.  The games are developed by Frictional Games and published by Paradox Interactive.

A first-person adventure and puzzler at heart, the series receives a bit of criticism for not having a whole lot of combat.  What combat there is – well is kind of wonky, but it adds to the horror effect.  That’s probably the only time you’ll hear that bad combat actually makes a game better.  However whatever it lacks in combat, it makes up for in…pretty much everything else.  Advanced AI, physics-based puzzles, exploration and oodles of atmosphere…well we couldn’t really ask for anything more.

The Penumbra series is great for PC gamers who don’t have the latest rig, too – seeing as how the games are a few years old.  The series is available through the developer’s website and also through Steam.

Call of Cthulhu: Dark Corners of the Earth

Another game that proves age is just a number – Bethesda’s horror gem is based off of the works of HP Lovecraft and progenitor of the Cthulhu Mythos.  The story of Dark Corners of the Earth is a re-telling of The Shadow Over Innsmouth, and contains RPG elements from the Call of Cthulhu game. The game’s protagonist, Jack Walters has a knack for solving crimes that almost seem unsolvable.  After being committed to a mental institution, he develops a split personality.  After the second personality disappears, he is released from the institution, albeit with a bit of amnesia and schizophrenia – greeat…He goes on to become a private detective looking for a missing person in the town of Innsmouth, which is very unfriendly towards outsiders.  While investigating, Jack discovers the horrible secrets of Innsmouth,  and also reveals the mystery of his own past.  The game features a Sanity Meter, not unlike Amnesia: The Dark Descent – you must battle through hallucinations, panic attacks and vertigo to find the truth.

Call of Cthulhu: Dark Corners of the Earth is available on Steam for $9.99 USD.

Looking for some co-op slasher fun but on a budget?  Well, a lot of this list is for you.  Developed and published by Tripwire Interactive, Killing Floor was actually a conversion mod for Unreal Tournament 2004.

Oh don’t let the name fool you – it’s not really a floor.

Set in the devastated cities and countryside of England after a series of genetic cloning experiments for the military, Killing Floor pits you and your friends against wave after wave of horrors.  Each wave becoming progressively more difficult to fight through than the last.  Players are encouraged to work together to heal themselves and devise strategies to make it through the next wave of unfathomable horrors, ready to take them down.  A variety of weapons, tools and a fully customizable rollout are what awaits you in Killing Floor.

Killing Floor is available through Steam for $19.99.  Character packs are also available for $2 a pop.

Another old one, but there’s a reason we bring it up.  System Shock 2 takes place aboard a starship in 2114.  You are a lone soldier trying to stem the outbreak of a genetic infection that has devastated the ship, stemming from eggs found during a distress call.

Battling through infected soldiers, the soldier pieces together just what happened through audio logs, ghostly apparitions (EEP!) while trying to avoid urges to join the infected collective.  The soldier battles through all of this only to find that the lone survivor he thought he had communicated with was actually not what he expected…

This FPSRPG is another one of those games that while receiving great reviews didn’t quite live up to its commercial sales expectations.  That doesn’t mean that you shouldn’t give it a try.  The game is another goodie for those with older systems. 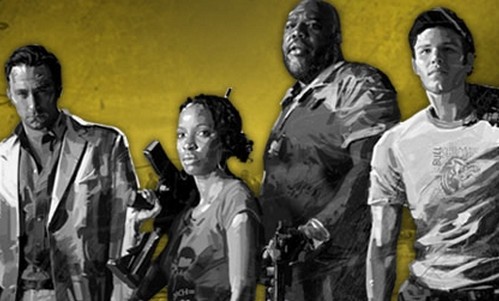 If you’re a regular horror fan and not just dipping your toes in the water, you’ve heard of Left 4 Dead.  The co-op heavy, often humourous zombie shooter has been a horror staple since it was first released to the public.  If you haven’t heard of Left 4 Dead…well where have you been?

We know, we know.  Left 4 Dead is also available on the Xbox 360 – but there are a number of reasons that the PC is ‘the’ platform to play Valve’s zombie shooter on.  Aside from the obvious control advantages, Valve is notoriously generous to its PC fans.   DLC campaigns for the game 2 years after L4D2’s release – free for PC users.  There are also countless custom, user-made campaigns and maps available to download and try as well.  The fan community behind L4D is enormous, and the game still gets a lot of play on Steam today.

Controversy ahoy!  While Resident Evil 4 might be the series favourite, its PC outing is just…just a horrible port.  It’s like the iOS port, except you paid a lot more for it.  Resident Evil 5 on the other hand is a step above.  Even if you didn’t like the game as a whole, you can’t deny that its PC version was worth the wait (it was released at a later date).

If you’ve got the horsepower, RE5’s PC visuals are amazing.  Stuff that just blended into the background on the PC are clear – you can almost see every strand of Chris’ sweat-soaked head of hair.  Not to mention how breezy the game is to play with seamless  controller/mouse-keyboard transitions.   Capcom let its PC fans down however by not including the DLC for it though – and that’s a real disappointment.  You can catch the game for cheap on Steam though.  Community mods add life to a game as well.

From the same guys behind the Penumbra series.  Available exclusively for the PC, Amnesia puts the player into the role of Daniel – a poor sap who wakes up with a bout of amnesia himself.  The ensuing journey leads him through the dark, eerie halls of a Prussian castle.

All Daniel can remember is his name – the rest is revealed through letters he had written to himself and ‘new’ memories of events that took place in the castle.  As he continues on his journey, he finds himself hunted by a dangerous and evil presence.  Since there is no combat in Amnesia, Daniel’s only defense is to run and hide.  Which you’ll do…a lot.

I’d tell you more about the game, but whenever I delve too deep into it, I am overcome by crying fits.  I wake up several hours later with no recollection of what happened…hear I go again.  Just head over to the Steam page!  The game is also available through brick and mortar stores, should you want to proudly showcase  the box, proving you have indeed triumphed over…Mr Flappy Lips.