Since I didn’t have a chance to play Dead Space 2 before now, I was excited to finally get hands-on time with the E3 demo and eyes-on with a visual demonstration the GamesCom demo in San Francisco. I am combining both experiences into one to probably reflect my overall impression of the games’ main element: Single Player Sci-Fi Horror. 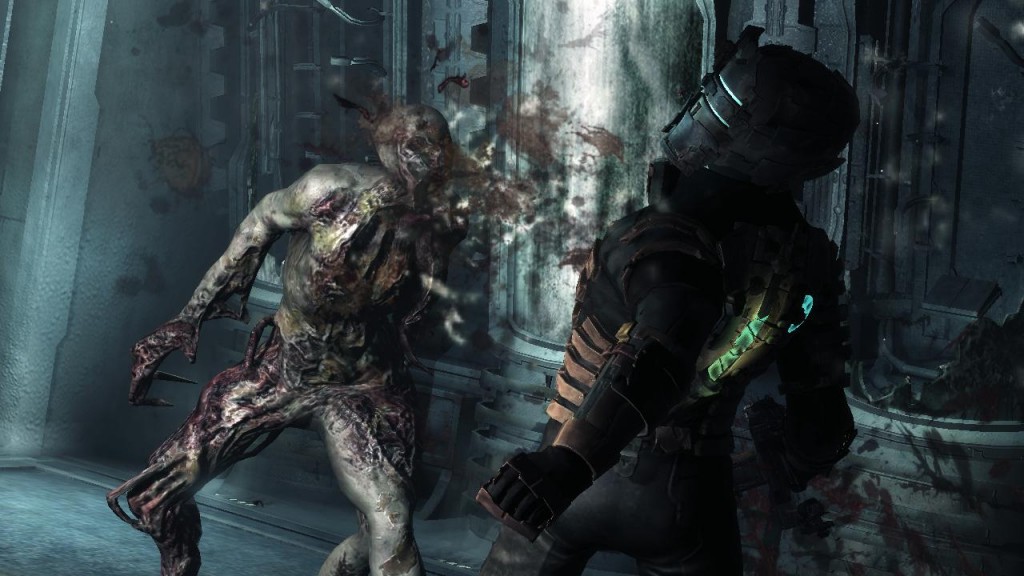 It felt very familiar to be in the role of space engineer Isaac Clarke once again, which has to be stated is a positive plus for the title to be viewing the game from his perspective. He now is more prepared thanks to the gruesome, traumatizing experiences he endured on the Ishimura. The engineer has a bunch of new abilities such as improved stomp attacks; Isaac can now perform multiple stomp attacks without interruptions with his advanced Sprawl suit.
A new element that could either add to the gameplay experience or may lead to a slightly scaled down level of difficulty is the fact that your Stasis now renews itself over time. I’ve got to admit that it very much came in handy during my hands-on time with the game, and when thinking back to playing the first Dead Space, I usually never had a problem getting new Stasis either by filling up at stations or herding a bunch of packs in my inventory anyways. In the end I think this new element will not scale down the difficulty rather and than be an improvement for playability.
Another addition includes Isaac’s improved telekinesis ability, allowing him to now throw the limbs of dead enemies at other necromorphs and cause some serious damage.

Besides improvements to his already existing tech and abilities, Isaac also has a bunch of new tools/weapons to fight through the hordes of the deadly necromorphs. The Javelin gun allows you to impale your beloved followers into the wall. And the best way to get rid of a few dozen of the new enemy known as, “The Pack?” Trip Mines that dismember them all at once in a beautiful explosion of course.

All of these additions fit in very well with the game and even manage to enhance the great gameplay of the first up a few notches. 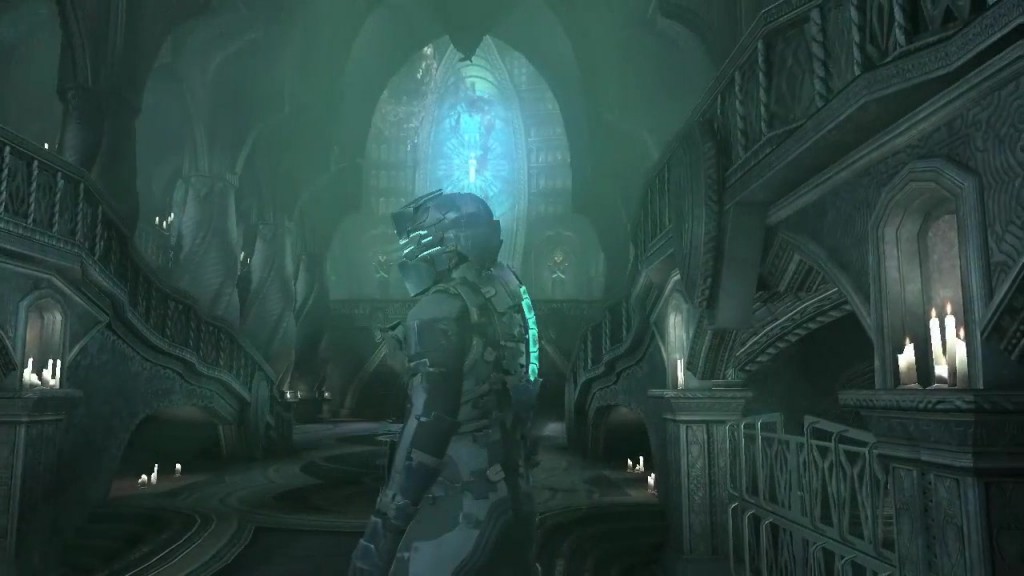 The Sprawl is a huge space station city where you will be dismembering and impaling your way through various different locations such as the Church of Unitology, the solar array, and the CEC facility.
Visceral Games has also put a clear effort into including more Zero-G areas, many of them set outside the Sprawl in deep space. Thanks to Isaac’s new suit boosters it is now even more fun to “rush” around in space. The eyes-on demo had an emphasis on an amazing looking Zero-G/Physical puzzle in full 360° movement. Even though it can be assumed that these sections will not lead to frustrate the player, it definitely didn’t seem to be the easiest thing to do demo because asteroids are no friend of a space engineer. Graphically these areas stick out from the indoor Sprawl levels. The planet Saturn floats by in all its beauty in the distance while you are rocketing through Zero-Gravity, soon a monster on the Sprawl tries to catch you and bring you down from your High-altitude flight. You could be avoiding the heavy and threatening asteroids only to be dismembered to a thousand pieces by an enormous gravity defying monstrosity soon after.
To avoid getting lost in deep space (Zero-G areas), Visceral have included a button that faces you in the direction to you next destination in addition to a laser path that shows you the exact path to reach it; This comes up by pressing the right thumbtack down, much like the first game. 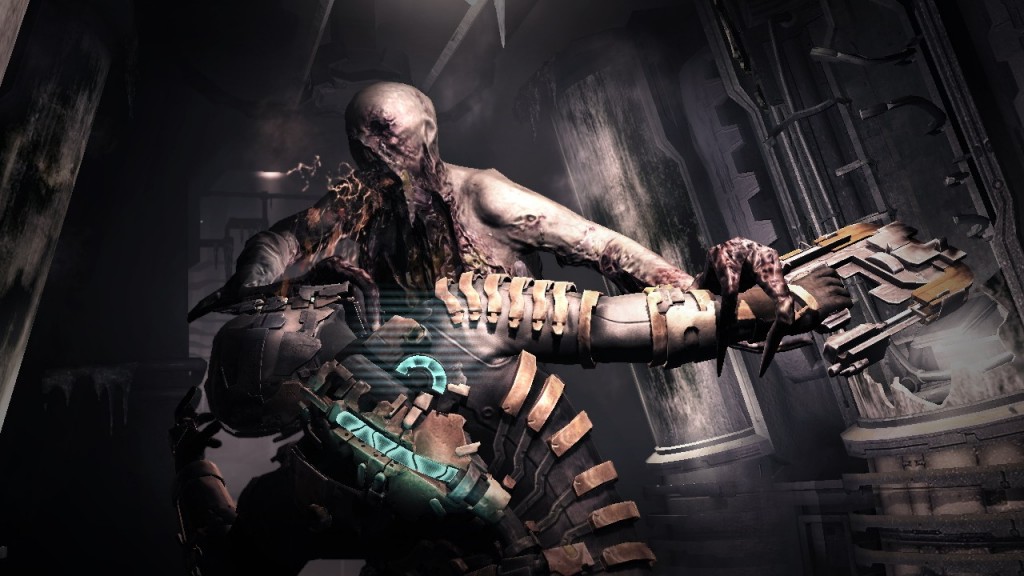 The enemies I felt to be a lot more diverse and dangerous than in the original. The new enemy the Puker for example, killed me something like 10 times during my play test. His attack is very quick and the death animation when you get killed by him is one of the sickest things I’ve ever seen in a video game. The Puker does puke, all over on poor Isaac. Isaac begins to break down while simultaneously starts puking as well and dies in a timely manner. Beautifully gruesome, if I could say such a thing. To call the death scenes a trademark to the series or even if you didn’t consider it as such before, the death animations in the sequel are even more brutal and disgusting than ever before.

Looking over at the sound department, we have no doubts that the audio of the game will be nothing less but impressive and disturbing, but I didn’t expect otherwise.

From my hands-on time and visual demonstration, Dead Space 2 lived up to my expectations if not topping them. It still delivers both in the epic and the horror, often mixing the two into some impressive epic horror moments. It has some stunning action and top notch audio and visuals. Its safe to say that not much can go wrong from this point on.