Dead Space 2’s composer Jason Graves answered a few questions for us. Find out that there’s a “specific level in the game that has nothing but music from the original Dead Space” and also why Jason’s mum hates Dead Space 2! 😉 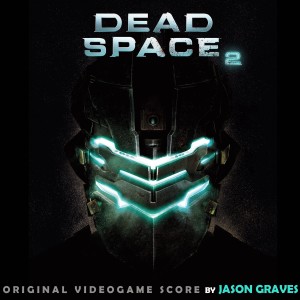 ROH: What were some of the greatest inspirations to creating Dead Space music? Dead Space has a musical style that switches between softness and loud, jarring, intense pieces at a sudden rate. What train of thought led to have music of this style?

JG: The main objective I wanted to achieve with the music for the whole Dead Space franchise is to scare the listener as much as possible. That may sound simple, but it is quite the contrary! The style switches you speak of, between soft and loud, is the key to keeping things fresh and changing it up. It’s the quiet pieces of music that make the loud ones seem that much scarier.

Along the same idea, I tried to make the music as abstract and “non-musical” as possible. I had an idea that the less recognizable the music was the scarier it would be. I didn’t want dark melodies or harmonies playing when you see a Necromorph, you know, some kind of theme or tune that you could hum.  The idea was that the music would be completely abstract, visceral and unrecognizable. It really acts more as a sound effect than music.

I think the perfect metaphor for the score is to compare it to the Necromorphs themselves.  They were originally human beings who have been transformed and mutated by some sort of virus. So I took a classical orchestra and transformed it into one giant musical Necromorph.

ROH: This is more of a question of the first soundtrack, but were there any vocals used in the first game soundtrack? Not as a prominent feature but some of the background audio of the song. To this day it still sounds like someone speaking gibberish in the background of some of the more “insane” pieces, like “Manual Survival Mode Seven” for an example. It can be hard to tell, but was this just clever use of instruments or was some of form of vocals that were used for effect in the music?

JG: Yes, there were some subtle uses of vocals in the first score. Most notably was the solo alto singing in various parts of the score. But there were also some full choir textures that appeared periodically. The piece you are specifically referring to does in fact have the choir in the background. However, they are not speaking gibberish. I gave them a list of words and phrases that has significant meaning to the first Dead Space and then instructed them to read them rapidly with intense, scary intonations. They only pop up here and there, but that’s what makes them so effective!

ROH: Was there any piece in the original Dead Space you were particularly proud of? Something that just sticks out in your mind as an accomplishment for yourself?

JG: Honestly, the entire score really feels like one big accomplishment for me personally. I’m sure it all makes sense and seems like a logical progression when you are listening to the final version, but in fact it was a day by day struggle to figure out the most effective way to continue scaring people over and over again. After a while, you tend to build up a thick skin! I guess that’s a good thing, because by the end of the game I think the music sounded a lot scarier than when I first started.

ROH: Isaac has more of a character in Dead Space 2 than he had in the original. Did this influence any choice scenes in the game and it’s music? Did the direction of Isaac facing this head-on rather than merely being thrown into circumstances beyond his control change the direction of the music as well?

JG: Absolutely. There was such a sense of vulnerability to Isaac in so many of the cut scenes. He was really more of an errand boy in the first game, and this time around he not only has a voice but a character arc as well.  I chose a string quartet to represent this side of Isaac. It has this intimate, emotional sound that is immediately recognizable without calling too much attention to itself. On the other hand, it can turn on a dime, twist itself up and scare you to death.

ROH: Given the amount of freedom you are given with composing, how often do you have to actually “tweak” a track or score to fit it in with the game?

JG: We had already laid a lot of groundwork going into Dead Space 2. EA and I both knew we wanted to essentially pick up where the first one left off, all the while keeping it fresh and not too repetitive.  However, I was working with an entire new audio team at EA. I was basically the only one left from the first game. But just as it was the first time around, everyone was a joy to work with and amazingly professional.

There were a few specific pieces of music I ended up doing some corrections on for Dead Space 2. One was the epic zero G set piece when you align the solar array.  What it really came down to was the fact that we wanted to tweak both the gameplay and how the music interacted with it once I had already delivered my tracks.  As far as corrections go, it was very easy and straightforward.

There was also a specific boss battle I wrote a track for. Once EA heard the music, they decided it would be perfect for a different boss battle I had not composed anything for you. So it was simply a matter of composing a second track for the original boss.

I think that was about it as far as corrections go! To be fair, every game is different. But I do try to work my hardest, listen to what the developer tells me they’re looking for and communicate with them as much as possible. That tends to keep my corrections list on any game very short.

ROH: We noticed you mentioned you took breaks between working on the music for Dead Space. So did the recording for Dead Space 2 got done in segments as well or did you go and record the tracks at one time?

JG: The recording sessions for Dead Space 2 were produced in the same way as the original game. The idea here is that the sounds and effects I’m using to build a score have to be recorded beforehand. I’m basically creating the puzzle pieces before I assemble the puzzle. We had three different recording sessions for Dead Space 2, each one around six months apart. I recorded the orchestra performing all these crazy effects and then returned to my studio with the recordings. I sift through everything, edit down, cut it up and use it to build the basis of everything here in the score.

ROH: A question we have to ask every composer. There are many instruments out there all with different uses and beats for different settings and soul, but if you had to pick a few favorites, what would your personal favorite instruments be?

JG: Well, I’m a drummer so naturally one of the first instruments I would pick would be some sort of a drum set or percussion instrument. However, I’ve also been playing piano for as long as I can remember. Don’t get me wrong, I’m not an amazing pianist! But it is the main instrument I use for composition before I flush it out into the full orchestra. So if I had to take a few favorites, I would probably have to say a piano and a drum set.

ROH: Call this a curious question based on the recent Dead Space 2 advertising campaign, but do you believe your mom would hate Dead Space 2?

JG: Ha ha, I know for a fact that my mom would hate Dead Space 2! I took her to London last week for the world premiere of the game.  They unveiled the first fifteen minutes of gameplay and I got to watch her make faces and cover her eyes for most of it. I think it’s fair to say that most people’s moms are not the target demographic for Dead Space 2!

ROH: How many tracks return from Dead Space or Dead Space Extraction?

JG: Without giving too much away, there is a specific level in the game that has nothing but music from the original Dead Space. I was delighted when I heard of the audio director’s suggestion. I think it works really well in the game and provides a musical link between the original and the sequel.

ROH: Finally, is there anything you want to share with the fanbase, a comment/advice/anecdote/correction/criticism?

JG: Thanks for listening! Dead Space 2 is easily the biggest project I’ve worked on yet.  I would love to hear anyone’s thoughts on the score, both in the game or on the soundtrack release. I have a Facebook page, “Jason Graves Music,”  so please become a fan and tell me what you think!