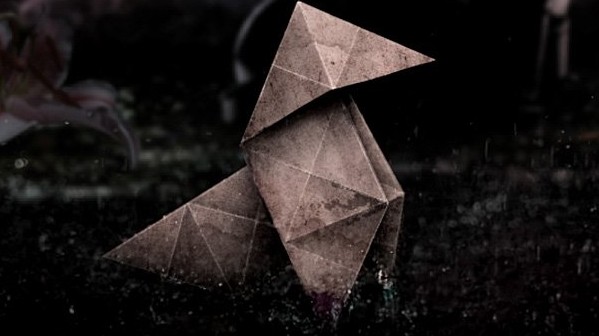 Say what you will about the kind of game that Heavy Rain turned out to be.  Say it wasn’t scary enough or that the story had more holes than a slice of Swiss cheese, the game had a pretty profound effect on those who played it.  The premise alone would terrify any parent, and some reviewers took a stance prior to or just as the game released stating that they wouldn’t play the game due to the seriousness of the subject matter.

The Philadelphia police department sends out a call for help to the FBI.  Agent Norman Jayden answers the call and comes in to investigate a string of murders occurring in the area over the past few years.  The first stop in the investigation is to the crime scene where the latest body has been discovered.

The victim’s body was found next to a freeway off-ramp and a railway line.  Footprints lead down the side of the freeway embankment, across the rail line and to a small tent set up in the middle of a muddy field. 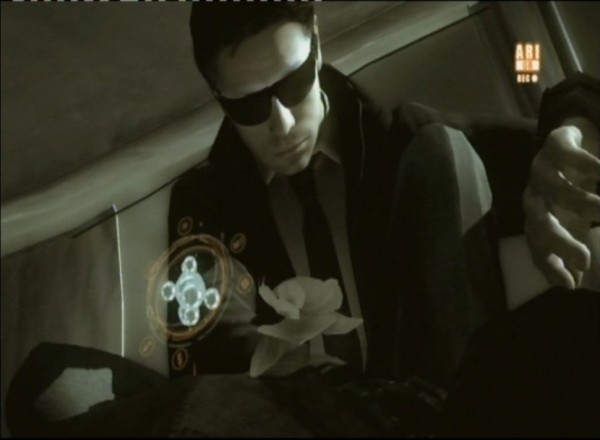 The body is that of a young boy, approximately 10 years old.  Using the Added Reality Interface, the boy is identified as Johnny Winter, who reports state had disappeared several days earlier. There are no defensive wounds on the body, indicating that there was no struggle at the time of the abduction or leading up to the time of death.  Several cues lead Jayden to believe the boy had drowned – which is impossible in the middle of a field despite the rain – he was dumped there.

Further investigation shows mud on the boy’s face, which Jayden concludes is the killer expressing no hostility towards his victim.  Furthermore, the killer left his victim with several “gifts.”  A white orchid placed on the chest and in his right hand a small paper origami figure.

The Origami Killer had struck again.

Between 2009 and 2011, eight young boys have gone missing from the Philadelphia area and were subsequently killed by what police and the media have dubbed The Origami Killer.  According to the police investigation, the modus operandi is the same throughout all cases.

Three to five days after the child is abducted, the boy shows up dead, the cause of death determined in each case to be the same.  The body is always recovered from a particular place – in the wasteland next to a railway line.  There is never any physical indication of a struggle occurring, despite all abductions reported to have been in a public place. 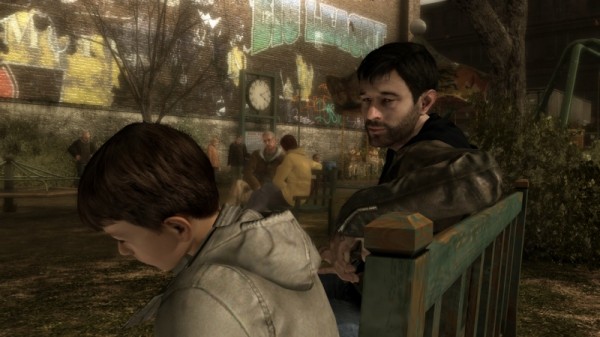 Autopsies performed on the victims indicate that the cause of death is asphyxiation due to drowning.  Further tests show that the victim suffered from a state of exhaustion at the time of death, having not eaten nor slept for several days.  That evidence, along with the time of death suggests that the killer kept their victim alive in the time that they were missing, killing them only shortly before dumping their body.

It is clear that the Origami Killer did not pick their victims indiscriminately.  The crime is cold, yet calculated and the events that transpire before the death require meticulous observation.

Efforts to narrow down a specific location proved for investigators to be difficult, as the city has many poor neighbourhoods, and the site of the abductions and sites where bodies were found had a rather wide radius, suggesting that the killer was familiar with the entire city.

When Ethan Mars’ son Shaun was abducted from a public park, Ethan was brought into the investigation.  Police quickly identified him as a suspect, as he seemed to be the perfect candidate. 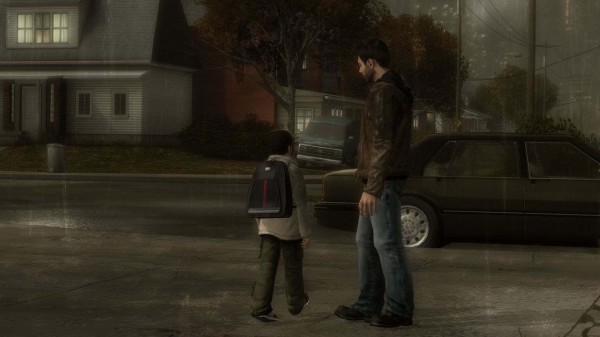 Two years prior to the disappearance of his son, Mars lived with his wife and family in a high-class neighbourhood.  An architect, Mars was able to provide well for his family and in turn, enjoyed the finer things in life.  When Mars’ son Jason was killed by a distracted driver, Mars threw himself in front of the vehicle in an attempt to save his son.  However in doing so, Mars fell into a coma for several months.  When he emerged, it was unclear if he would suffer from any long-term damage.

Speaking with police on the disappearance, Mars revealed that he and his wife had split up shortly before his son disappeared and that the two of them shared custody.  He also stated that he was living in a lower-income neighbourhood on the west side of town.  When asked what he was doing when his son disappeared, Mars indicated that he didn’t remember.  Mars also had difficulty remembering the time he and his son were at the park, or what his son was wearing at the time of the disappearance.

When police tracked down Mars’ therapist, the doctor revealed that Mars complained of a perceived feeling of resentment from his son Shaun.  More importantly, Mars confided that he was suffering from terrifying blackouts.

The therapist also offered police a key piece of evidence – a paper origami figure found in his office after a session with Mars.

When arrested at a local motel, Mars maintained his innocence despite best efforts by officers to produce a confession.  With his own son missing yet still refusing to cooperate, it would appear that Mars was digging himself into a deeper hole.

Had the stress of his life collapsing all around him finally taken its toll?  Or was Ethan Mars the Origami Killer?

In what police have called ‘daring and stupid,’ Mars escaped police custody shortly after he was arrested.  Unconvinced of Mars’ guilt, FBI Agent Jayden insisted that the force focus their efforts on finding Shaun’s kidnapper, the real Origami Killer.  However the police, convinced that Ethan Mars is the Origami Killer insist his apprehension is of the utmost importance.

Unknown to police, a separate investigation was running concurrent with the police investigation.  Private investigator Scott Shelby had collected evidence pertaining to the case, most of which has been destroyed, however police were able to recover some of the evidence in an effort to help piece together how Shelby fits into the story of the Origami Killer. 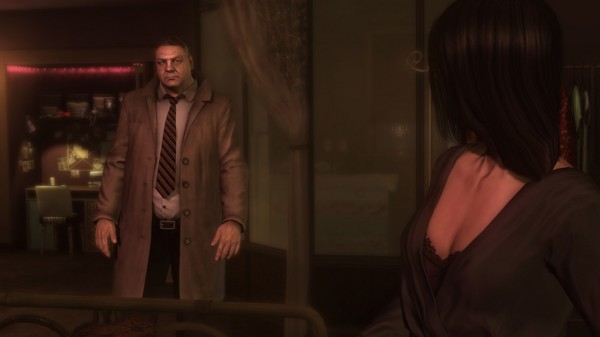 Shelby was able to collect evidence from the families of the victims due to what some believe was his ‘lack of affiliation with the police.’  The idea that people will be more forthcoming if they feel that a person is not a police officer out of fear of legal repercussions.

Found in the debris of what investigators believe to be Shelby’s old apartment building were the following, which have been identified as evidence regarding the Origami Killer case:

The memory cards contained video footage of children trapped in a well slowly filling with water.  The footage proved that the Origami Killer kept the children alive for several days before their deaths.  It also proved something else: that the intended target wasn’t the children, but their fathers.  The children were just pawns in some twisted game of chess.  At the end of each video, a message appeared onscreen.

How far would you go to save someone you love?

Jayden continued his investigation, following up in previous leads.  After a rather rough interrogation of known convict “Mad Jack,” Jayden found himself at the Blue Lagoon nightclub looking for a man named Paco.  However it would appear that Jayden showed up a few minutes too late.  Paco was dead, the only witnesses the fish in the gigantic aquarium in the private suite he was found in.

Before Jayden could analyze the scene with ARI….

Paco’s murderer is still present, and rather insistent on ending Jayden’s investigation.  Is it the Origami Killer?  Jayden fights off his assailant and barely escapes with his life.  The attacker flees, however leaves several crucial pieces of evidence behind.  Jayden analyzes the scene and heads back to the station to examine the evidence he’s found, leaving Paco to sleep with the fishes.

Back at the station, Jayden compared the video evidence he had just found in Paco’s suite to the evidence already collected by police.  Two receipts found were for gas stations that fell into the area most recently frequented by the Origami Killer.  Additionally, surveillance video from the attack on Jayden revealed a familiar watch on the attacker’s hand.  Jayden had been approached by a police secretary regarding a similar watch, one that had been given to police lieutenants as a gift from the force.

Carter Blake had one.

So did the Origami Killer.

Not ready to accuse his partner of being the killer, Jayden probes further into the evidence using the ARI system.  When he was found, he was still wearing the glasses, leaned over his desk.  Autopsy reports indicated high levels of the drug Triptocaine in his blood.  The combination of prolonged use of the ARI system and the drugs proved to be fatal for the agent.

Police returned to the motel where Ethan Mars was arrested previously in search of him.  There was no response when police knocked on the door.  Ethan Mars, who maintained his innocence throughout the entire investigation was found dead inside the motel room, the cause of death a self-inflicted gunshot wound.

Also found in the motel room was a shoebox with several contents inside.  A disposable cell phone, similar to the one found in Shelby’s apartment ruins, several pieces of different coloured paper with fold lines.  The papers contained different addresses and a letter.

When the parents came home from Church, all their children were gone.  They searched and called for them, they cried and begged, but to no avail.  The children have never been seen again.

Of course the ending I had to pick is the most depressing one, but I had to pick one.  I took a small artistic liberty about police finding the evidence in Mars’ apartment.  It’s assumed that’s what would happen – I mean they wouldn’t just say “Whelp, he’s dead.  Case closed.”