I must admit, I can not say that I was a Silent Hill fan from from the day that the first game released in stores. When Silent Hill first appeared, I was rather young and inexperienced with most types of games. After owning an N64 only, my father soon picked up a PS1 – probably due to my frustration in seeing “Only On PlayStation” appended to cool-looking video game commercials. He bought me a couple of games: Spyro, Syphon Filter, Tomb Raider, Crash Bandicoot, and what ever else was popular that the time or appealed to my young sensibilities. My father also purchased me the first Resident Evil and soon after that Silent Hill. At the time, both of these were far too difficult for me to play. They actually managed to scare me as well. From what I recall, the farthest I was able to get in Silent Hill was to the school – not very far, I know. Did I consider myself a fan back then? Not really. Silent Hill was nothing more to me than a game that intrigued me but alluded me due to its complexity and ability to unnerve me. I did enjoy replaying the intro, though. I had to have been attacked in Cafe 5to2 over a dozen times before I ever managed to play through the entire game.

Several years later, much alike to when I was a child and I was bitter over PlayStation commercials showing me games I couldn’t play, I saw a TV spot for an new release. It was a Silent Hill 2 commercial. I faintly recall thinking to myself that it was interesting that they made a sequel, but I had no business playing it, because I could never make any progress in the first game. I can’t tell you exactly when I played Silent Hill 2 for the first time, but rest assured that it was quite a while ago. I do know that I played it through emulation on an Xbox 360, with emulations problems and all.

Jumping through my hazy timeline once more, the following memories were probably from 2005 or so. The Silent Hill movie was coming to theaters soon and I was excited to see the film based on that one elusive game that I could never complete. I thoroughly enjoyed the first Resident Evil film, so I expected to enjoy this one as well. In the end, I did enjoy it and still do to this day. It’s not the plot of the first game, but it’s not like I knew that at the time! Oops. 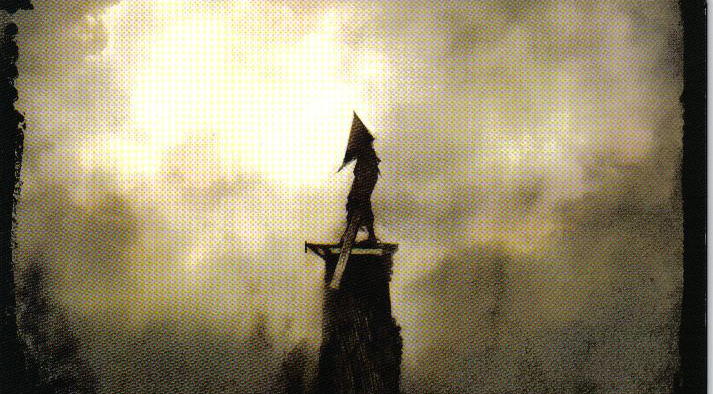 It wasn’t until roughly 2007 that my interest in the Silent Hill series began to return. Hot off the heels of the Silent Hill movie, I wanted to establish myself as a fan. Silent Hill: Origins was in development but I knew nothing of the game aside from that. At the time I relied on video game magazines, word of mouth, and my PSP web browser for video game news.

Blowback, a music track from Origins, managed to find its way on the internet mislabeled as “O.R.T”, a different track from the game. I listened to it almost daily, enamored by its melancholic tones and the moving voice of Mary Elizabeth McGylnn. I was probably a miserable High School student – like most – so the song resonated with my angst and depressive moods. I was admittedly pretty lame and geeky. But it’s hard to say that this song did not a hand in luring me back into the series – had I not stumbled upon it I probably wouldn’t be writing this blog post or blogging in general.

My memory is fuzzy on why, but I didn’t pick up Silent Hill: Origins at that time. It probably released during the period where I couldn’t afford any new games (a large reason why I missed out on so many amazing PS2 horror games). I did play it a few years later on the PS2, and then on my Vita.

It wasn’t until Silent Hill: Homecoming began to be teased that I joined the Silent Hill fandom. The game was still titled as Silent Hill 5 at the time I joined a Silent Hill fan forum by the name of SilentHill5.net. The site had changed its name from SilentHillorigins.net to match with the upcoming game in the series. My first first forum post there was an off-screen image of Pyramid Head being in the game. As expected, fans weren’t really happy to see PH return, but the movie’s popularity ensured that he became the series’ “mascot” from that point forward.

I have no clue how long into my membership it was, but I was soon elevated to a moderator on the forum. The site owner and I became good friends, talking regularly about Silent Hill and non-gaming things. I was eventually given an admin position to take care of the site while he was away on personal matters. Along with the forum, SilentHill5.net had a small homepage for Silent Hill news. When the site owner asked the forum community for news writers, I volunteered after much deliberation (Would I want this responsibility? Would I have time?). If it were not for what I call a “fuck it moment”, I probably wouldn’t have discovered my passion for game blogging. I accepted the responsibility of writing news and informing fans of the site of the latest happenings with the series. 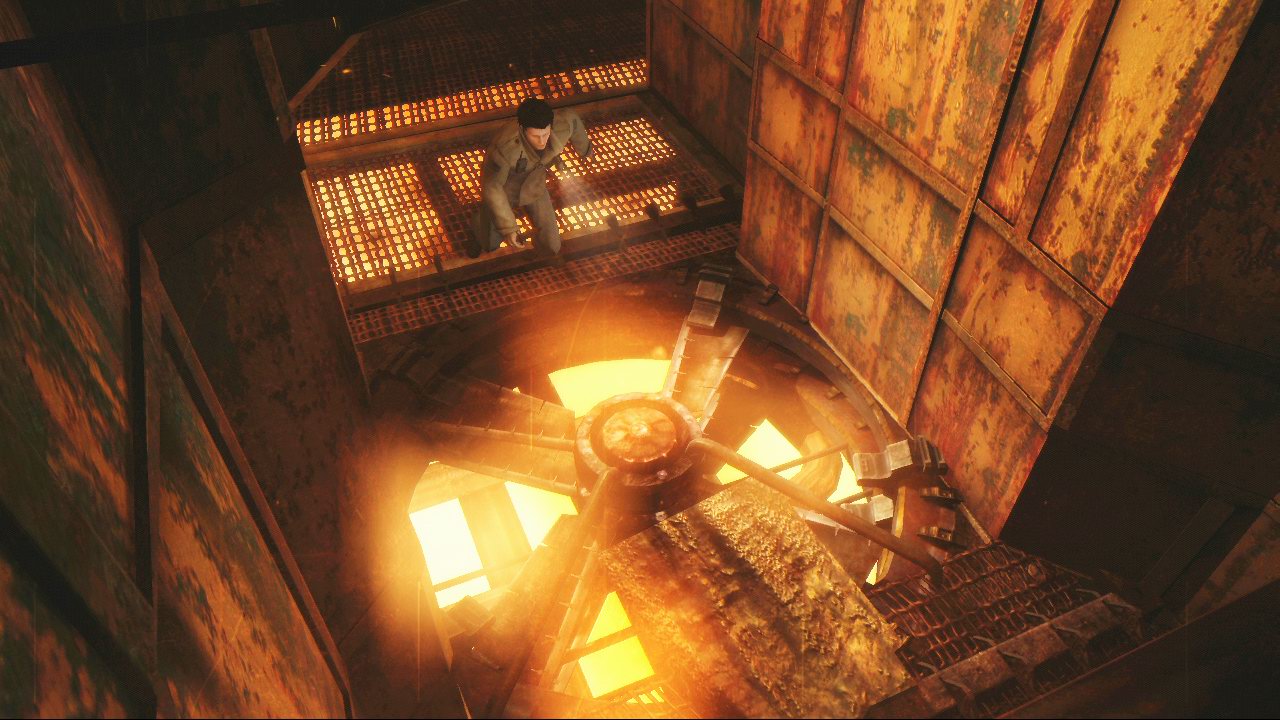 Homecoming came and gone. The forum soon evolved its homepage and focus to encompass all horror games. SilentHill5.net became Hell Descent, a name derived from a level within Silent Hill: Homecoming (the most visually appealing level in the game, if you ask me). The owner of the site, Bradley, put me in control of the site. I worked hard seeking out horror news, interviews, exclusives, and developing my writing skills. As with the Silent Hill series itself, I owe Bradley so much. Were it not for him, I don’t think that I would have ever taken the leap into blogging. He gave me the opportunity to discover how much enjoyment I get out of writing to an audience and delivering news and information.

Eventually Hell Descent was put into my ownership. With the site under my creative control, I continued blogging my head off alongside a group of editors from the forum community (including Whispers in the Dark podcast co-host Whitney and Rely on Horror editor Taylor). My work on Hell Descent eventually led me to my first press event. Little 18 year old me was invited by EA to preview Dead Space: Extraction. EA was also the first publisher to put Hell Descent on their press list for review copies – this was a big moment for me as it meant that my site was established enough. We passed the vetting process and were considered worthy!

Let’s jump ahead to E3 2008; Silent Hill 8 had been announced by Konami. My favorite series had returned. Forum stuff happened as usual, and I wrote and moderated. To secure us an exclusive, I reached out to Daniel Licht, the announced composer of Silent Hill 8. It wasn’t long after I sent my request to Licht that I received an email from Devin Shatsky, producer of the game. He informed me that the interview was a-go, and thanks for reaching out and showing interest. He also shared that he was a fan of Hell Descent. Imagine my excitement when I heard that someone behind the game I was excited for was a fan of my community and website.

Devin Shatsky, and eventually Tomm Hulett – associate producer of Silent Hill 8, joined the Hell Descent forum to interact with fans. The community became a place where fans could interact with the developers behind the latest Silent Hill game. Our feedback and complaints were seen and acknowledged by the game’s creators. I jokingly tell people that the Hell Descent community are responsible for the button prompt and item shimmer settings in Silent Hill: Downpour (we did complain about it a lot!)

Sadly, the original iteration of Hell Descent had to close due to technical issues out of my control (although it’s back now as Rely on Horror’s official forum), but my blogging and passion for the Silent Hill series continued on the very site that you see before you. I could get into the whole process behind joining Rely on Horror, but the short version is that we were both aware of each other and the team was eager to scoop me up when I announced that I was closing shop.

One of my first big pieces on Rely on Horror was my long planned previews for both the Silent Hill HD Collection and Silent Hill: Downpour. Whitney, being an editor at Hell Descent and owner of her own Silent Hill fansite (Silent Hill Historical Society), and I played both games well ahead of their respective release at a preview event. While Downpour blew us away, I wish I could go back in time Terminator style and warn the publisher of how upset the HD Collection was going to make people. 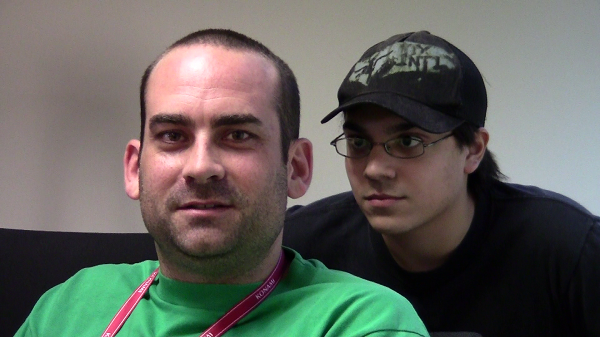 It is now the series’ 15th anniversary. Silent Hill: Downpour, the HD Collection, and Book of Memories are things of the past. I’ve spent countless hours writing, playing, and talking about the Silent Hill series. Despite not being a fan from the very start, the series grabbed me many years ago and turned me into a life long fan. It brought me to a community filled with people that I’m still friends with to this day, and it introduced me to the game industry and my aspirations to work in it. Silent Hill is not just a video game series that I enjoy for its writing, aesthetics, and music; it’s a series that helped me discover my passion for the games industry.