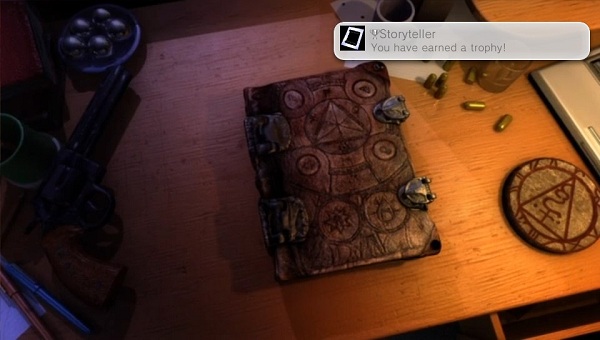 The Silent Hill series is well known for its strange way of gauging the player’s behavior. Silent Hill 2 secretly monitored how many times players observed the knife in their inventory, and how concerned they were about Maria’s health; Silent Hill: Shattered Memories did the same but personalized the system to the players’ own personality. Silent Hill: Book of Memories carries over a system much like the one found in Shattered Memories and combines it with its RPG gameplay. The result is a system that has many players of the game baffled.

The new alignment system is heavily rooted in the player’s play style. Because of this, Book of Memories is quite a complicated game that has stumped many players who are trying to control which ending and note alignment that they will receive. Thanks to Bobby Cowling (tortoiseontour on Twitter), who has figured out the system, we’re going to present one of the first guides to the game’s hidden story system. Now, this guide will clearly contain spoilers and be a big disservice if you use it before beating the game. We recommend that you play the game naturally before you cheat the system. Otherwise, you’d be controlling fate and writing your own memories. Get it?

Check out the full guide on how to control the game’s notes and endings, below!

Basic Information:
During your journey through Book of Memories’ zones, you will come across several types of notes: challenge notes, world notes and boss notes. World notes can be determined by the colored row that they appear in within the Book of Memories. Ignoring the first colored row (notes #1-10) as they are all flavor notes, the second colored row is where notes become categorized by their world. For example, the second row is red, which is representative of the fire world, the third row is brown for the wood world.

Challenge notes are the second, third and fourth notes for each world (notes #12, #13, #14, #22, #23, #24, etc.). Their purpose is to infer three challenges for each world that affect world notes. These challenges include things like: fully exploring zones, playing a certain way, or determining what weapons you can use.

World notes are the fifth, sixth, seventh, eighth, and ninth notes for each world (notes #15, #16, #17, #18, #19, #25, #26, #27, #28, #29, etc.) and will change as you fulfill the challenges dictated by each world’s challenge notes. Which challenges you complete will determine whether world notes shift to light or blood, which will also change the contents of each note to either good (light) or bad (blood) events. A world note’s alignment can be easily seen in your Book of Memories; the icon that appears on a world note will be either a red symbol for blood or a white symbol for light. Once a world note has been obtained, players no longer need to re-find them if they wish to change the note’s alignment; they must simply perform the note’s challenge.

Boss notes are the tenth note for each world (notes #20, #30, etc.). To change them, you must defeat the boss associated with that world with 3 to 5 of your world notes being either light or blood; the affinity of which will affect the alignment of the boss note. For example: killing the fire world boss after acquiring four blood-aligned world notes will result in a blood-aligned boss note.

Other notes are generally flavor notes, such as the first note for each world (notes #11, #21, etc.), which merely details story elements from the player character’s point of view. In addition, the first 10 notes describe the events of Book of Memories from the Order’s point of view, while the notes that appear after steel world’s boss note (notes #81 and onward) are all flavor notes, with some that reference characters from previous games like James Sunderland from SH2 and Alex Shepherd from Homecoming.

Here are the challenges implied by each world’s challenge notes. Please be aware that any challenge marked with a question mark (?) has not been fully researched and might not be the correct challenge contained in that note. Please leave a comment if you have anything to add and we’ll edit this guide accordingly.

Note 12
“Derek, honey, I know you don’t want advice from your mom, but I am your mom so I’m going to say it anyway. Have you thought about taking some time off? You’ve been so busy at work I’m just worried you’ll burn out. I know you. You’re “on” all the time, and that’s wonderful, but we all need to take time off and just rest. Go to the park and sit in the shade, or feed the ducks, or something fun. Love you dear. -Mom”

Derek wants to be a responsible, accomplished person. It’s clear from his descriptions of work that he’s willing to take any assignment given to him, regardless of who requests it or how many missions he’s performed for that person. Derek is eager to help with any task. However, he tends to react badly when this doesn’t result in praise or reward. He seems frustrated he’s ‘suffered in silence’ for so long.”

In regards to your question, I assigned the task to Derek because he never backs down from a puzzle or takes the easy way out. Every time he encounters an obstacle, he finds a solution. His dedication to the job is an asset to our team, and he’s one of our stars. I stand behind my choice.”

Notes: Student is enrolled in a Health Science scholarship. She must maintain an average above 70% in Health-related courses.”

Note 23
“If I had to describe my perfect guy, let’s see… he’d have to be kind to others, funny. He’d dress nice– not super fancy, but clean! Umm… I think it might be nice if he bought me nice little surprises sometimes. Nothing big, but if he got me a little something whenever he was out shopping, it’d be nice. I’d know he was thinking of me. What about you? Pass back! -Katie”

THE FAILURE: NOT AN OPTION TOUR

I truly think Graham and Lorelai Reynolds have a chance of reconciling. The key here is Graham has plenty of opportunities to heal the marriage. However, he wastes his energy healing other areas of his life–his job, etc. If he could hold onto this energy, he could stockpile it for his wife. I’d like Graham to recognize these healing opportunities and cherish them, rather than expending his energy elsewhere.”

We hereby acknowledge Officer Graham Reynolds for his fine service to our community. He is a Shining Light casting out the shadows of our city.

Reynolds is a fine example to the police force he dutifully serves.”

Note 34
“You’re damn right I won’t take this sitting down. Graham’s a good cop and doesn’t deserve his name being dragged through the mud. Especially not for something like shooting a fellow officer. If you made a list of things that man is capable of, that’d be the goddamn rock-bottom. He’s loyal to a fault, and he’d sooner take a bullet than risk hitting another uniform. You took one of my men off the street for three weeks to rot in a courtroom, and for what? Nothing.”

Light Shift: Do not use guns.
Blood Shift: Use guns.

[Player’s Name] is no good for you. He’s not your type, as you’ve probably realized by now. I know I wasn’t perfect. I was always buying things for myself and then cheaping out on dates. I get it. I just wanted you to know I’m saving all my money from now on. Really– stashing away all my spare cash. I’m saving up for our life together. Once this phase is over and you’re ready to try again you’ll see I’m a new man. I only buy the necessities, and save the rest for you. For us.
-Trent”

Light Shift: Get (20) executions?
Blood Shift: Do not get executions?

I spoke with Trent Baker today about his academic advancement. I do have concerns about this young man’s insistence on a single path to success. Trent has armed himself with a singular skillset, and refuses to give anything a chance other than what he’s familiar with. While it IS possible to find success this way, it takes an incredible amount of dedication and a little luck.”

However, on the charges of assault with a firearm, the court finds Mr. Merrick not guilty.”

Light Shift: Use guns
Blood Shift: Do not use guns

Overview: This board has once again denied Merrick’s application for parole. We believe this man has a number of compulsions which he must break before he can return to society. It would represent a collapse of the justice system if such a broken individual was released. With a career starting at destruction of property and advancing to more serious convictions, we don’t see such a change happening overnight.”

Note 62
“Graham I need to see you tonight. I need to see you every night. I can hardly stand it when we’re apart. It’s difficult to breathe. It’s impossible to think. My heart beats in tune to yours–you must know that. I’m falling so fast, Graham. Please call me when you get this; I’m sure I’ll need to hear your voice–I always do. You’re my constant light; I’m in darkness without you.”

I am so proud of my Graham. A few years ago he arrested a dangerous criminal, Jack something or other–didn’t even have to use his gun! It took months, he was a big hero. Well! Turns out Jack just escaped from prison and Graham’s been a wreck since– he really needs to keep his health up. But I know he’s going to catch him again–this time for good. Graham is such a great policeman…”

What: Party of the Century
Where: Doug’s Party Station
(1028 Bramble Rd.)
Who: You! Bring a friend if you’ve got boobs
Deets: Liquor wanted! We’ve got beer, beer, and more beer. ‘Other’ welcome but not included!” 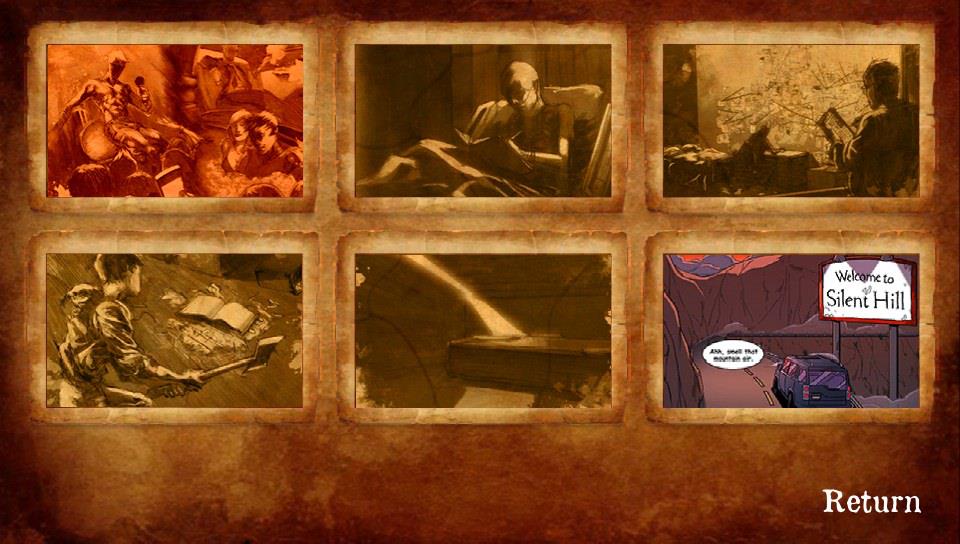 Ending #1 – Bad+/Pure Blood
Requirements: Have 5 or 6 boss notes be blood.

Ending #5 – Good+/Pure Light
Requirements: Have 5 or 6 boss notes be light.