Biohazardous: A Critique of Toxic Fandom 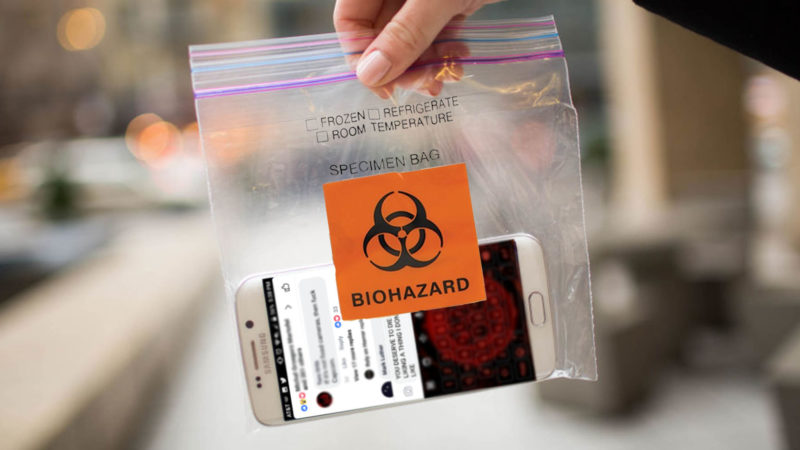 Welcome, everyone. Take a seat. Hell, take several. If you’re currently thinking about how you are going to retort my every word, take the entire stadium of seats. They’re yours for as long as you may need them.

It’s time we have a chat about the toxic, aggressive undercurrent in modern fandoms. This article is going to focus specifically on a subset of people in the Resident Evil fanbase, because the recent REmake news cycle has brought the worst examples of the fandom out of their hiding spots. We happen to post about the series quite often, and tend to find that this small, vocal subset of fans shows up any time Resident Evil is mentioned. For those of you new to the site, we are an online horror gaming magazine. We put out new content regularly, always about games. We do not cover such meaningful topics as social safety nets, right to life, or anything of actual import. This disclaimer is necessary because you may wonder if these comments could have been triggered by something so unimportant as video games.

whole article is just aids. your obviously Capcom fanboy who accepts any trash they give you. saying it should sell to everyone is the reason the franchise went down the toilet when they did RE6. we don’t need shitty articles by idiots like you defending these awful decisions

For most people, AIDS is a reminder of how far we have come in medicine, and how much of that road is paved in the blood of gay men used as a scapegoat, seen as less deserving of medical resources. For Tonyo33, AIDS is a reasonable thing to call anyone who has an opinion about whether a game is FPS or over-the-shoulder. 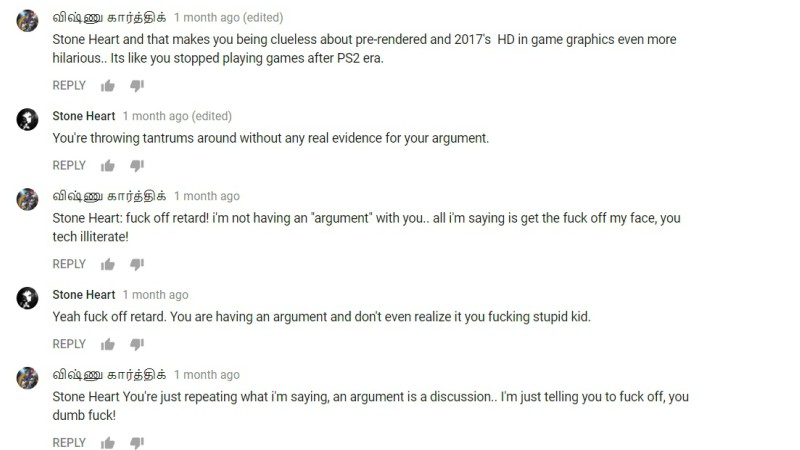 Where do we even begin to unpack this? It’s a selection of YouTube comments on our ‘What I want From the Resident Evil 2 Remake’ video. This started with a discussion of whether the game should use pre-rendered backgrounds or not. At this point in the conversation, a minor disagreement over a video game devolved into flinging ‘retard’ and ‘fuck off.’ None of this is necessary when discussing the pros and cons of different rendering styles for graphics in a game. If you find yourself reaching deep down into your soul for terrible things to say to someone over a game, power down your electronics and talk a stroll outside. 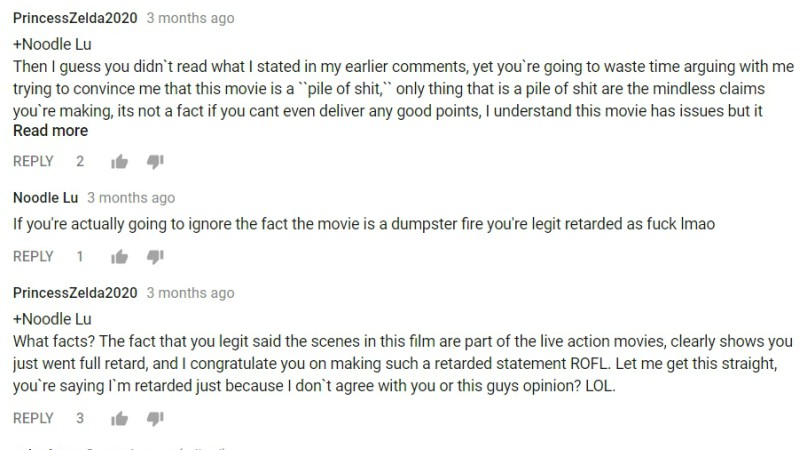 Ah, ‘retard’ again. Nothing underscores a level-headed, mature response to a reasonable discussion like chucking in a few nasty slurs. If this sounds like your arguments, you legit need to hop offline and consider whether you’d say this to a stranger in public while discussing a video game. See the entire bonkers exchange on our YouTube video ‘Review: Resident Evil Vendetta– The Worst Resident Evil Thing Ever Made.’ 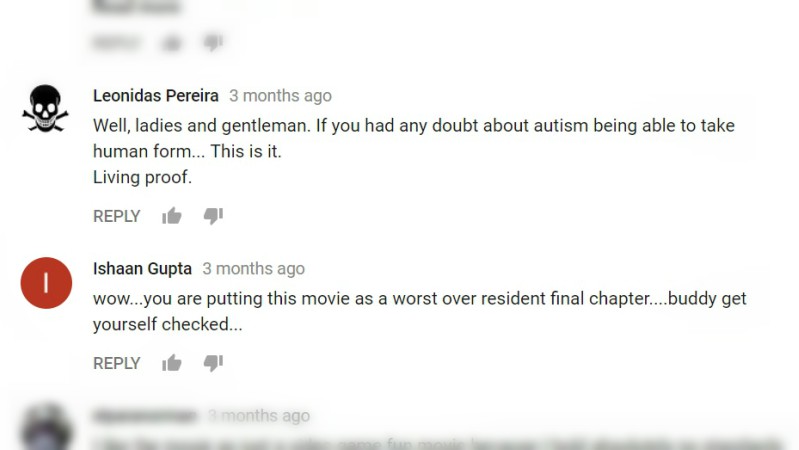 Same video, more comments equating a differing opinion with mental illness or neuro-atypical thought processes. Let’s get on the record here: There is never a reason to pile on the autistic community or people with mental illness when arguing over a video game. Even if you like the game. Even if it is technically about a movie related to a video game. Full stop, this is not ok. These slurs hurt others in our community, and quite frankly, that’s as unacceptable as the fact that people hurl abuse at our writers every single time we cover the Resident Evil series. As an aside, I’m issuing bonus points to the first person who can explain what other forms a human diagnosis was supposed to take. I’ve got a call out to the local vet, but I’m not aware of autism being a fish ailment or a common iguana issue.

Unnecessary. There was no reason at all for this daily dose of homophobia. For those unaware, we do have LGBT writers and readers, so we do ask everyone refrain from using their blatant homophobia as a modifier for simple questions that are entirely unrelated to sexuality in any way.

Some people like to let us know across multiple platforms how strongly they disagree with our views. We sometimes get public comments instead of emails, and messages should usually be answered in kind. As such, this is our reply:

Hi there, SonofSea.
I’m reaching out to let you know that Rourke may write about Resident Evil often, but he rarely moderates comments. Disqus automatically withholds certain comments for moderation, triggered by certain language or by several posts over a short timeframe. We’ve had a few folks contact us today about weird moderation, so it does seem like perhaps the system is filtering messages that should be allowed to post. The issue with your comment might involve the phrase ‘slitting their wrists’, but I would have to check with my other moderators and I am not waking them up for that. I believe that the other commenter with the same language had their post flagged, as well. Problems with moderation can be addressed to the site email for fast resolution, as that forwards to our cell phones quickly and can be immediately dealt with. It is also worth noting that we are, as a matter of fact, a media site. I sincerely hope my writers always behave like they work in the media, because they do.
Best,
Destiny Maddox,
Managing Editor, Rely on Horror

The above is one reply to a Reddit thread linking Rourke’s REmake Rumor article. Below is another, and by now I hope everyone can spot the problem.

This issue is not limited to our site or writers, as much as I would love to see everyone else in the fandom escaping unscathed. The most vitriolic comments are aimed at the developers themselves, ironically reading like an enemy manifesto ripped from any popular horror game.

You are disgusting you assholes! You played with our hearts. This is not funny anymore! You know we’re desperately waiting for RE2, and you post these teasers and say now you didn’t mean it like this?Fuck you! You’ll regret this, believe me.That was too much! #ResidentEvil2Remake pic.twitter.com/qcgoR17weR

This tweet, for instance, is both vague enough to play it off as a joke when people ask what the hell is wrong with the author. It also says “you’ll regret this” and has a .gif of a man miming cocking and shooting a pistol at the viewer. It was directed to Capcom. That is even more unhinged as the following videos, part of a series of meltdowns by one YouTuber who also happens to have a one-hour rant video. I did not watch that, but it’s available on his channel if you feel so inclined.

This is one person out of several who had a pants-shittingly bad reaction to a PR employee letting people know that their tweet was taken the wrong way and clarifying the misunderstanding for their fans. While I do not understand the people screaming into microphones, crumpling up money and throwing it at their screens, or generally falling to pieces about the announcement or their opinion of camera angles in a game, at least they aren’t making weird veiled threats. It also isn’t harassing a man who hasn’t worked for Capcom in over a decade, as below.

What a nice way to treat your customers, especially coming from a Japanese person who is supposed to be polite.

This is not relegated to just the Resident Evil fanbase. Every single fandom seems to have a toxic subset that is willing to lash out and poison the entire community. Street Fighter has this gem:

Every fanbase also has its GamerGate kids, and Capcom’s games are no exception. Their fine fedoraed fans seem to be currently tied up with Monster Hunter World, though I am not cross-referencing every guy with #GamerGate in his bio against every tweet about Resident Evil 2 REmake. Cheers and a drink to anyone who decides to do that. You’re going to need the drink.

We can just go ahead and round out this article with a few more examples of what not to do.

Casual use of the word ‘retarded’:

There is nothing wrong with having strong opinions, or with discussing those opinions. Fans of any series will- and should- have opinions. When those opinions require screaming ranting, racism, full-time dedication to comment replies on forums, or comparing anyone who disagrees with mental retardation, autism, or AIDS, you’re not having a discussion anymore. Moreover, you are not supporting the series as a fan.

By making any fandom a toxic place where others feel unsafe in posting, or unable to have a reasonable conversation, you drive away potential fans. Eventually, this impacts sales and future interaction. That’s not likely to get anyone what they want out of a team of developers, nor is it going to convince publishers that a franchise is worth continuing development. If fans feel unsafe having conversations with some of these people, I can only assume the developers feel the same. Have your opinions, but before you submit them to a public forum, look at them through the lens of a developer or potential fan. If they’re more likely to push those people away than invite questions and conversation- or could be construed as a legally actionable threat- take a step back and consider why you’re so fired up. After all, it’s just a game.