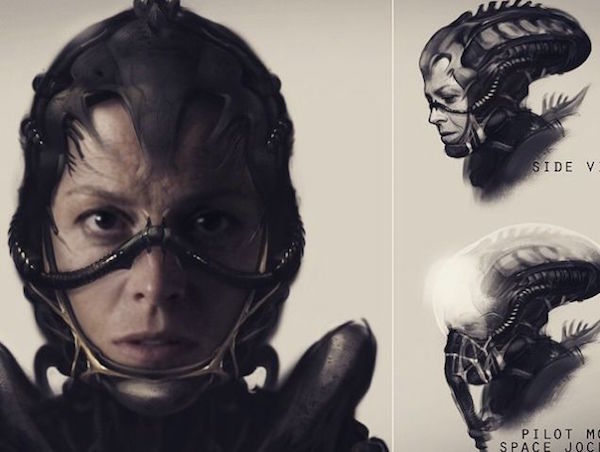 It’s no surprise that the news of Neill Blomkamp’s Alien film getting the green-light has reinvigorated fans of the Alien franchise around the world. With just a few pieces of beautiful artwork the director nabbed himself the helm of this coveted project when it seemed a lost cause. The new film is to be the direct sequel to Aliens, possibly leaving Alien 3 and Alien Resurrection in the dust, though Blomkamp stated it won’t undo them. It’s not often we see a timeline altered mid-series in film, but depending on how they implement this one it’s bound to negate the last two films (although, no one really cares what happens to Resurrection – if we could erase that from existence we would). What is noteworthy is that Blomkamp’s film is not a reboot. It is not a re-imagining of the series as a whole, but rather serves as what I believe to be a fork in the Alien timeline – or a black hole, if you will – to let us choose another path to follow after the second film’s events. Since this franchise spans multiple mediums – the most recent examples being video games – there may be more potential for crossover ties to the canon timeline. 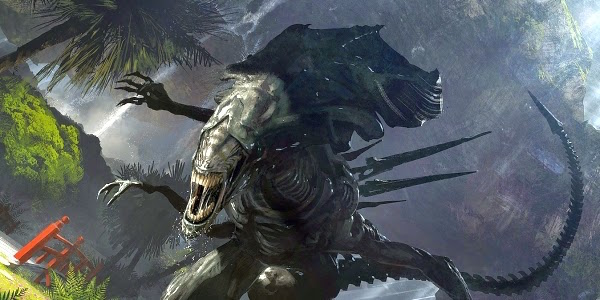 This brings us to the game side of things and how they could have affected the series’ canon: the games that don’t deserve placement and the games that do. Video games adding to a film series’ timeline isn’t unheard of; Telltale Games released Jurassic Park the Game a few years ago, which offered a look into what happened on Isla Nublar after the events of the first film. While it isn’t inherently important to the stories told in the films, it gives the Jurassic Park universe a more three-dimensional look. To that end, Telltale Games has also released a highly successful series of games for multiple different franchises. Similarly, Konami’s Castlevania series is the poster-child for inserting chapters wherever there’s room, which continually adds to the depth of their story. They’ve even removed, or “retconned,” titles from the main canon, rendering them completely isolated from the main timeline. It was only a matter of time before a major film franchise attempted the same thing. For instance, the theatrical release of Alien 3 was unfortunate if only for the way it was cut and pasted together in such an awful way that left fans incredibly disappointed. I thank the stars every day that the 2003 Assembly Cut was released, turning an incomplete and inconsistent movie into an amazing experience. Unfortunately the bulk of Alien fans wanted a sequel with Ripley surviving and one where perhaps Hicks keeps his face. The continued overall disapproval from the fans has left Fox with the perfect opportunity to finally make things right. What better time than now when reboots and rewinds are so prevalent? 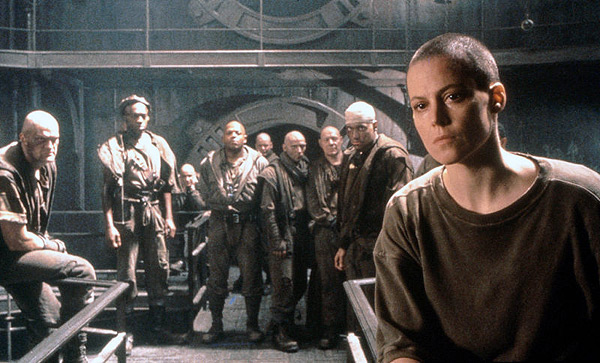 With that in mind, fans were all-too-excited back when Aliens: Colonial Marines was announced and the excitement mounted when we heard it was to be considered by Fox to be an actual canon installment. Alas, like most things that sound too good it ended up another completely botched outing into the Alien universe. While the environments that paid homage to the classic action film were decent, that’s about as far as it went with quality and logic; a large part of the game took place at Hadley’s Hope from Aliens, but seeing as the film ended with that site being ground zero for a nuclear explosion it had no business being included in the game. What’s more, they didn’t even get the timeline right for the rescue operation. In the film, the marines were expecting a rescue in seventeen days, yet this game’s rescue takes place after seventeen weeks. Admittedly, the general concept was interesting in that it slid itself right in between Aliens and Alien 3 and officially revived one of science fiction’s all-time favorite characters, but things didn’t quite add up. 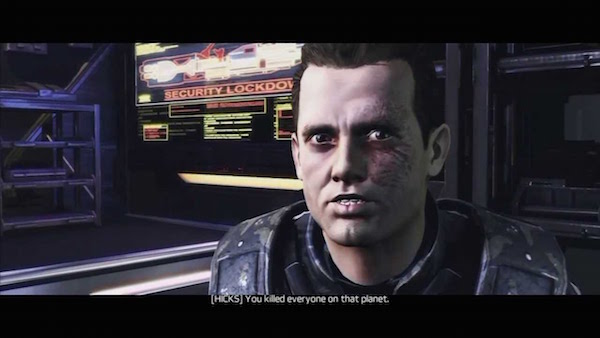 The title screen of the game shows just how turbulent the production of the game was and how many times the responsibilities changed hands. It was essentially the gaming version of the production of Alien 3, as the film was notorious for changing directors, scrapping ideas, unfinished scripts and patching things together willy-nilly. The production of Aliens: Colonial Marines proved that even though something takes a lot of time to complete it does not mean it will be worth the wait. For a while after A:CM‘s complete and utter failure at being a finished or even sensible game it seemed unlikely fans would ever get an Alien game worth their time. 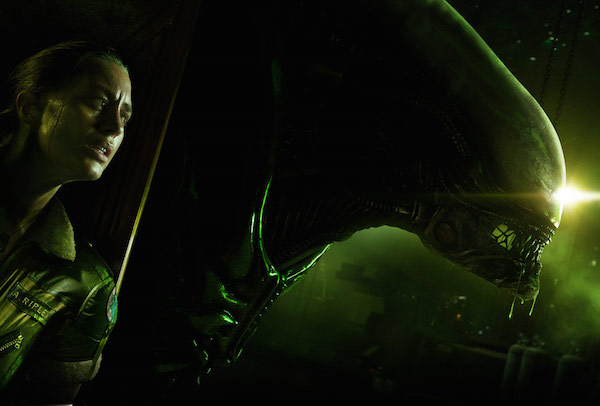 When all seemed lost, the tides shifted. The Creative Assembly most likely made a long list of “don’ts” while watching A:CM quickly burst into flames. Right out of the gate they should be commended for not using Aliens as the source material for their game; too many times has that film inspired really shitty games. The franchise has a lot of source material to choose from that can create a wonderful gaming experience and luckily one surfaced. Alien: Isolation is a game of substance with a gripping story, interesting characters and environments that suck players into the world of the original film by Ridley Scott. Perhaps one thing the game had going for it was the failure of A:CM that left a lot of fans disinterested – this quite possibly gave The Creative Assembly less attention, which in turn allowed them to make a game so great and surprising.

Alien: Isolation chose horror over action and gunplay; it was a tribute to the first film’s horror glory and it recreated that famous tension of not knowing what was around the next corner. In fact, the game was done so well that it begs the question: why wasn’t this game an official chapter? While no official word has been given regarding this game’s inclusion into the main story, it stands to reason that since it was announced for A:CM and hasn’t been for A:I that it is not canon. The disappointment of A:CM could conceivably have pushed Fox away from including further game installments, and with Neill Blomkamp’s new film taking place as a direct sequel to Aliens, it will most likely undo A:CM as if it never happened. Unfortunately, it is all speculation at this point. 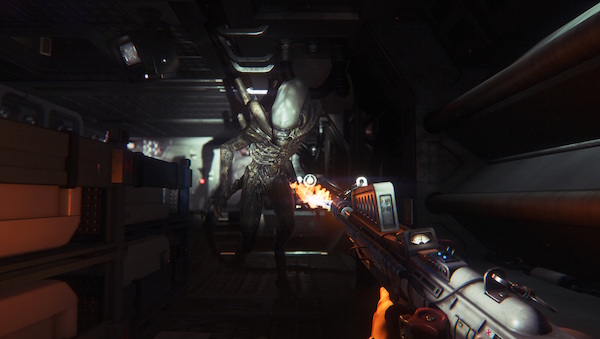 On that note, Alien: Isolation deserves inclusion because of its success, its story and characters and because of the fact that it doesn’t do anything but add depth to the storyline of the films. It doesn’t negate anything or change things with its existence, it’s just a new chapter – and a damn good one at that. Learning about Amanda Ripley’s search for her missing mother was a great sidebar to Ellen Ripley’s tale and the game’s whole atmosphere was perfect. Traversing the Sevastopol was like stepping onto the set of the first film, the intricate detail was phenomenal. Amanda walked, crawled and jumped (let’s not forget tip-toed) her way to try and discover the fate of her mother and her crew all while dealing with her own horrors.

Neill Blomkamp has stated his film will not undo the last half of the Alien saga, but how will it be implemented? It could be a true sequel with Alien 3 and Resurrection being caught somewhere in Ellen Ripley’s nightmares during her hyper-sleep. Do you agree that Alien: Isolation deserves to be an official chapter? Blomkamp has even said that after playing the game he is rethinking some of the visual aspects of his upcoming film, which gives this title even more power behind it when considering it for inclusion in the main canon. Let us know your thoughts on what should be done with the video game entries noted here. Remember, the Alien series is riddled with problems, but that doesn’t mean they can’t be redeemed.