After Resident Evil- what's next for Hollywood? - Rely on Horror

After Resident Evil- what’s next for Hollywood? 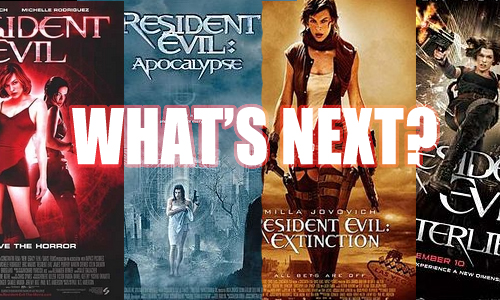 Hollywood has a thing about adapting horror video games. Sometimes it works (Silent Hill, 2006) and sometimes it doesn’t (House of the Dead, 2003) and sometimes… (Alone in the Dark, 2005). While the quality of the Resident Evil film franchise is questionable, people still go to see them, and we’re coming up on the fifth film in the series with no signs of stopping. So I’m left to wonder, what about all the other great horror games? Hollywood could totally make great horror films from these games, if they were only to follow a few simple guidelines.

The horrible live-action Japanese film aside, Dead Rising would probably be the easiest on this list to make into a film, seeing as how it’s probably the most straight-forward. Zombies. A mall. A dedicated, if a bit overbearing photojournalist. Psychopaths would have to be kept in the film – but not all of them, since the movie would end up running for about six hours. Adam the Clown would definitely have to be kept, mostly just for his pure iconic role in the game. He was the first psychopath that truly laid the fact of the matter bare: THESE PEOPLE WERE FREAKING CRAZY. Adam’s death still kind of sickens me, even after all this time. Steven the grocer should be kept as well, so should Larry the butcher. It’s a shame about Frank, honestly, since the actor who would be best is far too old for the part. James Garner pretty much IS Frank West, but I think Vince Vaughn could probably do it. Penélope Cruz would be an obvious choice for Isabella. 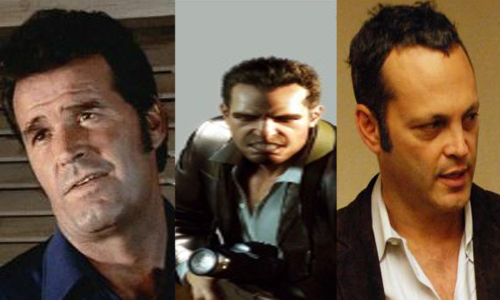 I’d love it if a film also managed to keep “Overtime” after the credits. Have the meat of the film be about two hours, then credits, then an additional 30 minutes of film after the credits. Most big movies have after-credits film anyway, from Pirates of the Caribbean, to the Marvel film franchises, it seems like it wouldn’t be that much of a stretch to just put a longer after-credit sequence than usual. Oh, and the end credit music would just HAVE to be the amazing song “Justified” that was used in the game, it really helps sell the helplessness of the first, pre-credits ending.

As interested in “Silent Hill: Revelations” as everyone is, I’m pretty sure I feel safe in saying that’s not what people wanted when they heard they where making a Silent Hill 2 movie. While Silent Hill 2 has no direct connection to the other games in the series, let alone the plots of the two films, it doesn’t seem unreasonable to treat the film as a stand-alone. Since it wouldn’t actually BE the second Silent Hill film, it’s lucky that the game already has a sub-title, “Restless Dreams”, from the Xbox port in 2001. While not as complicated as some of the other Silent Hill games, 2 seems like it would be pretty easy to adapt, as there really isn’t a whole lot that happens for long stretches of the game. One of the things Hollywood would be tempted to do would be to show James before going to Silent Hill, as they showed Rose in the first film, but it would be important to the story to keep the opening James in the mirror, just outside of town, especially if the film wanted to play around with some of the darker theories of what’s in James’ trunk.

As far as casting goes, it’s a shame Carrie-Anne Moss is already in Revelations, since she’d be a pretty good Angela. James Sunderland is Pretty much Jack McBrayer, who- despite playing the goofy Kenneth on 30 Rock, would make a perfect James, given not only his clear emotional range, but also the fact that he pretty much looks like James. Maria/Mary is a little more difficult to cast, as the woman she’s modeled after (Cameron Diaz) is now far too old to play the 25 year-old Maria. But whoever was cast would have to be capable of the emotional range the two characters go through. The calm, sick Mary who seems oddly at peace with the world, albeit still super-depressed, and the dark, sensual Maria, who talks in circles, and occasionally becomes legitimately upset with James, something Mary never seemed to do. 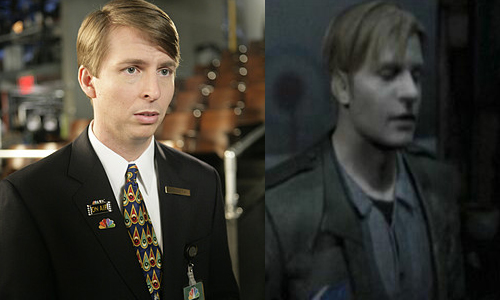 The only other big question with a film version of Silent Hill 2 would be- which ending? The first Silent Hill film left off with such an ambiguous ending, it’s hard to tell what actually happened. Of Silent Hill 2’s many endings, it seems like the two most obvious endings would be either the “good” ending or ‘”bad” ending, it would really just be up to the film-makers to decide what choice James made at the end- as the story is really about forgiveness, it’s whether or not James is able to forgive himself for the past. Of course, the film could always just make up an ending, but it would have to do two things at once: Appease the fans, AND not be confusing for average moviegoers.

While Dead Space already has two so-so animated films, I’d love to see the franchise legitimately adapted to the big screen. Dead Space and the original 1979 “Alien” share a lot in common, not the least of which is pacing, which would be very important to an adaptation of Dead Space. While the games do tend to venture into action every once in a while, they tend to be slow for the most part, building up tension and fear of the dark- just like “Alien” did. Isaac would have to talk, but since he did it just fine in Dead Space 2, it doesn’t seem like that would be a problem. Isaac would probably have to spend a little more time in the company of others, as watching a guy walking around alone for two hours doesn’t seem like the type of thing the studios would go for. Instead of communicating pretty much everything via video-chat like Isaac does in the game, why not have him just be with the others in some sort of central hub on board the Ishimura? Sort of like the Marines in “Aliens”. It also seems like you’d want to keep the two soldiers that start with you alive just a little longer, if not just adding in 1 or 2 more, just to see a couple of cool, viscous deaths. The Marker stuff would have to be a little less archaic, since the average moviegoer probably won’t feel like pouring over Dead Space’s expanded universe just to figure out what the hell is going on. Nichole would also have to be played up a lot, since the filmmakers really want the audience to care about her and Isaac and the end of the story. I’m sure I speak for most people when I say, we all saw that ending coming, so the film would need to figure out a better way of delivering that twist.

Casting doesn’t seem like it would be that hard, honestly I think Adrian Brody would make an okay Isaac, just because his voice sounds good, and he’d be able to deliver a good performance without showing his face for most of the movie. 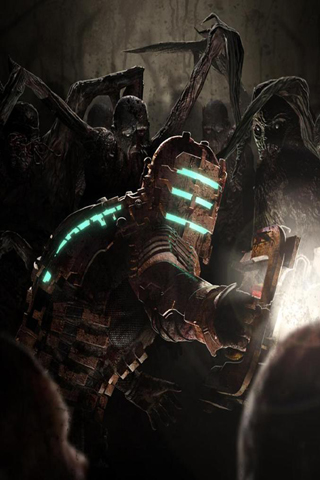 I can already see this movie poster up in the theaters

Okay, so this is more of a joke entry than anything else, but CarnEvil was pretty much my first horror game. For those of you who don’t remember, CarnEvil was an arcade rail-shooter developed by Midway in the late 90s. While CarnEvil doesn’t really have a story (two teens named Jacob and Lisa bring the CarnEvil to life by inserting a coin into a slot on the tombstone of Ludwig Von Tokkentakker- horror ensues), so you could pretty much make up whatever you wanted for the story. CarnEvil was vastly overshadowed by other rail-shooter of the day like House of the Dead and Time Crisis, and a motion picture seems unlikely, but it would be a fun-filled freak show if it ever did happen. Nothing scares me quite like CarnEvil did back in the day. CarnEvil could very easily be made into a low-budget horror film, much like the House of the Dead film, you’d just have to be careful not to let it get TOO serious or TOO campy. It would need that nice Evil Dead 2 in-between of horror/comedy.

It’s okay. I won’t be sleeping tonight, either

So, which would YOU like to see done as a major motion picture? And done RIGHT, as well?