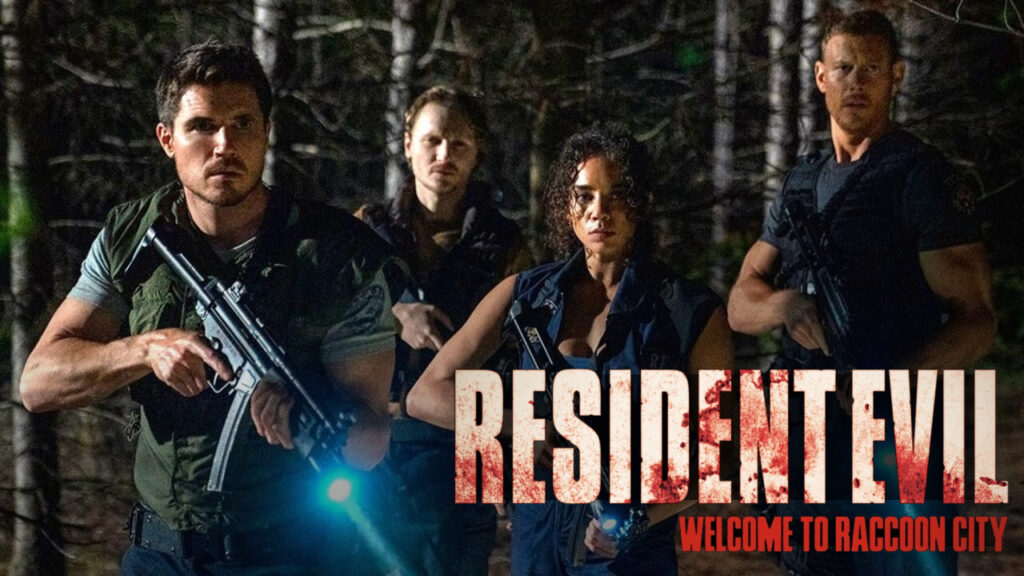 While our Senior Editor October already reviewed Resident Evil: Welcome to Raccoon City upon its initial US release, I wanted to provide a second opinion, as I have a lot of things to say about it. Since the movie releases today in the UK and surrounding territories, I thought now would be the perfect time to take another look at Hollywood’s latest adaptation of Capcom’s iconic survival horror franchise.

For starters, while I’ve always enjoyed the Resident Evil games and have kept up with them over the years, I’ve never considered myself a super fan. As a result, I was less concerned with how accurate this new movie was to the games (although that does play a factor) and more focused on how well it worked as its own story. I went into it with low expectations. I was cautiously optimistic based on the fact that things shown in the trailers looked like the games and the filmmakers at least seemed to be trying to adapt them, but Hollywood had yet to produce a good Resident Evil movie, as far as I was concerned.

I’ll start by saying this new movie is leagues beyond any of the previous Milla Jovovich/Paul W.S. Anderson entries, even though that’s not really saying much. It gets a lot of points for being faithful to the games, but at the same time is frustrating for how it falters with the material, as you can easily see a better structured, more solid version of this movie with just a couple of tweaks to the existing material.

Let’s talk about what I enjoyed about the movie first.

The biggest positive about Raccoon City for me is how well the filmmakers were able to successfully merge the plots of Resident Evil 1 and 2 together. This was the biggest hurdle for me going into the movie, and while I still think both of those stories would’ve been better served by each having their own separate movies, I was surprised by how well they managed to organically merge them together here.

I thought the mansion section, while short, was also well done and actually attempted to create a sense of atmosphere and tension. I openly smiled during the reveal of the first mansion zombie, even though I wish they could’ve structured the movie differently to have him be the first zombie you see, but oh well. Nevertheless, I found this whole sequence entertaining, especially the scenes of Chris fighting for his life in the darkness, lit only by the flame of his lighter and the muzzle flash of his gun. It looks like someone finally listened to the legions of fans who pleaded simply, “Just do the game!” It’s surprising how well adaptations work when you actually bother to adapt the source material! 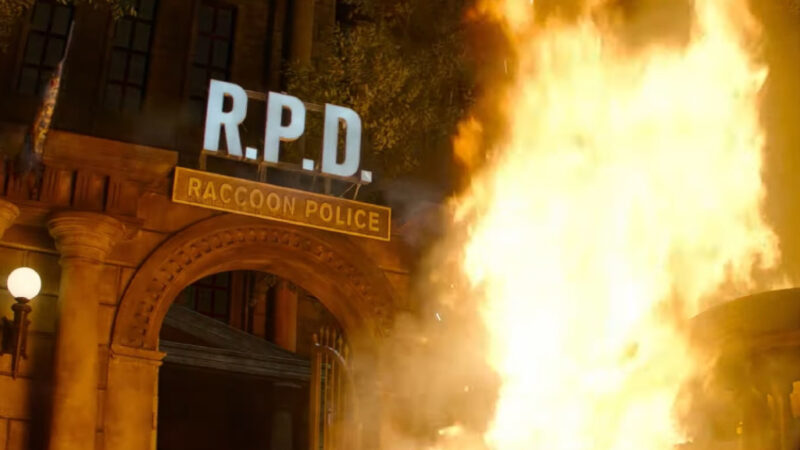 Some other big positives about Resident Evil: Welcome to Raccoon City are the film’s production design, costume design, and art direction. Director Johannes Roberts has done a commendable job and visually the movie looks great. Practically everything from the games is recreated on film with an impressive amount of accuracy and attention to detail, not the least of which being the Spencer Mansion, Raccoon Police Department, surrounding Arklay countryside, and the Raccoon City Orphanage. While not perfect one-to-one recreations, the costumes were very faithful interpretations of those found in the games. I also enjoyed the zombies, and although I wish there would’ve been more full-on zombies rather than mid-way-transformation zombies, I felt we still got a good mix of creatures. Even though there’s a lot of CG used, which is pretty much standard nowadays, I still appreciated the fact that the filmmakers used a lot of practical effects, as well.

Overall, all of the main cast did a good job bringing their characters to life. Claire, Chris, and Jill stand out and are each given enough time to make an impression. Chief Irons, while entertaining and actually serving a purpose in the story, could’ve been dialed down a bit.

Changes have been made to various characters, and some are more effective than others. One character change that I actually thought worked for the movie was altering Wesker to be just another member of the S.T.A.R.S. team, who decides to go rogue and then has a (sorta) redemption at the end. While I would’ve preferred just the straight-up villain Wesker (sunglasses and all) of the games, I think this change to the character worked with the story the filmmakers were trying to tell.

I love the fact that the film is set in 1998, in keeping with the era of the games. This means no cell phones, only early internet, and being able to better lean into the dynamics of the time the games were originally set during. Some of the “remember the late nineties?” references were a bit excessive but overall I felt like the filmmakers handled this element really well.

Now let’s talk about some of the things I wasn’t so crazy about. 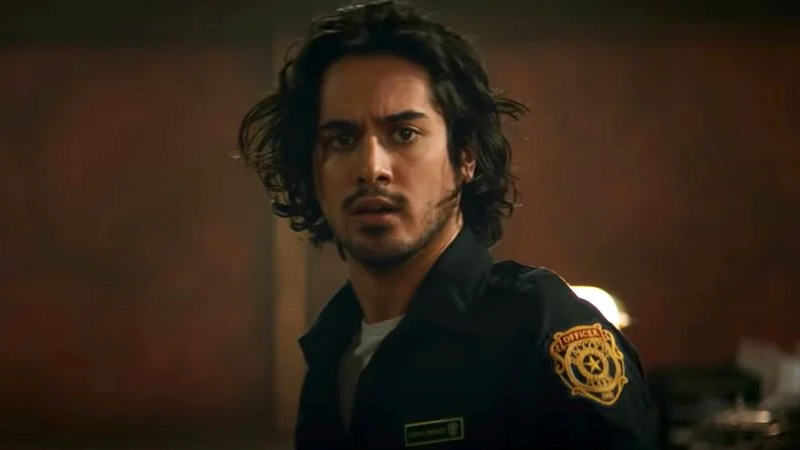 The prologue sequence in the orphanage featuring young versions of orphaned siblings Chris and Claire was pointless and could’ve been cut completely. Their relationship with William Birkin felt forced and had no real payoff. It seemed like an unnecessary addition. The same goes for Lisa Trevor. I’m not even sure why she was in this movie at all, other than for fan service and to have another cool-looking monster (Killing a Licker with her bare hands? Really?). You could’ve cut that scene, and instead maybe just had a younger Birkin working in his lab, establishing his connection to the virus, etc. Then you cut to the opening titles and the Claire/Truck driver scene.

Which brings me to the truck driver. Props to the filmmakers for basically recreating the opening moments of the RE2 Remake and for making the truck driver look just like his digital counterpart, but Jesus Christ was his character obnoxious. He picks up Claire on the side of the road and immediately starts talking non-stop in this crude, off-putting tone. I just wanted him to shut up. Then he takes his eyes off the road and starts groping Claire’s leg, which causes him to hit a zombified woman in the middle of the road, which then causes him to start swearing incessantly. In the span of about two minutes, he probably says ‘fuck” over ten times. This is a small part of the movie, but was so distracting and happened so early on that it really threw me out of the experience and left a bad taste in my mouth.

This character and his overly broad portrayal are indicative of a bigger problem with the movie, namely, its overuse of profanity, specifically the word “fuck.” Leon is particularly guilty of this (but more on him later). I’m by no means a prude, but throughout the movie characters repeatedly say “fuck” so often it just becomes distracting.  It comes across as a cheap, juvenile way of making the movie seem “cool,” the same way a 15-year-old would think endless swearing is cool. It’s excessive and for me dragged the movie down. 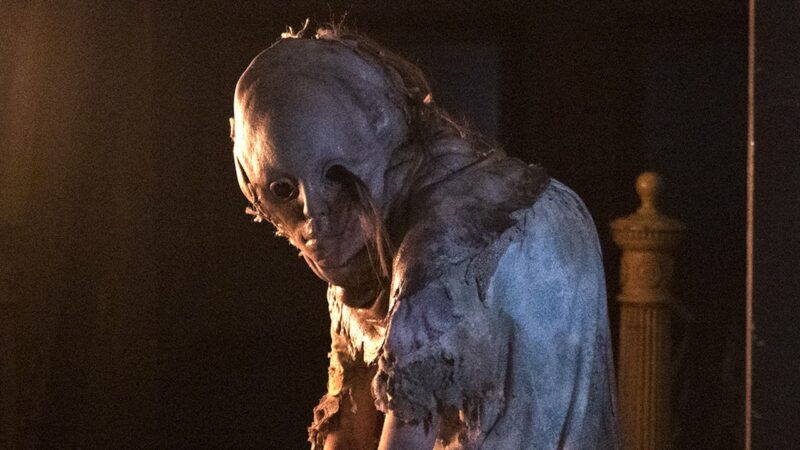 Another gripe I had with the movie is how they handled Leon’s character. I’m sure I’m not alone. This is a case of the change in character working better for the movie, namely having Leon serving as a bumbling, buffoonish rookie cop on his first day on the job, but even still, it was too much. He also didn’t need some random backstory explaining how he’s a fuck up and his Dad had to set him up with this shitty post. He just needs to be a rookie cop on his first day. That’s it. If you need to make him inexperienced, fine, but he does need to be fucking Dewey from Scream. And you certainly don’t need him saying “fuck” every other scene he’s in. That got grating really quick.

I’m not sure how I feel about Raccoon City being sort of a ghost town in the movie, with Umbrella Corp. leaving and taking all the jobs away. It’s an interesting change to the familiar setup but I think you could have just as easily had Raccoon just be a normal town, with Umbrella doing all their shady secret experiments behind closed doors. This is less of a gripe and more of an observation.

Resident Evil: Welcome to Raccoon City is a frustrating movie. It’s entertaining and appealing for all the things it gets right, but disappointing for all the things it gets wrong. Even though I feel it gets more right than wrong, I wish I could’ve liked this one more than I do and I can’t ignore that the things that hold it back. I will admit that some of these are minor gripes, but others are integral to the structure and plot of the story.

I realize that it’s basically impossible to make a Resident Evil movie that pleases everybody, but this one was so close in so many ways, that it was really frustrating when it faltered. I think a lot of these failings are due to the fact that they’re trying to combine two games into one movie. They would’ve been better served by making two individual films, each based on one game each, but therein lies the rub.

With some changes to the tone to make it more serious and cutting out some of the excessive vulgarity, character backstories, and comic relief, I think this really could’ve been the first genuinely good RE movie. As it is, it’s only the least flawed. Maybe next time we’ll get a great movie, but until then, we’ll have to settle for this one. Having said that, after the nearly two-decade-old debacle that was the Paul W.S. Anderson series, we could have done a lot worse than Raccoon City.