Bloodborne is Rely on Horror’s 2015 Game of the Year! 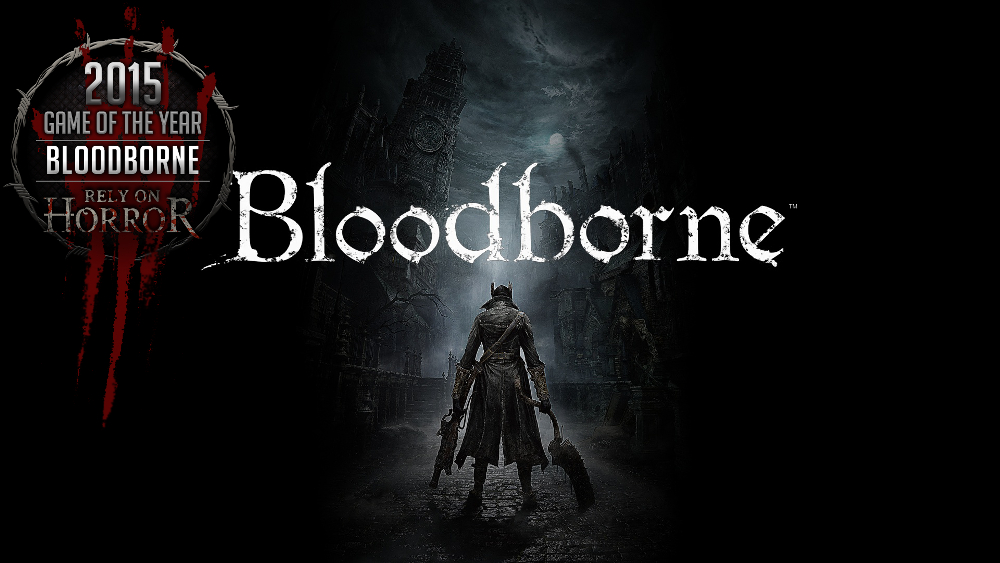 Bloodborne by From Software! After a multi-stage voting process held by the Rely on Horror staff, Bloodborne has been named our 2015 Game of the Year! Below select staff have chimed in on why Bloodborne has topped our other nominees. Check that out below and our awesome new GOTY award image made by Whitney Chavis.

What was your horror game of the year? Let us know in the comments!

The Souls series always had tense moments as you traverse locales that could spell your doom at any moment. And building upon that, Bloodborne successfully it one step further by weaving the spookiness into the narrative. The game starts with standard Halloween fare like werewolves, ogres, and witches but you’ll quickly uncover that the city of Yharnam, and in fact that game’s entire universe, is host to darker and larger things that your character mind can barely comprehend without sacrifices. Every once in a Red Moon, you’ll discover an environment in a game that just destroys your morale as you try and comprehend it all. Bloodborne has several of those. And it’s an even rarer occurrence in a game to see a strange, new creature and just be perplexed on where its body parts are or how it functions. Bloodborne has that covered too.

While becoming routine later as you die or succeed over and over, the first encounter you have with each new enemy becomes both exciting and stressful as you try and figure out their patterns or weaknesses. But even with those difficult odds, Bloodborne manages to stay fun throughout and every victory you achieve, whether big or small, is an earned one. In early 2015, this PlayStation 4 exclusive provided many hours of horror you can rely on.

The night brims with defiled scum, and is permeated by their rotten stench. Just think, now you’re set to hunt and kill to your heart’s content.”

Bloodborne is the kind of game that continues to fascinate me even several months out from release. It seems like every day I discover a new secret, a new use for a weapon, or a new perspective on its bottomlessly-deep lore. From the moment you step outside of the dreary clinic where you start your adventure til you slay your final boss and put an end to your nightmarish quest, Bloodborne remains captivating and intriguing, and its pitch-perfect blend of gothic and cosmic horror provides a great combination of chilling scares and pulse-pounding adrenaline. The gameplay is as tight as a veteran of the Souls series might expect, but a heightened focus on fast-paced combat and reaction rather than prediction provides, in my opinion, a more engaging experience that never fails to excite. Bloodborne also boasts quite possibly the best DLC of the year in the form of The Old Hunters, which is jam-packed with more content than you can shake a Saw Cleaver at.

All in all, Bloodborne is a wonderful horror experience that you’d be a damn fool to miss, provided you have access to a PlayStation 4.

I don’t actually own a PS4, but Bloodborne being exclusive to the device has long been a selling point for me. Fortunately, several of my friends and family members do have enough disposable income, so I’ve managed to play the game for myself. In the time I’ve spent with the game, I grew hooked. Leveraging their work on the Souls series, From Software has refined and polished the experience to a sharp edge.

While I don’t know much about the story, it has to be said that this is one hell of a pretty game. The atmosphere and world-design is superb, severely outclassing previous From Software games. Bloodborne is one of the truest Lovecraftian horrors I’ve seen in games, despite the claim that so many indies make about their own titles being influenced by the author. I can’t wait to actually sit down and give this game the attention it deserves when I have my own PS4.

The more I died, the more I appreciated the experience that is Bloodborne.

I was a virgin to the Souls series, so I had to mentally prepare myself based on what everyone else said about those games. I knew death would be as common as zubats in a dark cave. But with each failed attempt at getting through an area, my overall satisfaction with the game increased. I discovered shortcuts and altogether new paths to take. Until I finally reached that areas boss.

Bloodborne fully immersed me with its gothic architecture and refused to let me go with its suffocating gloom in the air. Its challenge was wonderful and kept me at the edge of my seat as I kept delving deeper into the experience. And after I finally beat it, I started new game plus instantly.

When I first gave Demon’s Souls a shot, the formula completely turned me away. I hated it, yet I somehow ended up picking up Dark Souls on launch, compelled to give it all another shot. As Dark Souls grabbed me in a way that Demon’s before it never managed, Bloodborne represents an even more compelling step forward. Wonderful combat, a surprisingly human story, and one of the coolest settings in gaming, Bloodborne is an absolute masterpiece. 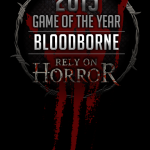