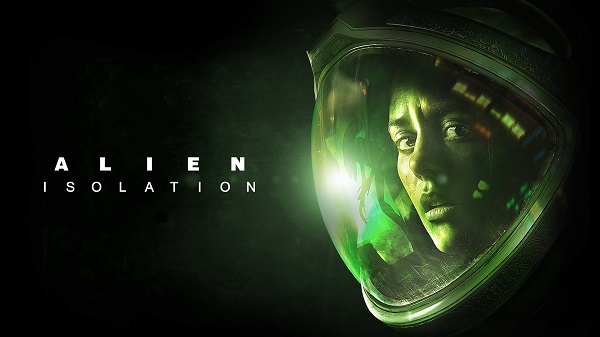 Alien:  Isolation by The Creative Assembly! After a long voting process, the RoH staff have voted for SEGA’s latest Alien game as its Game of the Year, and it’s very much deserved. Below we, the staff, have put in our 2-cents to why Alien: Isolation deserves our GOTY award. Read up on why we loved Alien: Isolation, and let us know if you agree or disagree!

Despite putting more hours into The Evil Within and believing that it’s a game that I can return to for repeated replays, Alien: Isolation received my GOTY vote because it’s a brave and true survival horror game. The Creative Assembly and SEGA have created a horror title that puts an emphasis on survival, challenge, and disempowerment of the player. A AAA survival horror game sticking to its guns and forgoing all temptation to be more appealing, more accessible, by going the action route, is impressive in its own right. But Alien: Isolation has so much more going for it aside from its excellent gameplay and design.

The Creative Assembly have masterfully recreated the aesthetics and tone of the 1979 film, Alien. Walking through the halls of the Sevastopol is a constant awe-inspiring reminder that the game was crafted by people that share a passion for the classic film. From its 70s inspired vision of the future to its sound design, Alien: Isolation‘s dedication to the source material is breathtaking, and even its story is one that feels like a natural sequel to the film, better so than Aliens.

Alien: Isolation is an incredible game, in my opinion. The developers promised an uncompromising survival horror game that took inspiration solely from the original movie, and that’s exactly what it ended up being. Some reviews claimed the game was too hard and unforgiving but I wholeheartedly disagree. Alien: Isolation is tough but fair; it takes cues from old cat and mouse style games like Clock Tower or Haunting Ground but is much more well designed than either of those. It’s a niche game for sure, and if you lack patience, then this game probably will seem way too hard.

Probably the biggest compliment I can give Creative Assembly is the fact that they created a more faithful follow up to Alien than even Ridley Scott did when he released his pseudo-prequel Prometheus. Isolation encapsulates everything great about both the Alien franchise and survival horror, and that is why it deserves to be game of the year.

Alien: Isolation is the game that all modern survival horror games should aspire to be. With its unyielding, nail-biting atmosphere and minimalistic design choices, it manages to create a sense of tension that no other recent horror game has come close to matching. The Xenomorph itself recaptures the dread that made Resident Evil‘s Nemesis so memorable back in the day, and the smart decision to make it utterly implacable adds to the stew of paranoia and adrenaline that reaches a boiling point near the game’s climax.

Isolation more than makes up for the abysmally terrible Colonial Marines that defecated on the Alien legacy last year, and is sure to wash down any bad taste that recent survival horror flops have left in your mouth. Simply put, this is the scariest, most effectively terrifying game you’ll play all year.

Alien: Isolation isn’t just my pick for horror game of the year. It’s also my pick for game of the year in general. No other game in 2014 has grasped me quite like it. I instantly felt the urge to replay the nightmare all over again after my initial playthrough (something I haven’t done with any other game released this year) which was filled with frightening moments that rivaled anything put out by other recent horror games. Creative Assembly married their love for the original Alien film with a sense of true survival horror, giving us one of the best games in the genre of the current and last generation.

In an age where indies are usually the ones that are getting horror right, it was definitely a delight to see a big name publisher and a talented developer put out an actual survival horror game free of overdrawn action-packed moments that seem to taint other “horror” properties that fans used to hold high in the genre. Like any good horror film, there’s a slow build to the frights and scares fans expect. And once it hits, oh boy does it hit. I’ve always been an Alien fan but this game made me adore the Xenomorph as much as I do Resident Evil‘s Nemmy. And to make it even better, and more tense, the alien’s AI has a life of its own, ensuring that there’s no sense of complete preparation or ease when you’re traversing the beautifully and eerily realized Sevastopol. Now, I think it would be cool if we could get a Predator game in this style!

It’s been a long time since a game had me on my toes; sure there was the inescapable tension from the first Dead Space, but other than that the “horror” genre has been crowded by games that do it a disservice. On top of that, most – if not all – Alien franchise games have been a major letdown. I feel pretty confident in saying everyone approached this title with the greatest of caution, a looming sense of dread and yet a ray of hope that us Alien fans can’t seem to shake whenever a new iteration of our favorite banana-headed monster hits the news junket. Alien: Isolation promised so many things and it looked so good in the press that it had to suck…or at least be a big let-down. Boy, was I wrong.

Never before have we been dropped into the dark Alien lore and environments as intricately as we were in Alien: Isolation; the detail and care that went into the environments is astounding and brings home the claustrophobic feeling of the first Alien film. On top of the environments, the game is just frightening – your mind runs wild as your environments change and the blip on your tracker begins to get fuzzy. I spent close to a half an hour hiding in a locker trying to muster the courage to get the next objective done. Twice. One of the great things about this game is knowing that if you’re caught there’s almost nothing you can do to save your life, even if you’re not caught by the Alien. Normally someone might complain how easy it is to die in this game, because the encounters with the Alien brings back the one-hit kills from, say, Contra, but it’s done in such a great way that Creative Assembly should be commended for it.

This game is hands-down the best horror game of the year and it even outdoes others in recent memory. Is it perfect? No, but it is an extraordinary game that gets all of the important things right. It deserves all of the accolades it has been given and anyone who likes horror must play it. Period.

Since its inception, Alien: Isolation was doomed to a mixed critical response. A horror game with a big budget, playing by now-ancient rules like constant disempowerment, an intentionally limited save system, and a fragile character, was always sure to turn some heads in both directions. Upon release, Isolation was both lauded and chastised for the exact same features. Was it the game or the audience that was divisive?

Either way, those of us with masochistic tendencies walked away with a spectacular jaunt into the Nostromo’s failed community. Locations that fit the retro-tech aesthetic beautifully and dripped with intentionality were a treat to explore, and the constant tension of the Xenomorph stalking our heroine made the trip one of the most memorable in years.