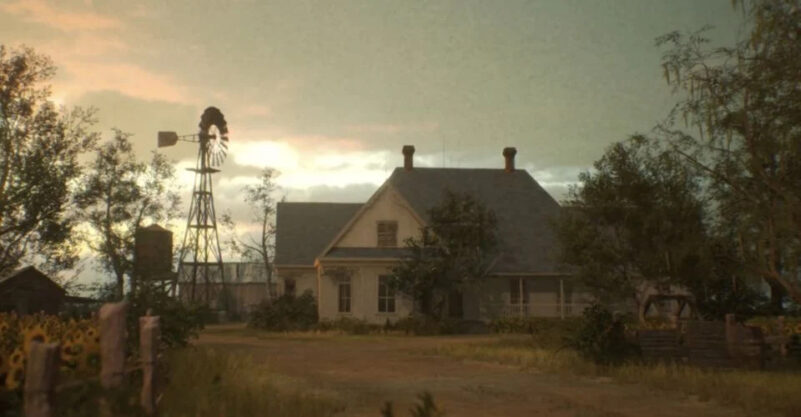 After releasing three new gameplay maps for the Texas Chain Saw Massacre game last week, Gun Media and Sumo Nottingham recently followed up with a post breaking down the maps on the game’s official website.

In the post, the developers spoke about the process of recreating the iconic locations from the 1974 film as game environments and how those locations require different play styles depending on where players find themselves.

Let’s talk a little bit more about The Maps of Texas.

Lead Designer at Sumo Digital, Steve Kirby, described the intensive research they did to deepen their understanding of the source material:

When choosing and designing the levels, we knew we wanted players to really experience the iconic locations from the original movie as well as add our own stamp on the franchise. We wanted to allow the players to not just enter, but more importantly, fully explore and feel those places and how macabre they are, discovering not just what the movie showed, but the areas hidden from view.

Working with our art and design team here at Sumo and the awesome folks at Gun, nothing has been left unturned in the authenticity department. We know that the fans are going to compare and analyze what we have made with the movie, and I think I can say that everyone on the project has brought their A-game to bring as much detail as humanly possible to the game. I’m very proud of what the team has created.

The developers also spoke about each of the maps in greater detail, saying:

The Family House sits virtually alone in a sea of green grass and sunflowers with open lines of sight anywhere outside. The Gas Station is littered with junk piles and broken-down vehicles that have been dumped and forgotten in the spaces between buildings. The Slaughterhouse is this maze-like claustrophobic tangle of broken-down buildings and cattle panels.

These locations are more than just the rooms we see in the film, and within each location there are vastly different areas. Strategies that work in a windowless basement may not be the best choice in a room with sunlight streaming in, and the advantages you have in the shadows may disappear when you find yourself outside in the bright Texas sun.

Chain Saw’s Killers can’t be killed, and the Victims, while being able to defend themselves to a degree, won’t be offensively going after them. Unlike the Friday the 13th game, this is a survival game in the truest sense of the word.

The primary goal of the Victims is to escape with their lives using stealth tactics such as being silent, turning off any lights, and hiding in the shadows, similar to gameplay seen in games like Clock Tower and Outlast.

To read the full post you can visit the game’s official site here.

The Texas Chain Saw Massacre game will launch on PC and consoles. No release has yet been set.