Review: The Persistence - Rely on Horror 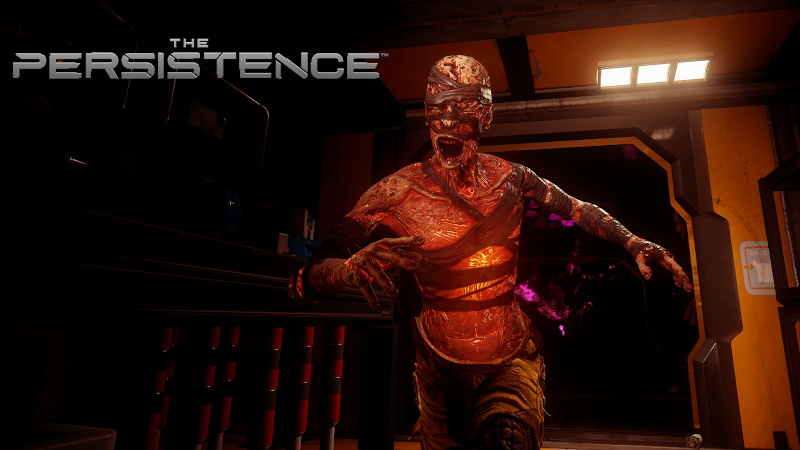 Previously an exclusive for the PlayStation 4, The Persistence seeks to meld the roguelike genre with horror while bringing it all to VR. The recent Steam release not only ends the title’s console exclusivity, but it is also the first time that the game is playable outside of VR (which is the version this review is based on). Despite having the DNA of a game clearly designed for VR, I am glad to say that The Persistence has rather gracefully made the transition into the more conventional format, and is still a title worth considering even if you don’t own a headset of your own.

Set aboard a lifeless spaceship, we follow Zimitri and Serena — the only two survivors of an accident in which onboard cloning machines started pumping out monsters. The goal is to repair the ship in time to escape the black hole just on the horizon. Every time Zimitri makes an oopsie and gets herself killed, Serena can make use of the only functioning cloning device left, allowing for endless attempts at saving the day. Beyond the premise, however, the writing doesn’t offer much of interest. No worldbuilding is made, the plot is pretty straightforward and basic, and most of the dialogue centers around the two survivors complaining about the game’s difficulty. Thankfully, this isn’t that big of a deal as the story is merely the backdrop. The gameplay is where The Persistence truly shines. 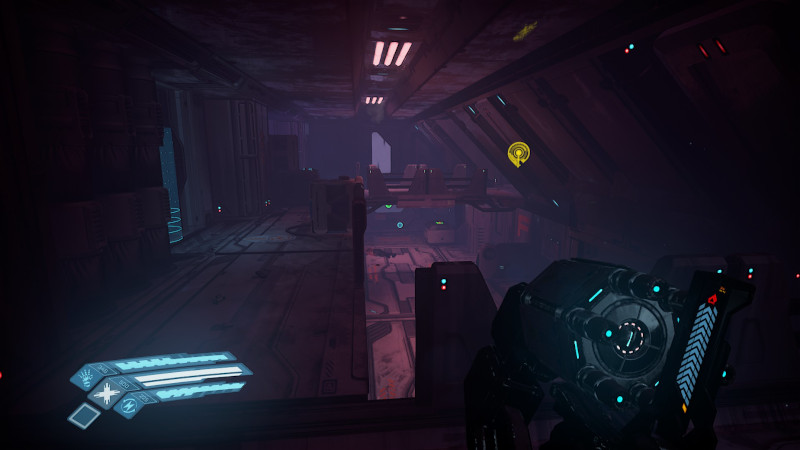 The Persistence is a roguelike game through and through. As such, your feelings on the genre will largely dictate your thoughts of the game itself. Players will find themselves sneaking between procedurally generated rooms, gathering resources along the way, and occasionally engaging in combat with the ship’s array of mutants. From there, it won’t take very long for the death toll to start racking up. The roguelike philosophy in regards to difficulty is to create a seemingly insurmountable challenge that can only be overcome by countless failed attempts accompanied by a series of small upgrades, all of which rings true for The Persistence. Upon death, players retain their unlocks and materials but are set back to the beginning of the level. As a result, trying to make progress can often feel like mashing one’s head against a brick wall, especially when the RNG isn’t working in your favor. As rage-inducing as this all sounds, The Persistence does a respectable job at making the inevitable successful run satisfying. The drip-feeding of resources creates some feeling of progress, even when none is immediately observable. Throughout my playthrough, I never felt disincentivized to get back in the game, which to me is a sign of a good roguelike.

The aforementioned upgrade system is fairly straightforward and vanilla. Players upgrade their base stats like health and melee damage and use upgrade tokens to make their arsenal more effective. All of this is enjoyable, but not particularly exciting in-of-itself. The Persistence starts to become interesting when the more unconventional forms of equipment start to become the tools of trade in the second half of the game. Items like the noise emitting grenade can create a distraction allowing for an easy escape or traps that can swiftly kill a pursuer. Discovering ways to use the tools at your disposal intelligently makes progressing considerably more feasible as well as making you feel like a “big-brained gamer.” For example, upon discovering the Ivy Serum, an item that can be injected into any enemy, turning them into an ally, I decided to track down and use it on the Bloodhound. The Bloodhound is an incredibly slow yet powerful mutant that casually roams between rooms searching for the player. For a short period of time, the Ivy Serum gave me a sluggish yet virtually undefeatable killing machine that did all of my dirty work. The effectiveness of these tricks are in-of-themselves a reward for being creative; it’s easily one of the highlights of the experience.

The Persistence’s cast of mutants is a mixed bag. There is substantial variety, as just about every major archetype makes an appearance: standard zombies, the “fast ones,” the big and dumb ones, etc. Regrettably, a lot of these mutants tend to offer the same dynamic to the gameplay — stealth kill them for the upgrade currency or mash their face in if you get caught (the previously mentioned above ‘big brained tactics’ aren’t as necessary early on). On the flip side, the mid-late game starts to quell this criticism gradually, as more unique gimmicks are slowly introduced. For instance, the Listeners are an enemy that can only detect you through sound (their sense of hearing is borderline absurd). These guys are often paired with the more conventional enemies and wield a firearm, which feeds back into the idea that fairness need not apply. Annoying as they are, enemies like these stand out amongst the crowd as they force one to rethink their approach to any given situation. That being said, I wish they were the norm, not the exception. 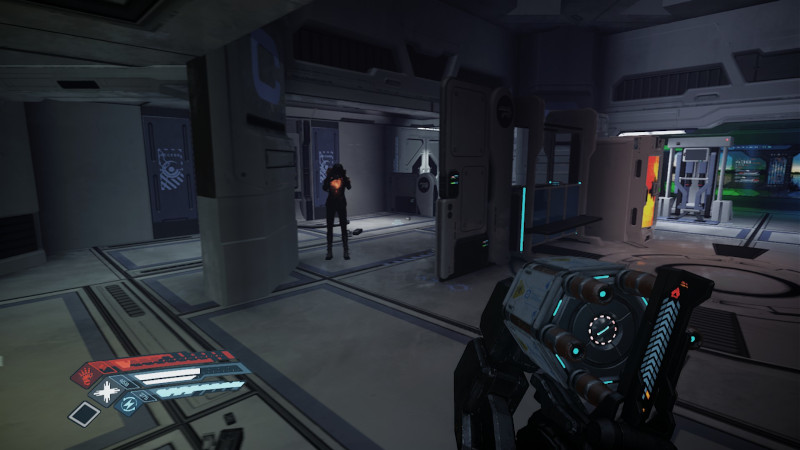 One of The Persistence’s unique angles is the melding of roguelikes and horror; these two genres that should compliment each other very well. One would think that the tension and desperation that comes with the roguelikes would only amplify the scares of the horror genre. Unfortunately, the roguelike elements are carrying most of the weight here. There were undoubtedly some intense moments; for example, encountering a Bloodhound strolling through the only path forward definitely raises the stakes, especially when you’ve fought hard to get to that point. However, the problem is simply that most of the mutants just aren’t scary. I imagine that VR’s extra level of immersion does The Persistence some favors, but it doesn’t change the fact that most of these enemies are just generic zombies. Nothing about their designs or presentation combat this issue, making these monsters feel more like action game fodder rather than horrifying enemies. Though, the Weepers stand out as an exception primarily due to their knack for stealthy teleporting. As soon as the line of sight is broken, they’re bound to pop up somewhere unexpected, creating a solid sense of paranoia. Unfortunately, that is about the extent of it.

Despite the unscary enemies, a strong sense of atmosphere could have been enough to carry the experience. Unfortunately, the soundtrack is virtually absent, only playing during some combat encounters and even still is very generic. Given the procedural nature of the game’s environments, carefully constructed scenes bearing the potential for horror are few and far between. As a horror fan, I really would have liked to see The Persistence deliver more on that front.

A Steam review code was provided by the developer.