Review: The Land of Pain - Rely on Horror

Review: The Land of Pain 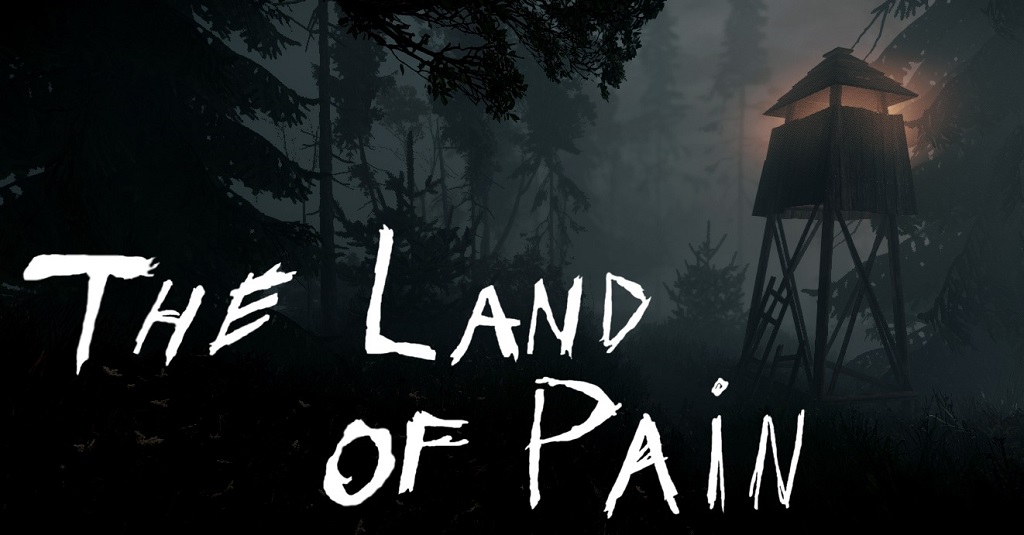 Game development, while still difficult and overwhelming, is easier than ever to get into. Tools such as Unity, Unreal Engine, and CryEngine are readily available for average Joes and Janes to download and get to work. Italian indie developer Alessandro Guzzo is one such Joe that took the momentous task upon himself to create an ambitious open-world Lovecraftian horror game mostly by himself. That game is The Land of Pain.

The Land of Pain falls into the vein of indie horror inspired by the works of H.P. Lovecraft — cosmic horror, elder gods, and a heavy emphasis on atmosphere. We’ve seen this trend since the days of Amnesia: The Dark Descent. While The Land of Pain features striking environmental visuals by today’s standards thanks to the capabilities of CryEngine, the game shares a lot in common with older PC horror games. This isn’t a bad thing. The result is a game that feels familiar mechanically to older titles, but with the quality-of life-improvements you’d find in modern releases. 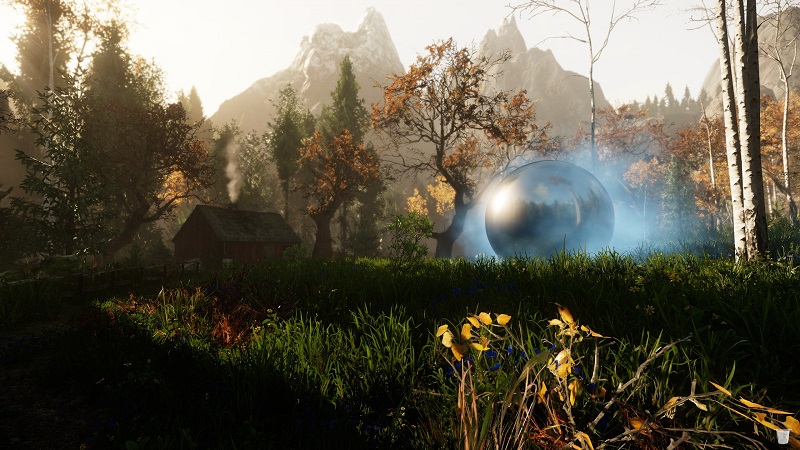 While on a trip to his late father’s lakeside cabin, the unnamed protagonist of The Land of Pain discovers a portal to another world similar to our own, but one that’s under duress by an entity that’s doing the bidding of a more sinister threat: an elder god. This realm’s inhabitants have lived with the knowledge (and fear) of this great evil returning, and events lead to its impending return. Our unnamed protagonist must set out to explore this place to find a way home.

Going back to my comment earlier, The Land of Pain has a charm to it that reminds me of late 2000s horror games. It heavily relies on puzzles that require one or multiple parts to an obstacle to be found within sizable environments, with subtle or no direction — meaning the player has to pay attention and interact with as much as possible. Without flashing indicators or objective markers, one may fears that The Land of Pain would risk alienating players without a classically-inspired survival horror resolve for scrutiny. Thankfully, it never throws you too much play-space to lose your way.

Despite being the work of one person, the game surprisingly accommodates players with an appropriate amount of ambiguity in its objectives without threatening one’s patience. Having personally played many indie horror games, a developer not accounting for how others think is a major threat to how their game will be received. 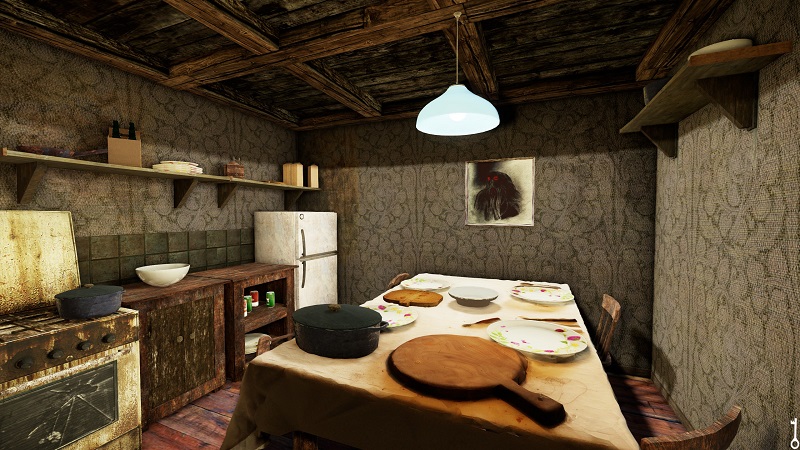 As one explores in search of the next item they need, whether it be a key, gas for a vehicle, or what have you, there’s a lingering threat in the surrounding woods. The entity that’s killed everyone is a dark, serpent-like (OK, maybe shrimp-like) thing that appears suddenly to pursue you. The only way to escape is to go into an enclosed space. I suspect you should be able to hide from it if the line of sight breaks given the crouching mechanic, but this didn’t work for me. When facing this thing, you will die. Its appearance often leads to sessions of trial and error as you figure out where you should have run to escape it. It’s not a well-implemented menace, but it’s not an egregious problem either.

The game primarily takes place in a woodland setting with various locales like sporadic homes, farms, and small buildings littered throughout. This place, despite otherworldly, was occupied by people living their lives. They just knew 100% that their “God” was real and was really mean. Effigies of the god, which is pretty much just Cthulhu, are liberally used throughout the game. Visually, they’re kind of awkward. And while outdoor environments offer some eye-candy to enjoy while moving from one area to the next, indoor spaces contrast heavily as they’re far less detailed — inferior texture work, modeling, etc. CryEngine certainly impresses when utilized to the best of its abilities, and if I had to guess, the game made use of handy game devs tools to generate dense and details forests. The discrepancy may be because everything else, such as unique models and interiors, were hand-made by the developer. 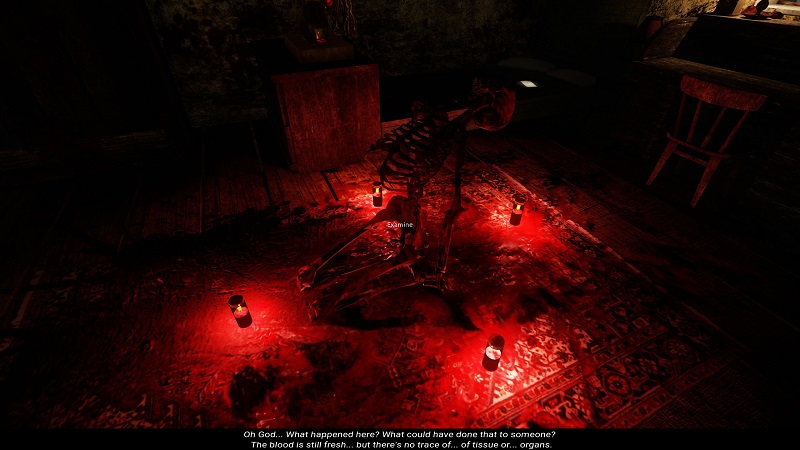 The game’s narrative is told mostly through notes and internal dialogue. The protagonist also has a journal that details his thoughts while sometimes hinting at his next objective. Despite sticking to text, The Land of Pain has a straightforward but engaging story for its short 4-5 hours runtime, making it a fun one to pick up and complete in a few sittings. It also accomplished a strong sense of ambiance throughout, thanks in part from some great-looking environments and lighting. 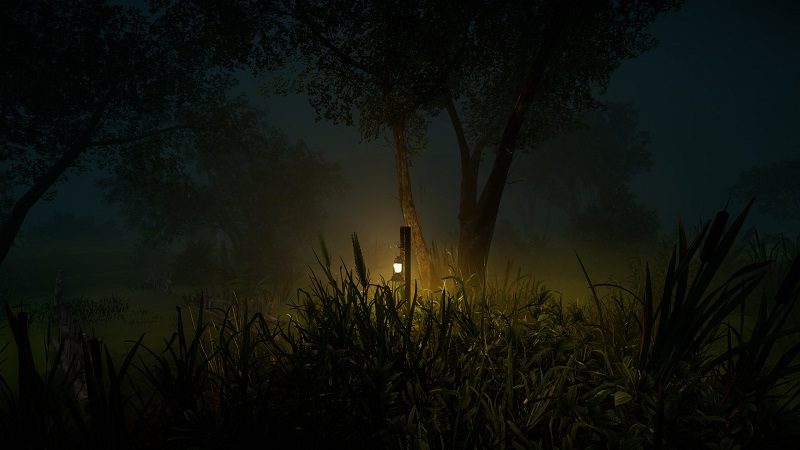 This review took me longer to complete than I had have liked in part due to a persistent crashing bug in the game from launch that a subset of players suffered from, but that’s been fixed as of a few weeks ago. Even while that bug was present, though, I kept coming back to The Land of Pain instead of writing it off. It is not only an impressive effort from one developer, but it’s also inviting to genre fans while being approachable by today’s standards. For just $12, it’s a solid pick if you’re introducing a friend to the genre as well.

Review code was provided by the developer.