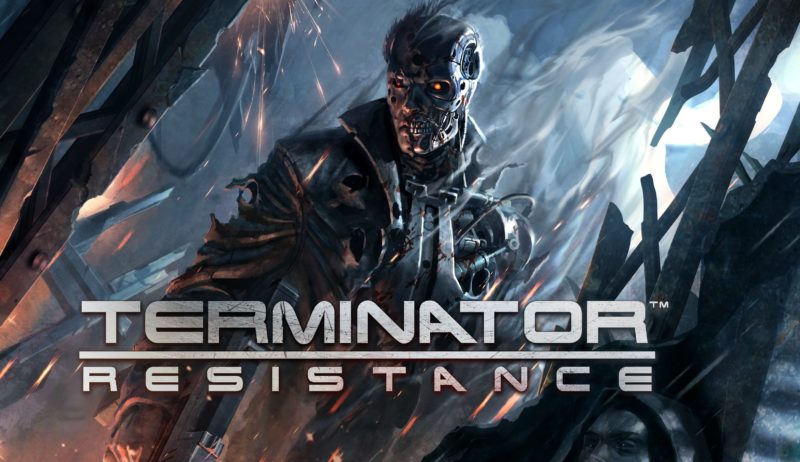 When I first heard a new Terminator game was on the horizon a few months ago, I was pretty excited. Despite being one of the most famous film franchises of all time, we’d gone without a new videogame for a decade (2009’s Terminator: Salvation) before this release. Despite taking quite a while to get around to, thanks in part to its quiet release and difficult to find physical copies (we weren’t even able to get a review copy), I’ve finally gotten the chance to sit down with Teyon’s Terminator: Resistance — and I’m so very happy I did.

Set in the original timeline (as in only The Terminator and T2 happened here), 31 years have passed since the nuclear fire claimed 3 billion human lives on August 29th, 1997. The world has ended, leaving only small pockets of humans to either scavenge for survival or join the resistance to fight the mechanical menace known as Skynet. We play as resistance soilder Jacob Rivers, the sole survivor of the Pacific Division, in a race to warn the LA branch of an oncoming threat — the Infiltrator. A mysterious and powerful new Terminator, it is designed to blend in perfectly with humans. It breathes, it sweats, it bleeds. Joined by a group of survivors just trying to keep their heads down, Jacob is thrust into what may be the most critical mission in the war against Skynet, and the survival of the human race. 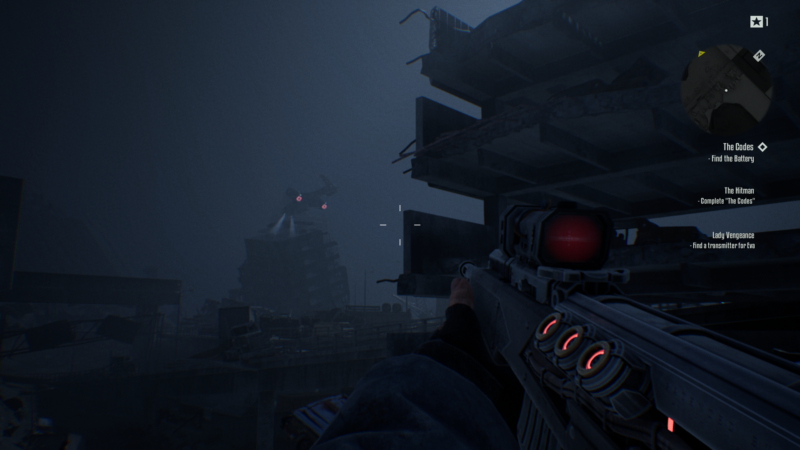 Right off the bat, I was floored by the level of dedication Teyon had in capturing the look and feel of the original Future War, as depicted in the original two films. Picture-perfect, Alien: Isolation-level attention to detail to costuming, environments, sound and the way those short sequences felt. The blaze of an HK Aerial’s spotlights, the twang of 40-watt pulse-rifles slicing through the air, the haze of navy and grey that hangs over the landscape; this game nails it. You even visit a few recognizable areas from both the Future War and “modern-day” (1991), which is pretty awesome as a fan. It’s hard to make the post-apocalypse feel novel anymore, and while it may be entirely thanks to the art team behind the films, it’s hard to shrug away how engrossing it feels. Of course, this is describing the world at night, there are also daytime segments that sadly had nothing to work with in this regard (the Future War was only ever depicted at night in the first two films), but the developers do their best with what they’ve got. All this isn’t to say that they didn’t take any inspiration from the other films, as design influences from Terminator: Genesys and even Universal Studios’ T2:3D – Battle Across Time show up here.

When it comes to gameplay, you’ll quickly make comparisons with Fallout, Deus Ex and Dying Light when you start playing. A mix of first-person shooting and survival, Terminator: Resistance drops you in a set of open-ended hub areas, full of places to explore and pillage. Each map is a gold-mine of supplies and ammo, sometimes even new weapons and secret upgrade-point books, and of course so many machines to destroy. This all falls in between main story missions and a handful of side-objectives, which are smartly varied and remarkably different feeling for a game with so few mechanics. You may be sneaking behind Skynet’s kill-line in order to take photos of Skynet’s latest killing machines or searching for survivors held captive by Skynet in a massive machine-controlled fortress. That mission, in particular, leans heavily on Terminator‘s horror routes as you explore a derelict hospital that’s brimming with T-800 model Terminators. At this point in the game, you have no defenses against them (you do eventually unlock weapons that turn them to scrap, but more on that later) and are forced to sneak through a bloody and terrifyingly tense patrol of machines that will kill you almost instantly upon spotting you. It was a real highlight for me, and I wish the game had stuck with that tone for just a little longer. 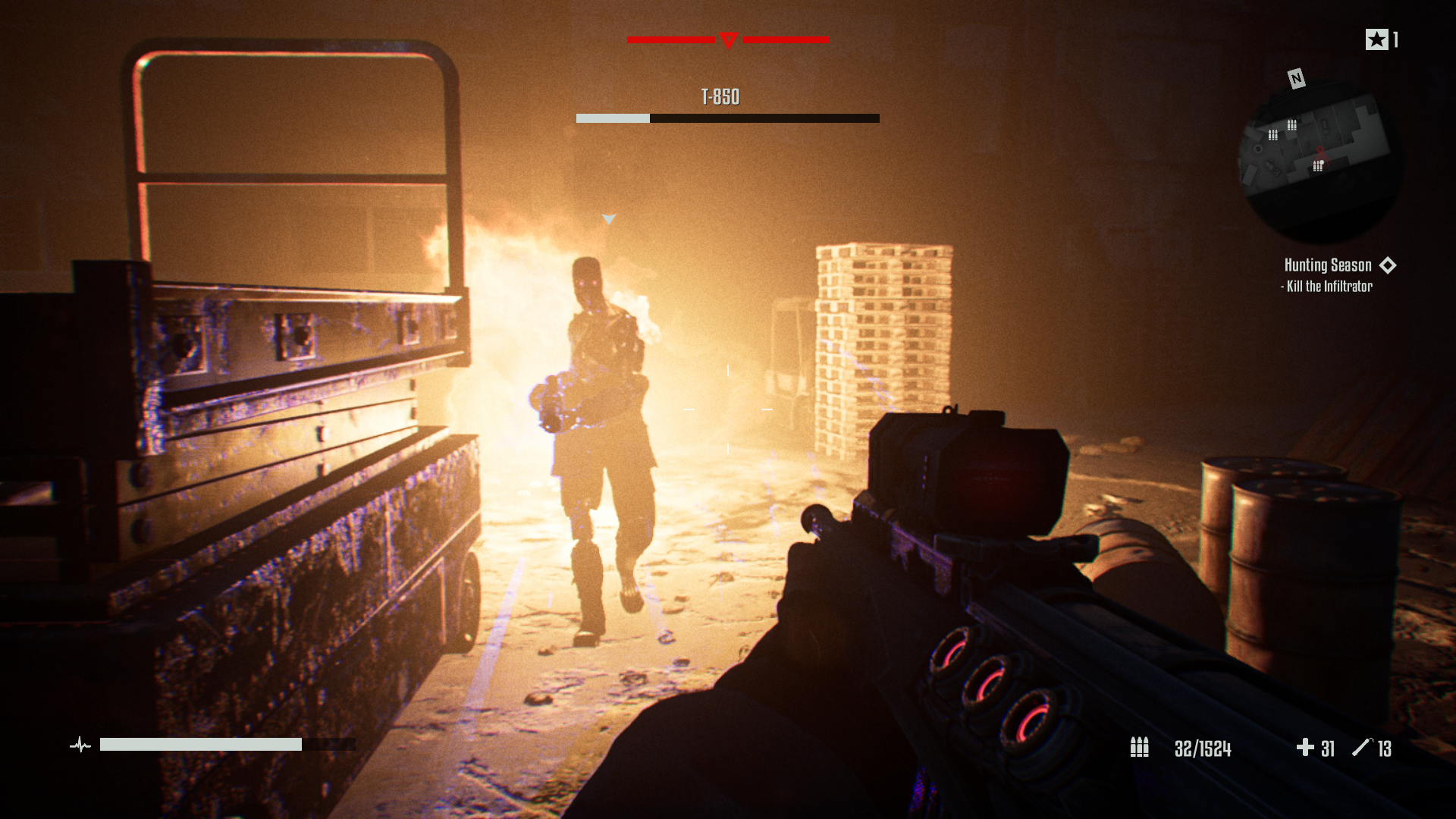 Exploring the world is a mix of Deus Ex pathfinding (looking for alternative routes around locked doors and enemy patrols) and Fallout scavenging (lockpicking and hacking your way to vacuum up everything in sight). I was often surprised by the variety of alternate paths, as I constantly found another way to my goal after making my choice. The tried and true lock-picking mini-game that all of us have already played a thousand times returns here, although I found it to be weirdly finicky compared to other iterations on the same concept. Hacking is another story altogether, as it’s shamelessly just Frogger; divider in the middle to rest at and all. Neither mini-game is that involved, and only take a handful of tries to crack at most. It might’ve helped the hacking to have had a cool-down timer or something upon failure, but it is what it is.

In amongst all of this is a cast of characters that you can speak and interact with, and while the majority of them seem to fall into tropes at first, I found myself engaged with them by the end. A subtle and non-invasive trust-building system is hidden behind dialogue options that aren’t always obviously good or bad, which can lead to extra missions dependant on how well a character knows you. That classic quote is paramount in the decision making here: there’s no fate but what you make. I found the outcome of my decisions to be among the many highlights here. Surprisingly, the cast is made up entirely of new characters rather than feeling the need to make us play as John Conner or Kyle Reese. Conner is part of the story obviously (it’d be hard to tell a story about a resistance soldier without him), but this game is your story, not his. 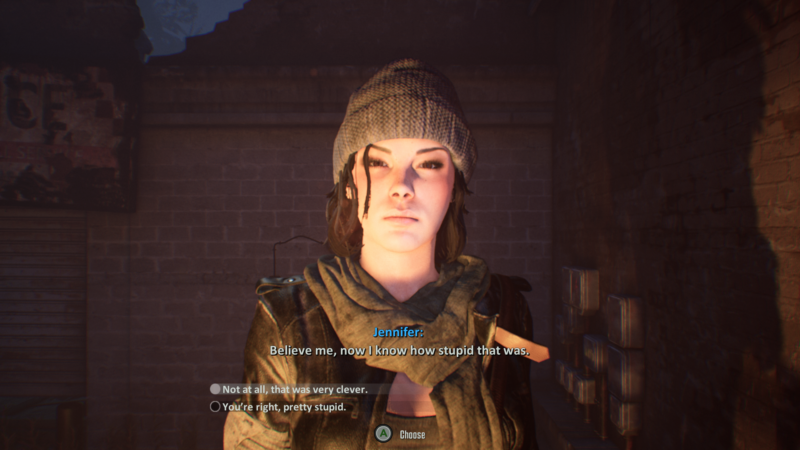 One of the game’s only real problems comes from its difficulty, which (to be blunt) is mostly pathetic. Even cranking the game to its Extreme difficulty setting, I was still cutting down the majority of Skynet’s unstoppable killing machines like they were made out of tin-foil. The T-800s remain a threat due to insanely powerful and accurate weapons, but they still go down very quickly once you have the right tools for the job. Arnold’s famous T-800 Terminators took entire films to put down, and here they can be eliminated after only a few shots to the head with any plasma rifle. Keeping them closer to one-off encounters that edge on mini-bosses, rather than the standard enemy type they become, would’ve been a much better call. This difficulty issue extends beyond just this unfulfilling creature contradiction, unfortunately.

Your health is very low, which works well with a health-pack system rather than a cover system, but it’s made a complete non-issue by the over-abundance of supplies. Even on the highest difficulty, I had over 60 health-packs most of the time. Even when there was a drought of them as pick-ups, they were easily craftable thanks to an endless treasure trove of supplies found in the world. You can even purchase them with “trading supplies”, and you’ll never not be among the post-apocalypse 1%. On top of the currency being literally everywhere, you can also sell every single non-laser based weapon as soon as you get one and all of the accompanying ammo. Making things just a little more scarce would’ve gone a long way. Hopefully, it’s something that can be adjusted in a patch. 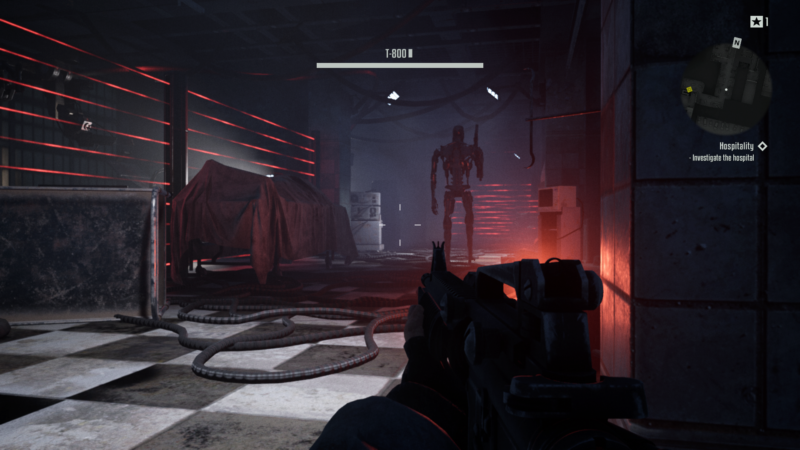 Outside of difficulty problems, the only other thing that might bother players is that it’s noticeably low budget in a few areas. Human characters are jagged and dated looking, some bad pop-in in a few spots, and a wonky frame-rate on console. By default, the FPS is set to ‘unlimited’ (which might be the first time I’ve ever seen an adjustable FPS in a console game), you should go ahead and switch that to 30fps. It might be better on Xbox One X or PlayStation 4 Pro, I wouldn’t know. That said if the trade-off is some dated character models and hiccups over the detail and clear love for the property, I’ll take the latter. Voice acting has some issues as well, there’s a weird pop at the start of most lines and a few of the actors (Jennifer’s in particular) are noticeably sitting way too close to their microphones. There’s also that weird thing where the actors don’t seem to know the context for their lines and often have weird inflections on their dialogue that don’t sound right for the conversation. Music and sound effects, on the other hand, are top-notch. Film accurate sounds punctuate a delicious score mostly made up of remixed covers of Brad Fiedel’s iconic scores for the first two films. I especially love the uses of Escape from the Hospital (and T-1000) and Desert Suite from T2, and the heavy cues taken from Future Flashback from The Terminator are great as well. If you’re a fan of the movie scores, you owe it to yourself to check out this soundtrack at the very least.

Overall, despite its problems, Terminator: Resistance is very, very easily the best thing done with the license since Terminator 2. A tense, engaging and very human story that is so head-over-heels in love with the world James Cameron created all those years ago it’s hard not to enjoy. The dated visuals and difficulty problems may distract too much for people who aren’t already invested in the films, but I sincerely hope this game sells enough copies to warrant a sequel. A higher budget and some more time to implement their ideas and we very well could have a movie tie-in masterpiece on our hands. It isn’t perfect, but if you can look past the flaws you’re in for a real treat.

Xbox One version purchased for review.