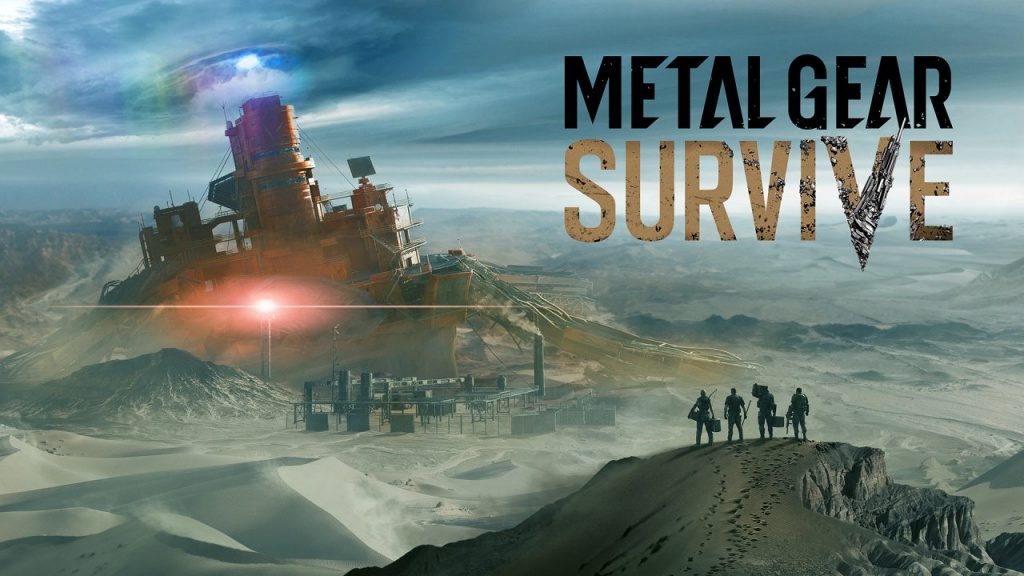 Metal Gear Survive is one of the strangest titles I’ve ever reviewed. Putting aside the baggage of events following Konami’s falling out with series creator Hideo Kojima, Metal Gear Survive struggles to find a middle ground between Konami’s money-grubbing aspirations and the development team’s evident love for the Metal Gear franchise. The result is a game that manages to be fun at times but is brought down by tedious gameplay that leans far too heavily on microtransactions and busywork.

The opening hours of the game perfectly illustrate the schism that is Metal Gear Survive. Taking place shortly after the events of Metal Gear Solid V: Ground Zeroes, Survive postulates that after Snake and Miller departed the base, a wormhole appeared in the sky and sucked everything into another dimension. Utilizing a player-created character instead of the iconic Snake, players soon find out that they are in a place called Dite, a dusty realm inhabited by the zombie-like Wanderers. Guided by a mysterious voice on the radio that goes by the name of “Goodluck,” the player is tasked with locating other survivors and banding together to find a way to escape Dite. 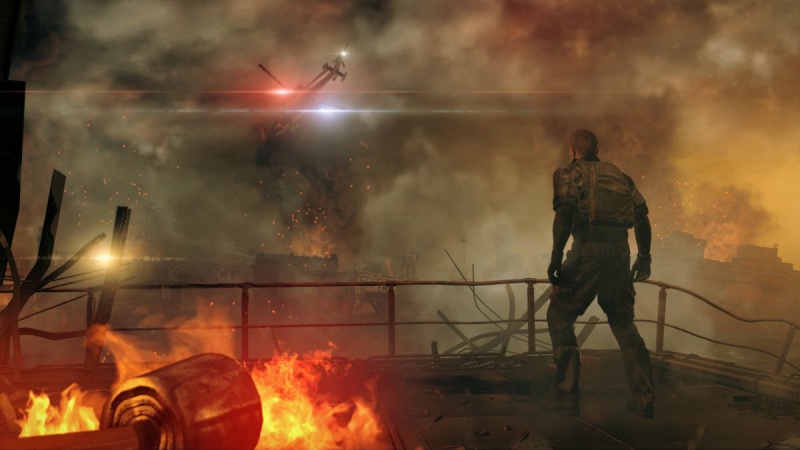 While lacking the finer intrigues of a Kojima-penned yarn, the opening hour of Survive does a decent job at setting a desperate tone with well-directed cutscenes and mysterious character introductions. Once the player gets past the opening barrage of cutscenes, the experience goes downhill for several hours before picking up again.

First and foremost, Metal Gear Survive is a survival game. While Metal Gear stealth is present, and a great deal of assets from Metal Gear Solid V make a return, Survive is a game about base building and painstaking progression. That’s all well and good, but players must first progress through a series of mind-numbing tutorial missions that introduce them to base building, crafting, and the finer points of surviving in Survive‘s unforgiving world. The main tutorials for the game can last up to five hours, and if players attempt to stray too far from the beginning objectives of the game, they are met with a variety of barriers to fun and exploration. 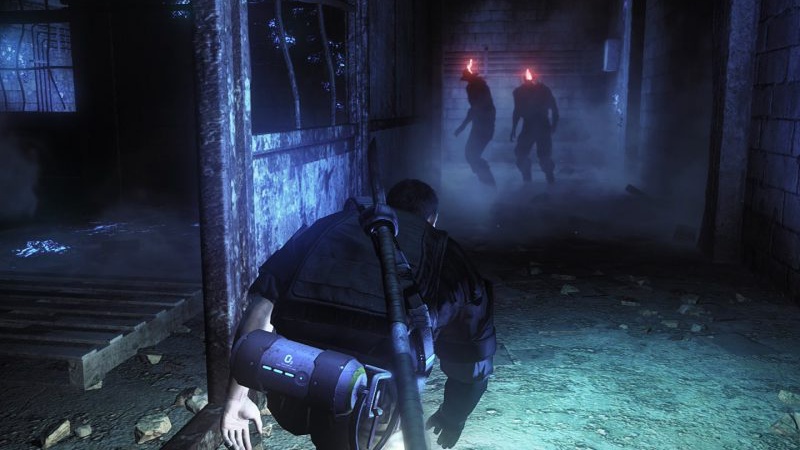 Combat is mostly a melee affair in Metal Gear Survive. While guns and bows can be crafted later, ammo is often resource-intensive, and should only be used in emergencies. This system gives the whole game a tense feeling in the opening hours when two or three Wanderers can quickly overtake the player. Unfortunately, few combat options exist for players in the early game, which is far from representative of the game’s full combat experience. The first four hours or so will see players fighting the same boring enemies in the same exact way. By the end of the campaign, however, the enemy variety grows considerably, as does the range in approaches to combat.

The world of Dite is a lousy place to be. Players continuously need to monitor their thirst and hunger meters, lest their stamina and health drain respectively. Of course, regular food and water scoured from the wilds just won’t do; without cooking and boiling meat and water, players can contract illnesses that will further hamper their physical state. For a majority of the early game, food and water are in dire supply, and there is no way to clean water at your base camp until Chapter 7. Players are also incredibly fragile in the early game; with no armor and few weapons at their disposal, they can die very quickly if surrounded by wanderers. These initial obstacles are annoying to be sure, but they are nothing compared to the annoyance that is The Dust. 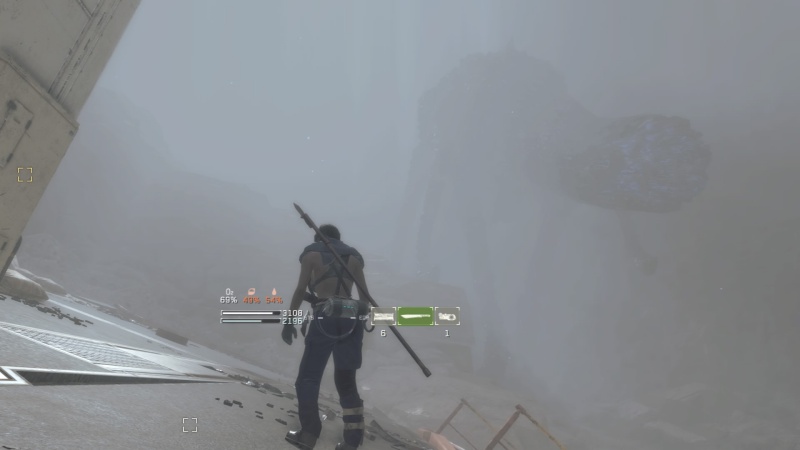 The Dust is a dense Silent Hill-esque fog that covers most of the map in Dite. Players need to journey through it to reach objectives, unlock fast travel points, and gather necessary resources to survive. In uncharted sections, players are unable to use their maps to navigate and are forced use physical landmarks to find their way around. Players are given yet another meter to manage with Oxygen, which can be filled using Kuban Energy harvested from enemies. Stamina also decreases twice as fast, meaning that running from objective to objective isn’t an option.

These obstacles, combined with a lack of crafting resources and almost no variety in combat, make for an absolute slog of an opening. There is an argument to be made for making a player earn their gear in a survival game, and at times Survive does manage to dole out satisfying sensations of accomplishment. But for the opening of the game, these sensations are too few and far between. 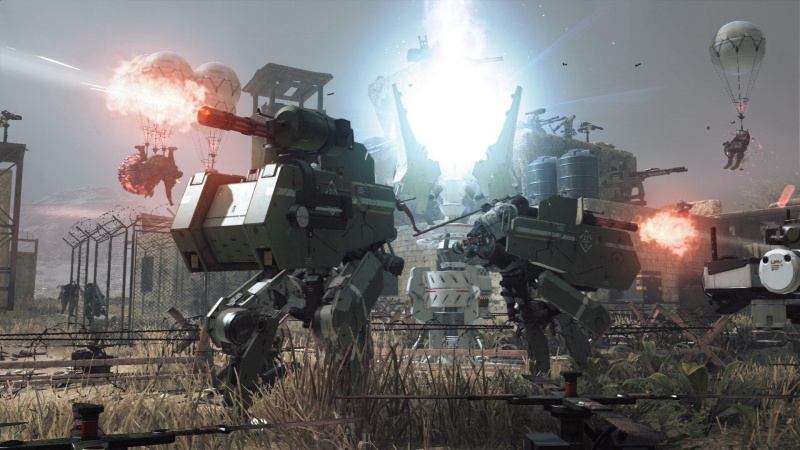 For players who do manage to surmount the game’s plentiful obstacles, they will find a satisfying cycle of resource gathering and base-building await across Survive‘s 30-plus hour campaign. Eventually, food, water, and oxygen become minor annoyances instead of omnipresent threats to existence, though players are always forced to enter their inventory to manage them. As the player’s arsenal and gear collection grow, they can spend more time in The Dust and take on higher risk missions that will yield greater rewards. The rewards also feel genuinely useful, ranging from new weapons such as machine gun emplacements and flaming baseball bats to new team members that can cultivate food and even go out into The Dust and gather resources.

Unfettered by the constant meter management and lacking gameplay variety of the opening hours, Metal Gear Survive eventually finds its footing. Exploring the mysterious Dust yields plenty of jaw-dropping moments, including encounters with massive eldritch horrors designed by Silent Hill‘s Masahiro Ito. As the story unfolds, players also discover the true nature of Dite and even uncover ties to both Metal Gear Solid 4 and Metal Gear Solid V. While the characters often fall flat compared to Kojima’s memorable casts, Survive does manage to pull off some larger moments and plot twists admirably. Coupled with an addicting sense of progression once players get their bearings, Metal Gear Survive shine a little bit in the late game. 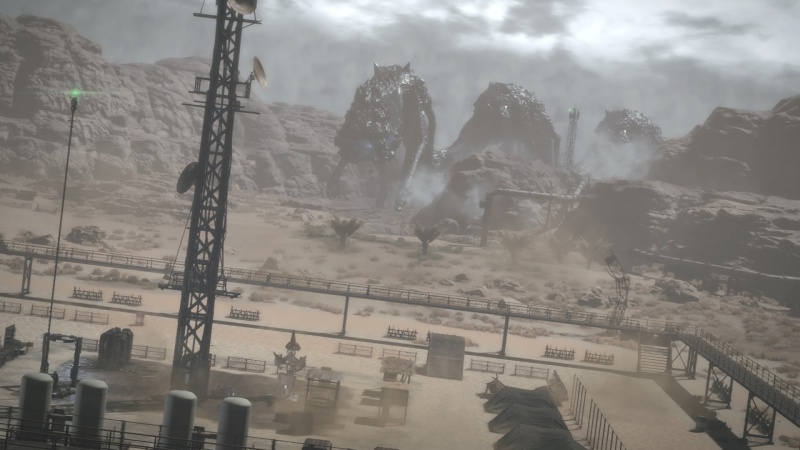 Then the campaign ends, and Survive runs into a whole new series of problems. While seeking a way out of Dite, Survive gives players an excuse to continue building their base and scavenging resources. But once the main game ends, players are still able to keep building their base, but now without any kind of reason aside from getting better gear. Players are left to continue grinding resources and running the same four types of randomly generated side quests in The Dust. In Metal Gear Solid V, players could roll credits and still return for similar reasons, but that game had additional missions and a greater variety of side content to rely on for replay value. Survive has none of this, and so depends on your will to get better gear to continue playing.

This is where Survive begins to get insidious. Most of the good gear can’t be unlocked until around the 40-hour mark, and even completing the game won’t unlock the four subclasses players can choose from. This grind is alleviated somewhat by the online co-op, which can reap a variety of rewards. Unfortunately the much-touted online is only a footnote in Survive; there’s no substance to it aside from being the same wave-based defense seen in the single-player campaign, except with three more players. It works well but offers nothing you won’t see in the main campaign. So once the campaign ends, players are forced to grind the same content for hours on end to see what little else Survive has to offer. 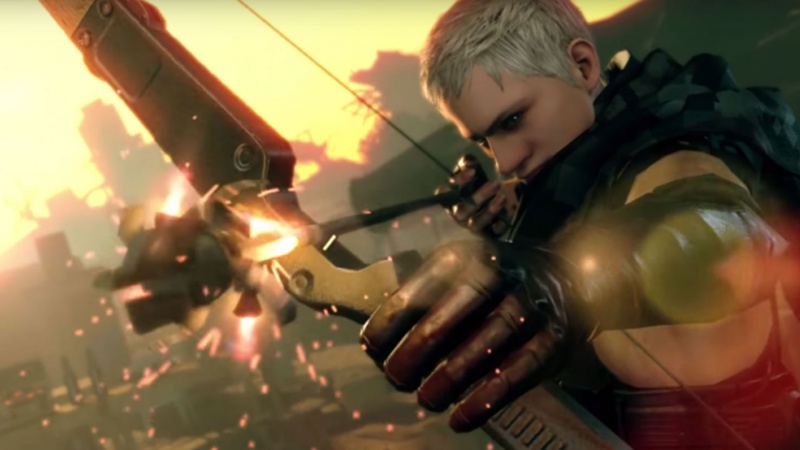 Of course, Konami has implemented microtransactions into Metal Gear Survive; completing the game led me to notice how offensively implemented they are. For players who might want to start a new game and character, they will need to pay an additional $10 for a new character slot (the main menu of the game shows four possible character slots, inferring that someone would pay an additional $40 for more save slots in this $40 game.) Players will also find that, while there are five slots shown in the crew deployment team, only one team is free. If you want more teams to send out on resource gathering missions, you will need to fork over an additional $40.

But Survive doesn’t stop there. Once the main campaign concludes, players can mine energy from their base camp, which they will need to defend in real-time increments of 10 hours or so. If players aren’t online when an attack is scheduled, their base will take damage. A Support Defender can be bought for an additional $10, up to three at a time, to lessen the damage. There is also an assortment of Premium Passes, which can raise resource gathering to a more acceptable level, ranging from $1 to $24. 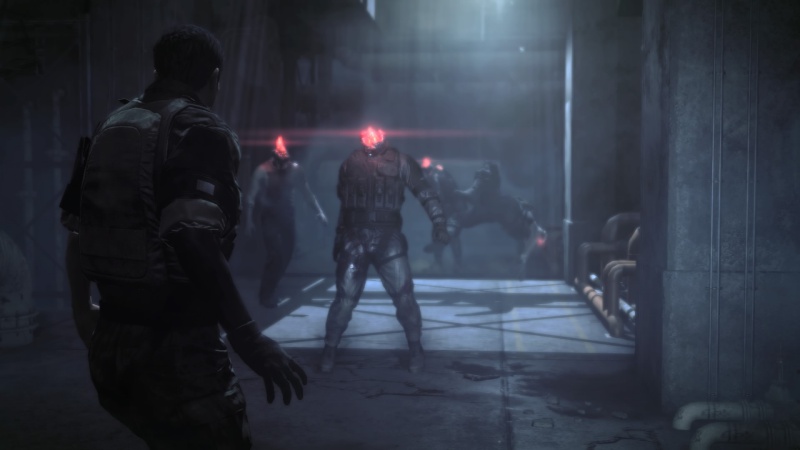 For those doing the math, that adds up to $184, including the price of the base game. That’s the price of beating the campaign of Metal Gear Survive and continuing to build your base at an acceptable clip, without worrying about losing progress when you put down the controller. The game is designed with these microtransactions in mind, just like a mobile game; the player is meant to keep coming back and to spend more money to see everything there is to offer. Keep in mind that around $54 of that $184 is theoretically spent on timed consumables that will expire, lest players run out of things to spend money on.

This is where Metal Gear Survive also crashes into its own nature as a survival game. Unlike Destiny or Overwatch, where there is always a new costume or gun to unlock, Metal Gear Survive shows you everything it has to offer over the course of its campaign. Like most survival games, there isn’t any point to building up your base or character, aside from personal enjoyment. Getting to a higher level won’t let you into a Raid; you will just get to play higher level versions of the same wave-based defense mode again and again. Sure, you can continue to build your base and get more resources, but once the credits roll, Survive can’t help but start eating its tail, hoping you’ll spend more and more money for the chance to watch. 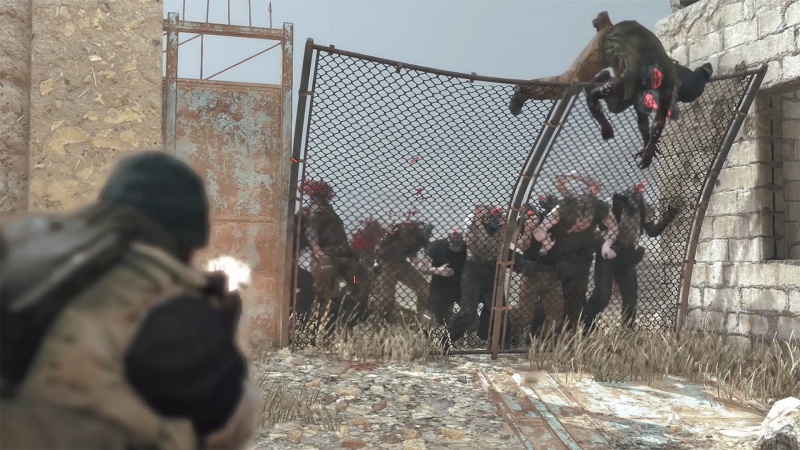 It’s a shame because there is a genuine love for the franchise and innovative kernels of gameplay in Survive. The game takes ideas from Metal Gear Solid 4 and V, but there’s also palpable influence from Dead Rising‘s combat and Dark Souls’ unforgiving exploration. There are even moments of mystery and dread that conjured memories of the original Silent Hill. While the campaign lasts, it can be a fun, if lopsided and occasionally frustrating ride. But once the honeymoon phase is over Metal Gear Survive rings hollow, a vapid facsimile of a once-great franchise undone by Konami’s fixation with the almighty dollar.