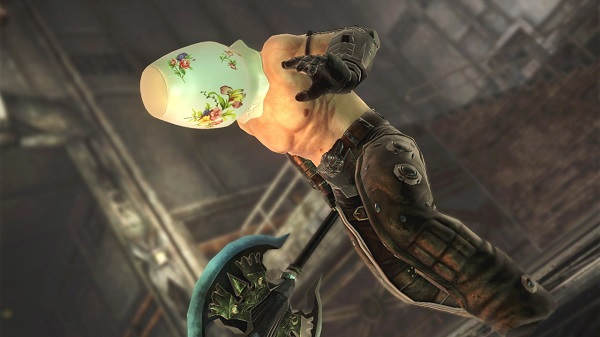 The Deception series has been around since 1996, and has always been all about strategy, traps, and a twisted sadism that is fun to play but weird to talk about. There aren’t many games where you can lure an attacker onto a floor panel that will launch them across the room into a bear trap, confining them as a mechanism you placed on the wall launches a sawblade that will knock them into a pool of lava. So how did Tecmo Koei make such a unique experience so…boring?

In Deception IV: Blood Ties, you play as the devil’s underdressed daughter, Laegrinna, and you are tasked with finding the 12 Holy Verses required to bring daddy back to life. With the help of three Daemons, Veruza of Sadistic Torment, Caelea of Elaborate Death, and Lilia of Humiliating Demise, you will capture or kill the feeble humans who possess these Verses. Luckily, most of these people will come after you like stupid cattle, oblivious to the obvious traps set for them.

The trap-based gameplay has been streamlined in ways both pleasing and disappointing. In previous Deception titles you could have three traps assigned to three face buttons, and you could time your button presses to cause a sort of domino effect. Now, all traps are mapped to the X button, and as soon you trigger one trap, the cursor will move to the next trap in your sequence. This makes it easier to play, but also serves to take away some player agency. That’s the main problem. Even with the addition of a button that allows you to dodge, sprint, or utilize other purchasable abilities, it never feels like you’re doing anything except running in circles, tapping X and dodging the occasional projectile. Add in braindead AI and you don’t exactly have a stimulating game. 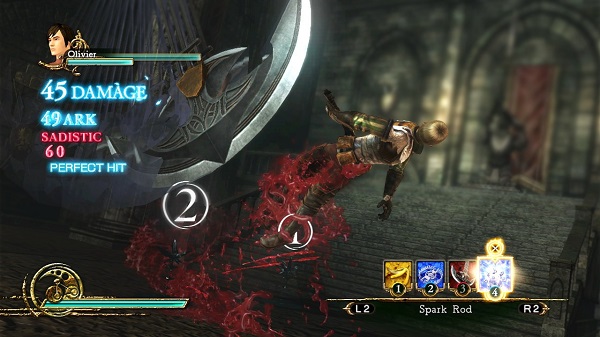 Some of the most fun you could have in previous titles was with the creation system, which allowed you to modify your traps by way of emblems and rings that changed their elemental and trigger properties. In Blood Ties, the customization has been limited to the outfit you are wearing, which traps you are carrying, and which abilities you have equipped to the triangle and square buttons. That sounds bountiful, but in actuality, these systems are very limiting and the removal of the creation system feels like a missed opportunity. Alternate outfits are few and far in between, the traps are non-customizable, and only a couple of the abilities feel really useful (rolling and sprint help eliminate some of the tedium). I should mention here that you *can* assign traps to those buttons, which would effectively render my agency complaints moot if not for the fact that the tougher battles just about require the use of evasive abilities.

You will learn to fear and hate any enemy that uses fire against you, as you’ll be engulfed in flames and make an extremely annoying sound until you automatically extinguish yourself, only to be hit by another fireball/flamethrower blast. If you don’t have the roll ability equipped…well, godspeed to you, my friend.

Paralleling the three Daemons of Sadistic Torment, Elaborate Death, and Humiliating Demise are the three varieties of experience you can earn by using their respective trap types. Sadistic traps tended to be my favorites since they were straight-forward and effective, whereas the other two are more indirect and lead to more devious combinations. In addition to this, each of the three Daemons will make level-specific requests for you to attempt and this is one of the highlights of the game. Whether it’s going to a certain room on the map, using a specific environmental trap, or getting a multi-hit combo, these goals shake up the game a bit and encourage some creative thinking. 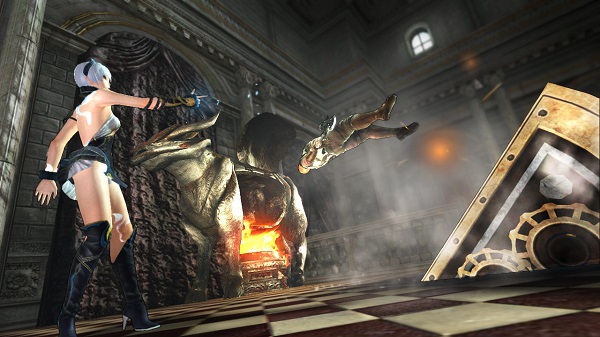 On the subject of environments, here Blood Ties is fairly inconsistent. While the first chapter is in a generic castle, some of the individual rooms obviously have had more thought put into them. There’s a courtyard where a mechanized knight on a chariot continuously does laps around a fountain while wantonly swinging a morningstar – which is pretty fantastic. But then there’s things like the factory level, which aside from a room with blimps that shoot rockets at specific spots(!),  is fairly forgettable.

My personal favorite area was the anachronistic carnival-themed level, which showcases how creative the game can be when it wants to. While these areas are sometimes visually intriguing, the graphics themselves aren’t too flattering. The PS3 and Vita versions don’t look a whole lot different from each other aside from the former being slightly more smooth. Both of them seem to have textures that would have been possible on a PS2. 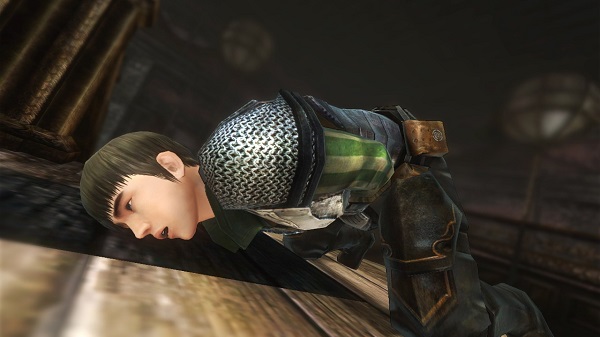 Story-wise, there’s nothing extraordinary to experience here. Unsettling music in the beginning provides a false illusion that the events of Blood Ties will be grim, but those ominous tones are fleeting. The Daemons provide most of the dialogue (which is all in Japanese), which ranges from slightly humorous at times to extremely annoying. Lilia, I’m looking at you.

The Holy Verse-carrying supporting characters are disposable for the most part, though the gun-slinging nun who derives waaaayyy too much pleasure from pain was a welcome reprieve from the general mundanity of the others. Laegrinna’s lack of personality becomes grating about two minutes in, as well. I quickly took to calling her “Buttcrack Dress.” Y’see, despite Kagero: Deception II starring Millenia, a memorably designed female character who didn’t come off as pervy, this newest game in the series decided to go in the direction of pure fan service. Laegrinna and her three Daemons are wearing skimpy outfits, and all enemies wear indestructible armor with underwear beneath. It just feels tonally dissonant; I was never sure if they were trying to go for some kind of sex appeal or just being bizarre and silly. I guess in a game where you can use a giant yo-yo as a weapon it’s safe to assume the latter.

Once in a while, everything will just sort of click and you’ll figure out the perfect combination of traps in a room and you’ll feel like a highly-skilled death-dealer and a crooked smile will spread across your lips. Deception IV lives for these moments. They just occur too infrequently, and flailing around in circles and waiting for an enemy to get close to your snare quickly wears thin. If you’re extremely patient, you’ll find these moments, but are they enough to justify the slog that is the rest of game? Nope.