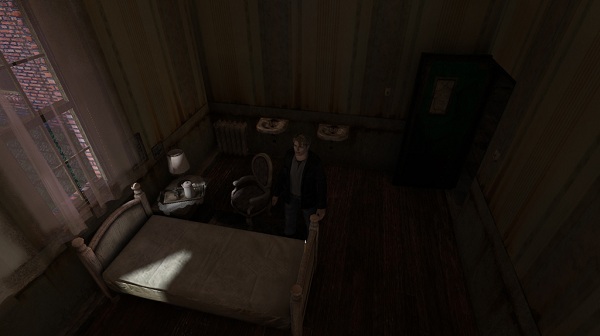 In what has to be one of the biggest announcements in gaming history is the reveal of the team behind Silent Hill 9. Instead of Konami reaching out to a new studio yet again for their next Silent Hill game, they have miraculously reassembled the original Team Silent for the upcoming game in the series. I have taken the liberty of translating Hiroyuki Owaku’s quote from the latest Famitsu:

“We all thought it was time to come back, you know? Fans love us because we can’t do anything wrong, apparently. We could put a Pyramid Head in every single game we make and it would be alright. I think it’s just a western thing. They think us Japanese developers are just better than any other country’s game designers. So, Konami had said “OK, let’s do it!”. I’m very happy to be back!”

When asked about the current team behind the latest Silent Hills, Owaku had this to say “Well, we needed supernatural energy to make yet another great Silent Hill, so Konami has sacrificed the lives of the current team for Team Silent. Their flesh and blood nourished God and now we can make a great game!”

Along with Owaku, Masahiro Ito, Takayoshi Sato, Masashi Tsuboyama, Akira Yamaoka, and Keiichiro Toyama are all returning to the series.

Details are scarce, but it seems like Silent Hill 9 will be a direct sequel to Silent Hill 2. Maria was pregnant during the game and her child was left behind at the Lakeview Hotel, also known as James and Mary’s “special place”.

The game will put us in control of Eddie, who survived the events of the 2nd game, as he is on the run from James because he has kidnapped the child. The game will be heavier on combat and be played in first person. Heather is said to be Eddie’s co-op partner for online play. Silent Hill 9 is expected to release this coming October.