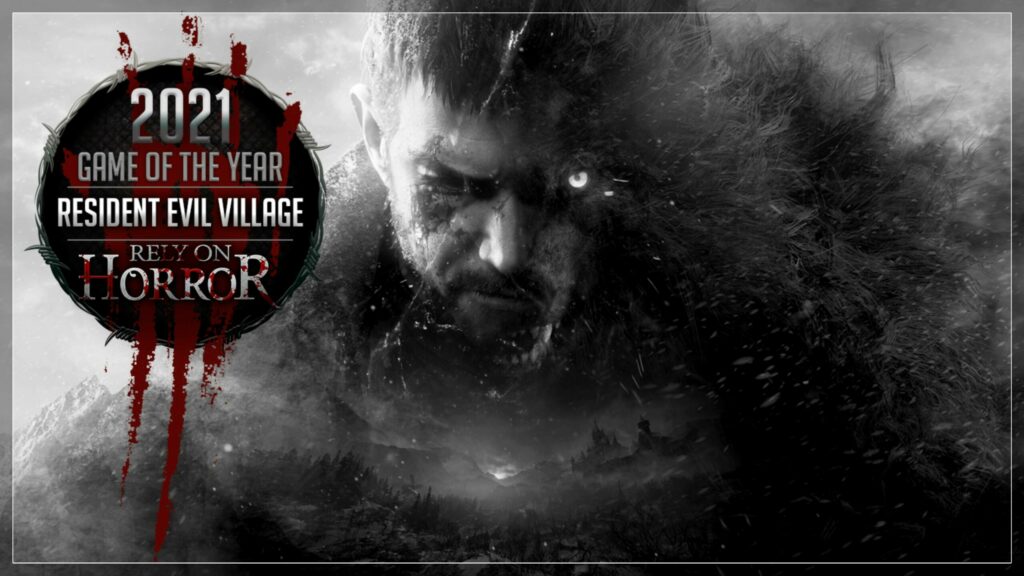 Even though the real-life horror of 2021 put a hold on many of our lives, the pandemic couldn’t stop the release of a slew of fantastic new horror games. Our 2021 Game of the Year nominees — Resident Evil Village, The Medium, Back 4 Blood, Tormented Souls, and The Dark Pictures Anthology: House of Ashes — are just a few examples of the many titles that impressed us this year.

After internal discussions among the Rely on Horror staff, we’re excited to announce that Capcom’s Resident Evil Village is the recipient of the Rely on Horror 2021 GOTY award! Below, a few of us have written our thoughts on why Resident Evil Village deserves recognition and praise. You can also check out the 2021 Game Of The Year award badge, as designed by Whitney Chavis.

Agree with our choice? Disagree? Let us know in the comments! Stay tuned for our 2021 Community Game of the Year announcement as well!

While Resident Evil 7 and the following remake of RE2 performed a master class in how to right a ship that had so thoroughly veered off course, the time seemed right for the series to take another step out into the realm of the unknown. Thus was born Resident Evil Village, which took the toe-dipping experimentation of Resident Evil 7 and ballooned it into a full-blown leap for the franchise. Mixing in familiar elements from previous games (from aesthetics to puzzles to mechanics) that feel like a lovely celebration for the 25th anniversary, along with bravely expanding the core survival horror experience into an open-world design, Resident Evil Village mostly sticks the landing to create a truly special entry in this storied franchise. Throw in the series’ first real foray into psychological horror and perhaps the most shocking finale to date, Resident Evil Village is an experience I really loved and have already returned to multiple times since its release.

I wasn’t quite sure what to expect when I started my journey into Resident Evil Village. Its predecessor set a high bar for first-person survival horror, so the looming question was, “Is this going to be more of the same?” The answer isn’t as clear in my opinion as others would say. It takes everything that made Resident Evil 7 work so well (e.g. a hub-world of sorts with different branches leading to separate segments of the game with different focus points) but instead of copying 7’s homework, builds upon it, expands, and evolves it. The hub world is much larger this time and there is a lot more variation in scenery overall. The different spokes going out of the hub are far more varied than Resident Evil 7 ever dared, with the different sections in Village even living in their own different sub-genres. And this is what makes this game just so much fun to play: It never gets boring. There is always something new to do, a new mechanic, a new setting, new questions that arise. Resident Evil Village is a Jack of all trades and close to being a master of all as well. Vivid characters, thick atmosphere, gorgeous graphics, continually fun gameplay, and a ton of content make this an easy choice for my personal game of the year.

Overall, Resident Evil Village is the evolution from RE7 that I wanted and expected. The series has been re-born with RE7 and the RE2 Remake. Resident Evil Village blends in all types of horror in a clever way. What makes it so great though, is its gameplay. There’s just a kind of natural flow the game generates from the very beginning. You want to keep on playing and exploring, and that’s always the best thing you can say about any game. The different types of horror have something for everyone, even though I wished certain areas were a bit bigger compared to others. One of the biggest fan complaints about RE7 was the lack of enemy variety. Capcom has successfully ironed that out with RE8. What remains is the RE series’ trademark weird story and certain design decisions. What I enjoyed (as always) was reading all kinds of in-depth files (especially towards the end), because I love to imagine how those events played out in my head. Resident Evil Village is a great sequel to the reboot of Resident Evil that successfully expands the series and creates its own ideas. 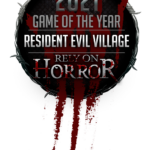