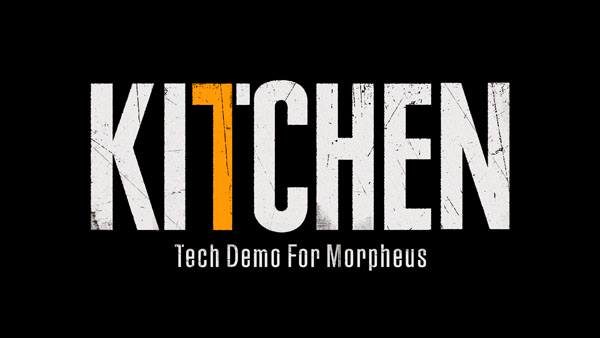 Well, this is a welcome surprise.

Kitchen, the ambiguous demo that Capcom floated around for about a year before Resident Evil VII: Biohazard was dropped on us last month, revealing that they were one and the same all along, is finally playable to the public. The demo isn’t very long, but it does give some brief insight to the ending of Resident Evil 7: Begining Hour, the demo that has been available to PS+ subscribers on PlayStation 4 since the title was officially announced at E3.

As you can see, it’s a playable (and slightly longer) version of the events seen at the end of the Begining Hour demo. Clancy the camera man is tied up and bound to a chair, and Pete (the host of Sewer Gators, the low-budget show seen in the demo) knocked out on the floor of the Baker family kitchen, with the table upturned behind Clancy. Pete gets up groggily, just as he does in the demo, knocking over the camera and attempting to help cut through Clancy’s bindings, with one major difference this time.

Something I hadn’t heard about Kitchen, and isn’t available in the demo we have access to at the moment, is motion control. The player is able to lift the controller to outstretch Clancy’s arms for Pete to cut the bindings, which took me by surprise while watching. Before you freak out, there’s a very good chance this element is simply just for the Kitchen demo, as there’s essentially no gameplay in it, or it might be something just for playing in VR (as Kitchen is) although there were no reports of any motion control function with the VR version of Begining Hour that was playable at E3. Regardless, there’s a 100% chance that motion controls will be optional, if they’re in the final product at all. 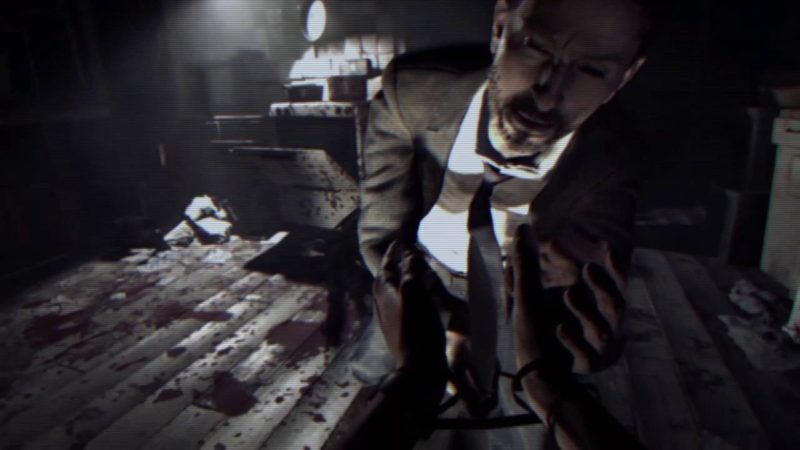 Back to Kitchen, it plays out more or less the same as Begining Hour for the next minute or so, but after Pete is stabbed through the chest by the woman that appears out of the shadows, we now are treated to what happens next. In Begining Hour, the camera shorts out and flickers on a static image of the woman’s blurry face as Clancy screams. Now, we’re exposed to why – the woman stabs poor Clancy in the leg with the same knife she just killed Pete with, and we’re given a much longer and more detailed look at her than what we can see in the demo or trailers. The woman is pretty clearly not the ghost girl that pops up seven times during Beginning Hour, nor does she seem to be Marguirette Baker, wife of Jack Baker, also known as The Family Man. So now we know for sure that there’s even more questions to be answered. Yay.

Just as it looks like she’s about to finish off Clancy, Pete (who’s way more heroic than I initially gave him credit for, poor bastard) uses the last of his strength to tackle the woman away, and they disappear into the darkened corner of the kitchen. A few terrible sounds of death later, and Pete’s head comes bouncing across the floor boards, coming to a rest by Clancy’s feet. Sound is clearly key here, as the player discovers that the woman, who they saw roll into the dark with Pete in front of them, now appears behind Clancy, and her breathing can be heard. Hands curl around the player’s field of view, and then the woman appears, hanging upside-down, with a knife brandished. Cut to black. 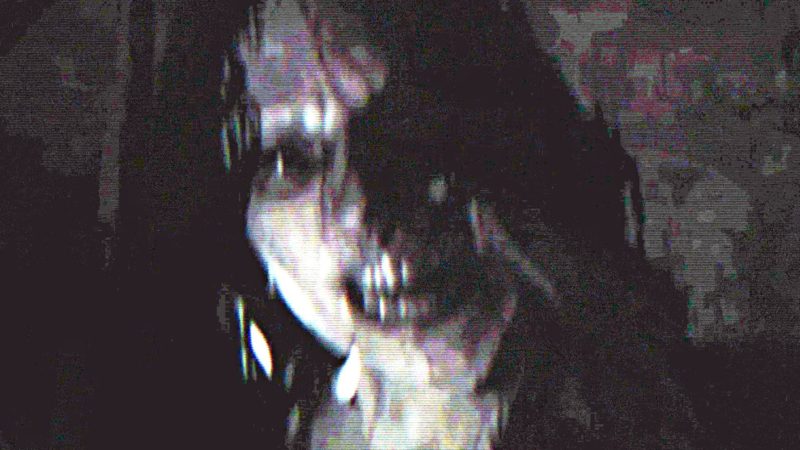 Looks like things don’t turn out too well for Clancy (although I think we kind of already knew that). At least now we have a little bit more from Resident Evil VII to ponder over and speculate with as the clock ticks down to the vague September date alluded to by the Resident Evil Ambassador Program‘s finger image. Resident Evil VII: Biohazard releases on Xbox One, PlayStation 4 and PC January 24th, 2017, we’ll keep you updated while we wait.