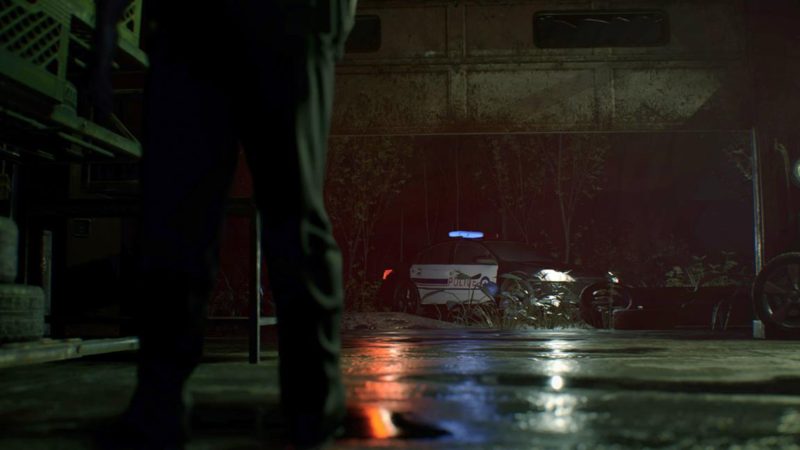 Looks like I’m gonna have to go play more.

In the short 24+ hours it’s been since Resident Evil VII: Biohazard was announced and it’s PS4 exclusive demo was released, the internet has been wracking it’s brains to try and figure out all of the demos secrets. There’s a lot, and I mean a lot hidden in this tiny demo. Seemingly nothing as convoluted or outlandish as using the PS4 microphone that P.T. did, but there is definitely more to find. We know for a fact that at least two things haven’t been figured out yet; a small hatchet you get out of a locked drawer in the kitchen doesn’t seem to have any practical use, other than showing us that combat mechanics will be in the final game; and the finger. The finger is a small, pose-able dummy finger made out of Celluloid, and it’s one of the very first things you find after leaving the starting room. It’s killing forum users, and everyone is convinced it must have some special meaning. It looks like they might be right.

Twitter user Maximillian tweeted this morning from E3 that he had spoken to a Capcom representative that the Resident Evil VII: Begining Hour Teaser is, in fact, beatable. That means that there’s a way to avoid the disgusting, mold covered “Family Man” as he’s been called (presumably a post-infection or otherwise version of Jack Baker, the former owner of the house) punching your lights out just as you’re about to escape, which is the only way the demo seems to have ended thus far. But it looks like both the finger, and the Family Man, have more to them than we have discovered.

Was told by a Capcom rep that the RE7 demo is beatable. Said the axe doesn’t have much use, but the dummy finger has a purpose.

You can leave the house without getting family punched apparently. https://t.co/xpTrJpOb09

At the moment, the only real lead we have on the finger is that it seems to be covered in black paint, which the door with the broken handle to the right of the beginning room also has on it. Using the finger on it does nothing however, and the door is unopenable (although it’s worth pointing out that the only other unopenable doors are the two boarded shut, so it seems like there may be more to this one than we can figure out). The finger seems to have something metal sticking out of the base of it, either a key or the mechanism that attaches it to whatever the finger belongs to. It’s going to take some major sleuthing to figure out this finger, but it’s reassuring to know we’re on the right track, at least in thinking it has some other purpose besides cluttering up our inventory.