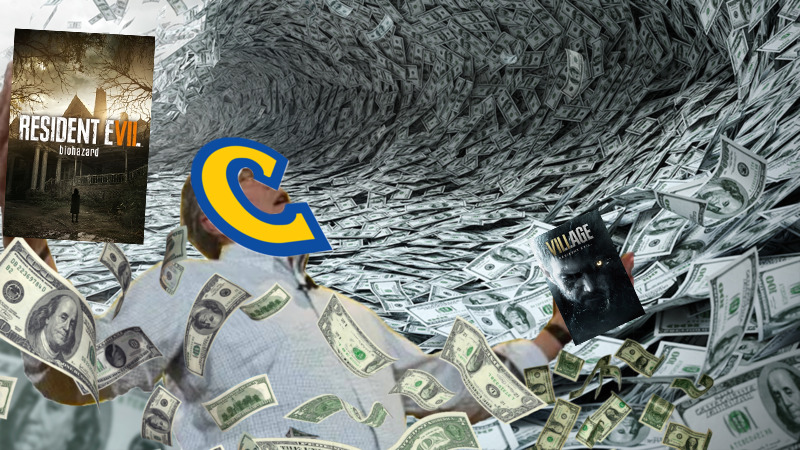 Capcom just keeps winning these days, as it recently reported its ninth consecutive year of profit growth and fifth consecutive year of record-high profits. This follows up on the shockingly high sales of 2018’s Monster Hunter World (now at 18.3 million units sold) and the rapid growth of 2017’s Resident Evil 7: Biohazard (now at 11 million). Monster Hunter Rise (2021) and Resident Evil 2 (2019) are catching up fast with 10.3 and 9.8 million respectively as well. It’s a good time to be a Capcom fan, but facing facts, it’s a pretty damn good time to be Capcom. Interestingly, these records also show that about 50% of the profits of Capcom’s first quarter this year were made on PC. That’s extremely impressive considering how console had clearly been Capcom’s main focus until recently, with many titles from their back catalog never making it to PC (such as Resident Evil – Code: Veronica).

Along with all this, Capcom also announced that they currently have no plans to join the AAA plot of arbitrarily raising game prices from $59.99 to $69.99. During an investors Q&A report from the other day, Capcom clarified:

“We have no specific plans to do so at this time. We are engaged in strategic pricing, including carrying out discount sales, with an emphasis placed on how far we can maximize sales volume for a given title in the five to ten years following its release.”

This is great news as both a Capcom fan and as someone that thinks the added $10 is bullshit. Of course, this is subject to change and if everyone buys into the idea it will probably become an industry standard and thus inescapable. Capcom focusing sales purely on maximizing catalog sales is extremely interesting, especially considering how well it’s worked out for Resident Evil 7. At the time, it was announced that Resident Evil 7 was expected to hit 10 million within a 10-year ‘lifetime’… and now it’s already broken that record in half the time and without being ported (there has since been a current-gen port, of course).

I’m curious to see what’s expected for Resident Evil 4 (2023) when it releases next year, as the dip from Resident Evil 2 Remake‘s impressive 9.8 million to Resident Evil 3 (2020)’s 5.4 is quite dramatic — but RE4 carries a lot of weight behind it in comparison. For now, it’s an opportunity for all the hard work behind these titles to be celebrated over at Capcom headquarters, and a hearty cheer, at least from this reporter, that they’re sticking to traditional games pricing.