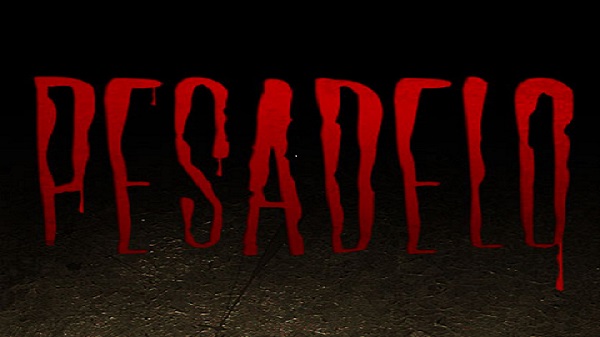 So this little Brazilian-made game snuck up on me from the shadows. Pesadelo came out back in April 2013 and a few of our readers have recommended it to us. This version of Pesadelo has a small English voice over in the beginning, English subtitles, and is much shorter than the Brazilian version. I’ll be checking that out next!

First off, while it’s cool that they had a native Brazilian to do the English voice over, the acting quality is pretty poor. You can tell that the actor is struggling with the language and the inflections sound slightly bizarre. The monologue itself is fairly plain, and doesn’t do much to set the scene. When the voice fades out, the opening credits begin. You hear heavy breathing and have a first-person view of someone running by the credits. Here’s a screenshot, though it’s a little hard to visualize it without the movement: 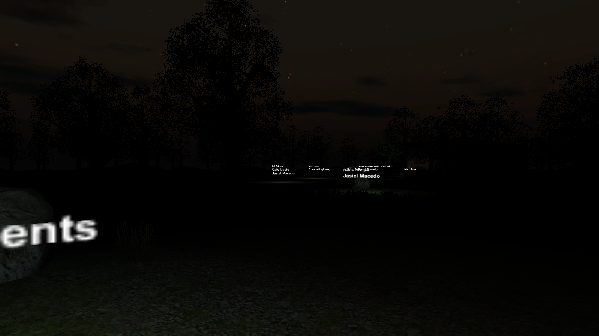 Cool stuff. After this short cutscene, the game begins. The gameplay is similar to Slender in that your character, Alex, is dropped off in area and has to find keys and other small items to progress. You’re trapped in a (very) small industrial location where it’s pitch black and keys are strewn about, as if somebody became a pissy whirlwind of keys and just started chucking them around in kind-of sort-of hidden places.

Pesadelo was created in the Unity engine and has a budget look to it, but the lighting is serviceable. You soon find a flashlight and, as per Survival Horror rules, it’s pretty ineffective. If you’ve played an indie horror game on PC, you know the drill here. There are a couple of puzzles, though they require almost nothing from the player besides remembering a couple of numbers. 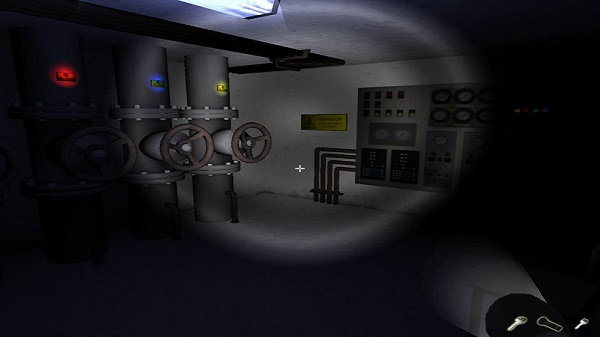 But guess what! There is a Big Scary Monster chasing after you. I think it is attracted to sexy sexy eyeballs, because if you look at it, it is suddenly even more aware and offended by your presence. Does any of this sound familiar? There are a couple of RAWR jump scares, but nothing you haven’t seen before. Once you get through the main door that’s blocking you, weirdly eager to see what other clichés you’ll encounter, you get smacked in the face with the ending credits. It’s weirdly abrupt.

From what I’ve read, the Brazilian version is more robust and continues past that wretchedly anticlimactic door. I’ll try my dangedest to go into that version without judgment, but if the rest of the game is similar to this I’m not too enthusiastic. Loud noises are always startling, and Pesadelo relies heavily on these bangs and crashes. It never instills underlying dread and feels cheap. The most accurate way I can describe the game is this: it looks and feels like it’s designed for Let’s Players to yelp a couple times and be silly and then never open it up again.

Oh yeah, and I never showed the monster because I’m pretty sure that’s the only intrigue to be found here. (Alternatively, you could, just, you know…Google it). If you want to give it a try, it’s here at IndieDB.