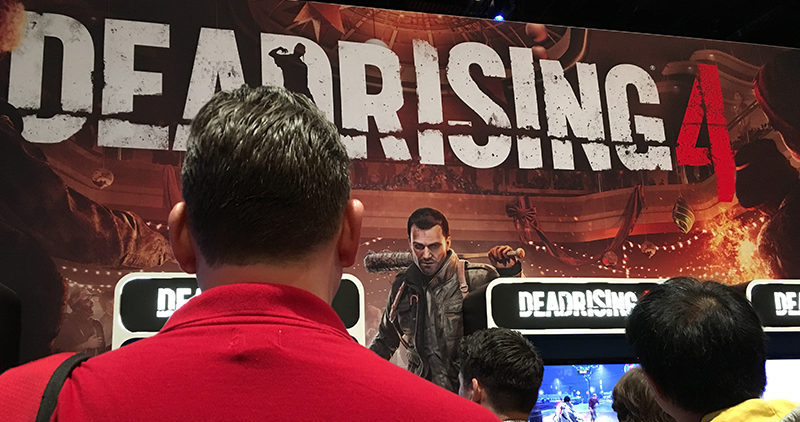 At E3, one of the first demo experiences I had during that frantic week was a ten minute romp through Dead Rising 4 on the Xbox One. Frank West is back over a decade after his career defining and life-altering journey in the original Dead Rising, and this time he’s more wild and more handsome. While story details are scant, Mr. West has returned to Willamette during a zombie filled holiday season, and this time he’ll be exploring the entire town versus just the mall. No longer using a conventional camera, Frank has evolved side-by-side with our culture’s grasp on technology. Now using a smartphone, Frank is active on social media within the universe and even opts to take selfies in the series’ famous photo mode. While DR3 had its moments of silliness, it took a much more stoic tone than its predecessors. DR4 returns to form with a bunch of wacky weapons, vehicles, and even time limited power-armor that allows Frank to punch cars and rip parking meters straight from the ground. By the end of the demo, I was rewarded with an electric go-kart that sent out shockwaves and levitated enemies. 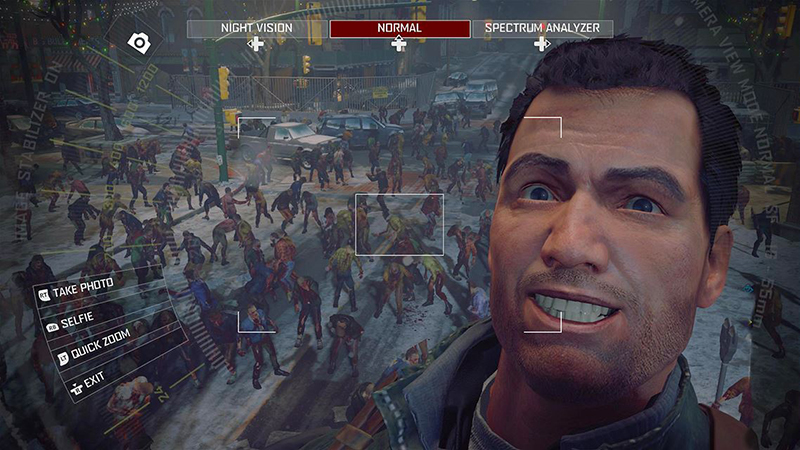 The combat has been streamlined to a very simple control scheme that removes the need to juggle an inventory full of different weapons and food. While you can still stock multiple tools of zombie destruction, your three types of weaponry are relegated to three buttons: Melee, Ranged, and Throwable. Pressing one of those three buttons use the currently selected weapon for that category and while lacking the flow of something like Dynasty Warriors, you can switch between the three types effortlessly without seeing a menu. Even weapon crafting can be done on the fly as you can find combo weapons in the wild as along as you’ve already discovered the recipe. Hitting specific combo numbers while killing the undead allow the use of special moves that do major damage with different animations depending on what you have equipped or what you’re riding.

Along with the main change to the combat system, healing has become an simpler affair as well. Instead of manually having to pick out your recovery options, any health items discovered will be automatically added to a stock of pips below your life bar and Frank will heal himself automatically at low thresholds. Since it’s not as drastic a change as Resident Evil 6′s reductive approach to healing, this small convenience shift is personally welcomed.

Speaking to the devs from Capcom Vancouver, they’ve revealed they pretty much started working on the game immediately after DR3 and have been listening to feedback on the third entries’ criticisms and praises. At least on the surface level, Frank’s main “intelligent” enemy will be a militaristic force (hence the abundance of power armor) in this game with powered-up officers versus the panned assortment of “Psychopaths” the prior game used. Following the shift in DR3, the game no longer has the overall time limit (duly noted semantics on DR3’s mechanics) to concern yourself with and the developers have prioritized a focus on multiplayer. Saving civilians and completing certain missions will still have soft timers, but the focus seems more geared towards reckless fun versus a looming sense of dread as the days ended in the first two games. One major flaw that’s probably being addressed in some capacity is a erratic framerate when zombies flood the screen, a returning problem from the Xbox One version of DR3. While 30 FPS is the goal, the game drops noticeably below that when you’re trying to bash your way through seas of infected. One can assume this problem is slightly mitigated on the PC version. 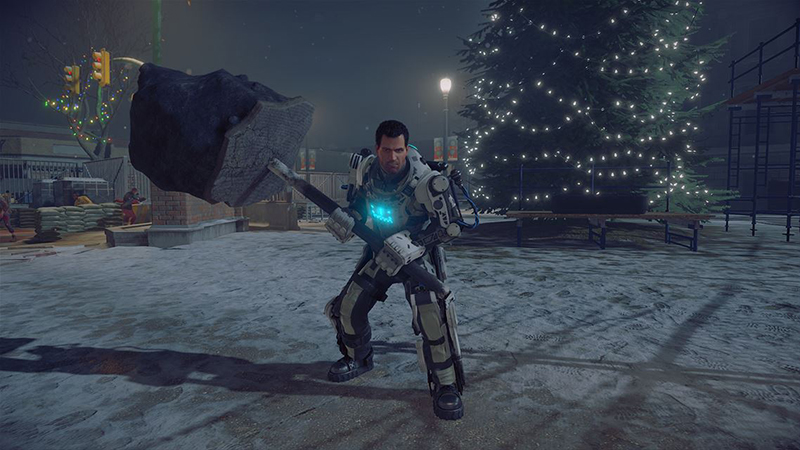 Overall, it’s been long enough since the last entry and spinoff that I’m ready for more. Frank’s hashtag filled holiday comes out worldwide on December 6th on the Xbox One and Windows 10. After 90 days of exclusivity on Windows 10, DR4 can bought on the Windows Store for all PCs, and the game has a guaranteed year of console exclusivity.