Inside the Indie Studio, with Matt Gilgenbach 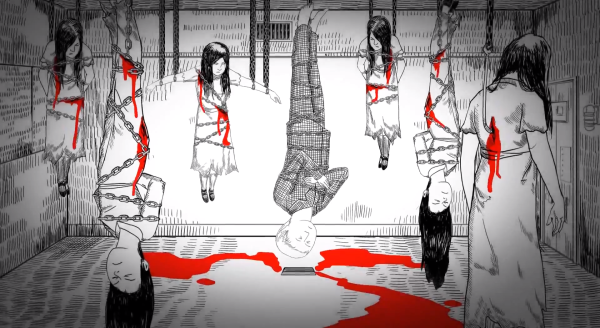 While the horror genre may no longer be a thriving one when it comes to AAA development, the indie scene the world over has embraced it. In Inside the Indie Studio, I will be reaching out to and speaking with various indie game developers about their survival horror game projects. Asking them what it is that drives them towards the genre, and what their hopes, aspirations, and goals for their games are. This time Matt Gilgenbach, Creative Director over at Infinitap Games’  was gracious enough to speak with us about his new game Neverending Nightmares. A 2D psychological horror game that’s also a semi-autobiographical tale of Matt’s own struggles with mental illness.

Neverending Nightmares is of course a very personal project for you for a variety of reasons. For those people that may not be that familiar with the project or yourself, could you go into a bit of the back story as to how the concept of the game came about?

I designed the game Retro/Grade, which while it achieved critical success, was extremely financially unsuccessful. It was really difficult emotionally and sent me into depression. When thinking about what game to do next, I thought about how I could channel my experiences with depression and OCD into a game. The result was Neverending Nightmares!

It’s been noted that a lot of the frightening imagery is inspired by things you’ve seen or experienced first hand through your struggles with obsessive-compulsive disorder and depression. What is it like revisiting these personal experiences and retelling them in an interactive format? Is it therapeutic at all or more mentally draining revisiting these presumably undesirable experiences?

It’s actually been quite therapeutic. I didn’t expect that to be the case, but creating these horrific visions as part of the game has felt like a great weight has been lifted off my shoulders. 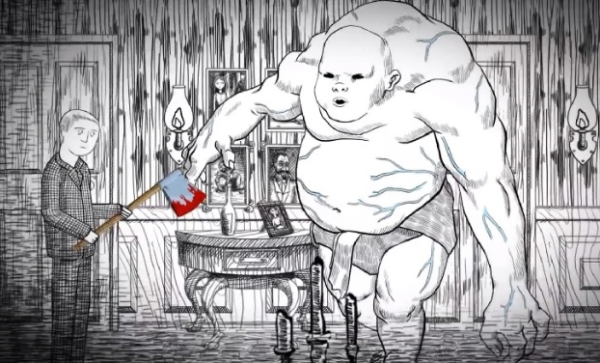 You’ve mentioned that the biggest influence on the game is Konami’s Silent Hill 2, a game that featured a lot of horrific imagery that was always in service of the story. Environmental storytelling like this is surely a difficult thing to pull off, especially for a horror game. Do you feel that your past struggles and experiences with mental illness actually gives you somewhat of an edge as to how to go about telling a story through the visuals?

I have a wealth of horrific images to draw on and many dark experiences to tap into, so I do think that it gives me an edge as a horror game designer.

The other apparent influence for the game is the artwork of Edward Gorey. Are you particularly a big fan of his work or did it match the theme of the game?

Both! I had his popup book The Dwindling Party as a child, and it horrified and fascinated me. The art style was a great fit for what we want accomplish, especially because lighting is so important in our game. 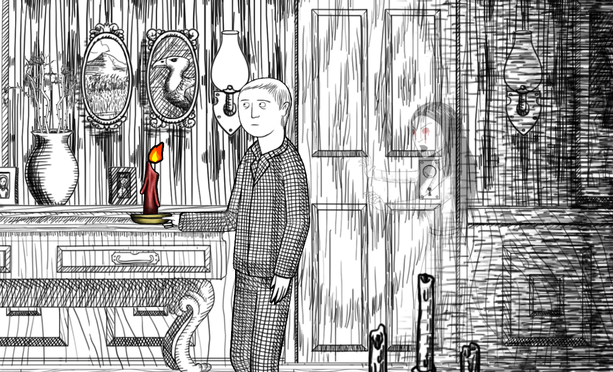 Best case scenario: the Kickstarter goal is met, the game comes out on PC and is a big success. Would you be interested at all in releasing the game on other platforms like say the Playstation 4 or Xbox One? (There are a lot of console gamers that would love to experience the game as well)

We’d definitely be interested. We are supporting the Ouya off the bat because of its ease of development and the generous Free the Games Fund support. However, I’d love to bring the game to every platform. It really comes down to whether it makes sense from a business perspective. Consoles can be expensive to develop for, so I’d like to wait and see how the game sells before I port it.

Worst case scenario: the Kickstarter fails to meet its goal, what then? Will you try to raise money again or pursue different methods to finance development?

Because we are running low on funds, this kickstarter is our last ditch effort at making the project. I’m not quite sure what I’ll do if we don’t meet our goal. I’m trying to not think about it and focus on spreading the word about the kickstarter!

There’s of course a demo available for people to help get a feel of the game. Has the feedback from the demo been positive?

Yes. It has been even better than I hoped for! When I look at the demo, all I see are the things that need to be fixed. Because of this, I wasn’t really sure that it would paint a good picture of what we planned to do. I think we succeeded at that because the demo seems to really resonate with people.

I ask all of the indie developers that join us on this column what their thoughts are on the current state of the horror in the gaming industry. Trailblazers like Resident Evil have almost completely removed themselves from the genre in favour of an emphasis on action. Do you feel that through things like Kickstarter and indie development in general that the genre can be revitalized and flourish just as it did in the late 90’s and early 2000’s?

I am disappointed with the state of horror games! I do agree that AAA games have moved away from horror, which is quite unfortunate. However, I think you’re right that kickstarter and indie development are really revitalizing the genre. I really hope Neverending Nightmares can be a part of that!

If you are interested in Neverending Nightmares, please check us out on kickstarter. We only have 26 hours left! 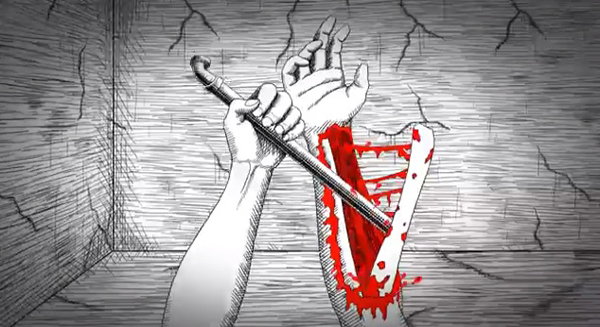 Many thanks to Matt for doing the interview with us, Neverending Nightmares is one of the most interesting crowd sourced projects out there. At the time of this interview being posted, there’s only 26 hours left on the Neverending Nightmares Kickstarter. So if you’d like to support the project, please do it soon! The official Kickstarter page is available right here.