How F.E.A.R. Taught Me to Embrace its Namesake - Rely on Horror

How F.E.A.R. Taught Me to Embrace its Namesake 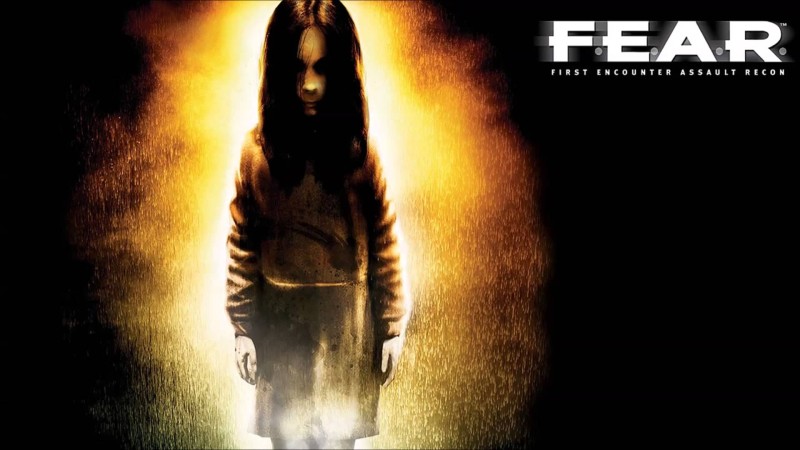 I’ve always loved horror games, I haven’t always loved playing them. It’s much easier to watch someone play a scary game than to actually play it yourself. I’m a wimp, and I have no shame in admitting that. F.E.A.R. is the first horror game I’ve beaten “cover to cover”, and it will always loom large in my heart. The game turned 10 this past weekend, and I wanted to share why it means so much to me. Please oblige me while I wax nostalgic.

F.E.A.R. sparked my insatiable thirst for horror games, much like I imagine the first taste of blood invokes the thirst for a vampire. I’m always waiting impatiently for my next foray into the genre. Let me back up, it took me YEARS to beat F.E.A.R. For most of its life, the game gathered dust, forever sealed inside its translucent-green sarcophagus. I loathed the game. I loathed it, because I was too afraid to play it. I probably tried the game from the start about eight times before actually finishing it. It was a badge of dishonor among my shelf of standard-fare military shooters, a physical manifestation of my own personal fear. 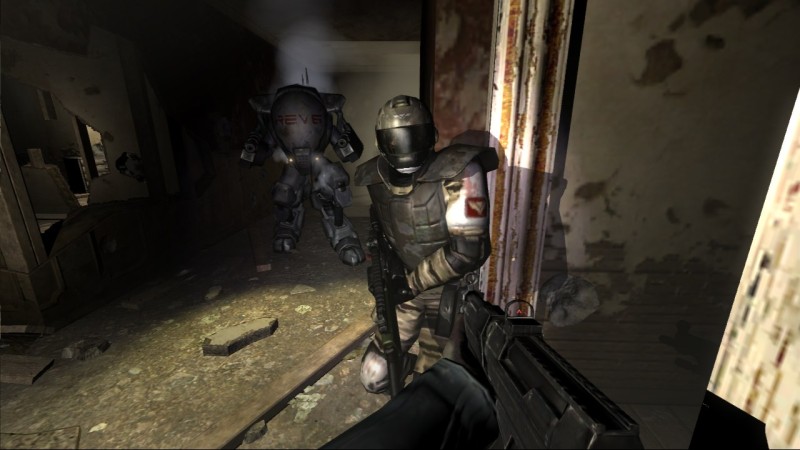 I couldn’t tell you what made me buy the game, I knew I would never play it. I was bad at survival horror games. It was an even balance of the inability to conserve ammo and health, and the susceptibility I had to being scared shitless. Fine, it was mostly the latter that kept me from playing horror games, and I loathed it.

I would always get to the same part before deciding to shut it off and turn my attention to the latest Call of Duty. There is a scene in which you are climbing down a ladder, the camera looks down and back, and the creepiest girl you’ve ever seen (Alma) is staring back at you. NOPE. DONE. Better put the game down for the next 6-9 months. Wimp.

It would be about four years until I actually beat the damn game, and I’m so glad I did. F.E.A.R. taught me how to play horror games, and that is by embracing its namesake: fear. Also, to slow the hell down. I never thought I’d reference a Ferris Bueller quote when talking about F.E.A.R., but if you don’t stop to take a look around while playing a survival-horror game, you’re going to miss things, like the killer ambiance that only a game in that genre can produce. The flickering fluorescent lights and the spine-tingling background noises stick with me to this day.

When I finally beat F.E.A.R., I had done so in just a few days. I remember playing in my college dorm, screaming uncontrollably whenever something would jump out at me,  making my roommate jump out of shock of me screaming. Sorry about that, Austin. The game had finally clicked with me. Gone was the misunderstanding of ammo conservation and health packs, here was the new-found anticipation of my next ghostly encounter. I spent that weekend playing through the two expansion packs, and ordering a used copy of F.E.A.R. 2: Project Origin off of Amazon. 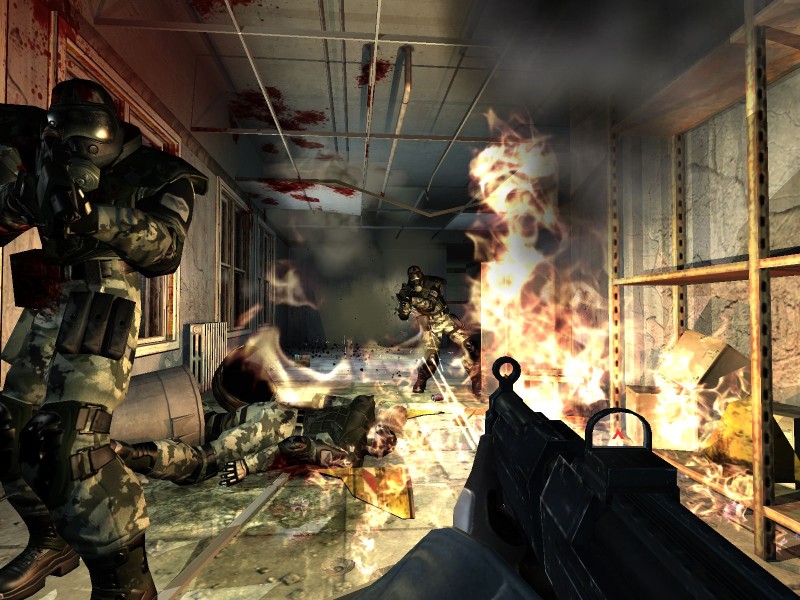 I spent the next month playing through the remaining games in the franchise including the lackluster F.E.A.R. 3, and then moved onto Monolith’s other horror franchise, Condemned, another top-tier survival horror series. Unfortunately, First Encounter Assault Recon hasn’t aged terribly well. The controls are a little clunky and the visuals are dated, but it’s a blast to experience it, if only to get to F.E.A.R. 2.

You’re probably wondering at this point what it is I’m trying to say, and that is to get outside your comfort zone. Go play that game in that genre that you’ve never really gotten into, you might just fall in love with it. I still haven’t played through a proper JRPG, but who knows where I’ll be four years from now? Oh, and happy birthday F.E.A.R.!