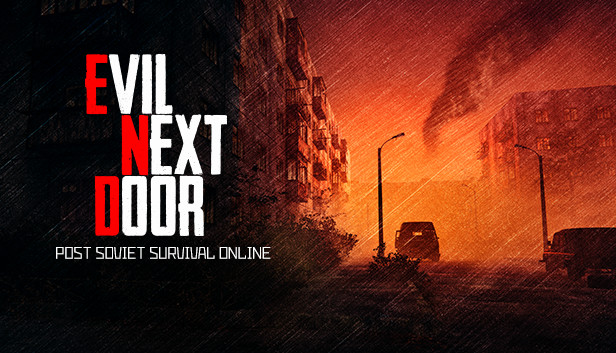 Indie developer Ensk Studio has just announced Evil Next Door, a new first-person survival game for PC centered around a group of civilians in a small post-Soviet town named Ensk who are cut off from the outside world due to the outbreak of a deadly disease.

In the game, the player can switch between several characters, gather food and fuel, and defend themself from marauders to make sure the group survives and hopefully escape Ensk. You can also meet other players online, intervene in their activities, or even invite them to take cover in the player’s shelter.

In a press release sent out today, the team elaborated on the game’s setting:

Ensk is a small town that became the center of a mysterious epidemic that turned people into bloodthirsty lunatics. While scientists look for the cure, the government is enforcing the strictest quarantine possible. All roads were blocked and soldiers got the order to shoot on sight at anybody trying to leave Ensk. But life is still going on inside the quarantine perimeter, in the world of gloomy paneled houses, rusty old cars, and the broken asphalt. Those who avoided infection stick together, take cover behind the steel doors of their apartments, and sometimes dare to go out looking for supplies. The food and fuel reserves in the town are limited, and winter is coming to Ensk soon. While exploring the town, survivors remember one simple rule: viruses are not the only thing that turns neighbors into monsters.

Evil Next Door is a story about civilians that one day wake up and realize that they are now trapped in hell. The player determines how to use the strengths of each character on the team to get everyone to last at least one more day in Ensk. This won’t be easy, especially because character deaths in the game are permanent.

Regarding the nature of the characters, the game’s director, Jigsaw, said:

Most survival games are about action heroes as this approach allows us to feel stronger than we really are. But this power fantasy of playing as Bear Grylls, Rambo, or Ed Stafford is quite artificial and lacks the real emotional journey of a survivor. It’s much more interesting and authentic to follow a story of someone like Juliane Koepcke who has no superpowers or bushcraft skills.

In our case, we chose an urban setting, as it’s even closer to what people know and understand. It’s quite easy and thrilling to immerse yourself in a story about common folk that live peacefully in a rural town until one day their world is crushed cruelly and instantly by an external force like a natural disaster, a war, or an epidemic. It’s something that we’re afraid of in real life.

Our characters are someone you understand in a situation that you can easily imagine, so you will be able to make decisions based on your own knowledge, common sense, and moral compass. That will make our game a great generator of really emotional and convincing stories.

Evil Next Door is currently available to wishlist on Steam. More info is also available on the game’s official website here.

Don’t forget to check the Official announcement Trailer below. 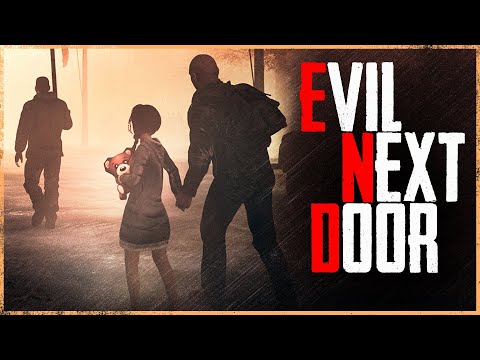