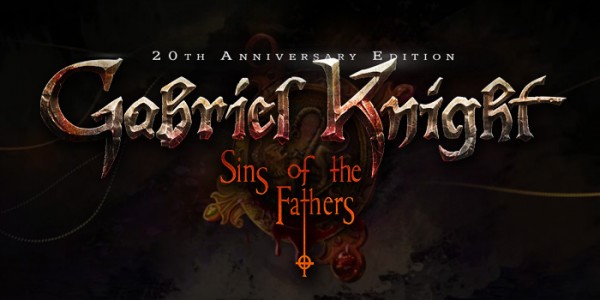 Gabriel Knight is a trilogy of Sierra point & click adventure games that started in 1993 and concluded in 1999 with the release of Gabriel Knight 3: Blood of the Sacred, Blood of the Damned for Windows. They were high-profile games created by Jane Jensen (Police Quest III, King’s Quest VI and Ecoquest) and a fourth entry was rumored to be in production for a long time. I got to preview the first chapter of the first game’s 20th anniversary edition, which is inbound for a release on GOG and Steam this October.

The story follows the titular Gabriel Knight, an obscure author who also runs a bookstore in New Orleans with his assistant Grace. Neither the store nor Gabriel’s books are working out for him, but he has a new story in production, which will focus on voodoo. This comes at a time in which New Orleans is plagued by a series of “voodoo murders” that leave the police clueless, so Gabriel and Grace are sucked into the case. 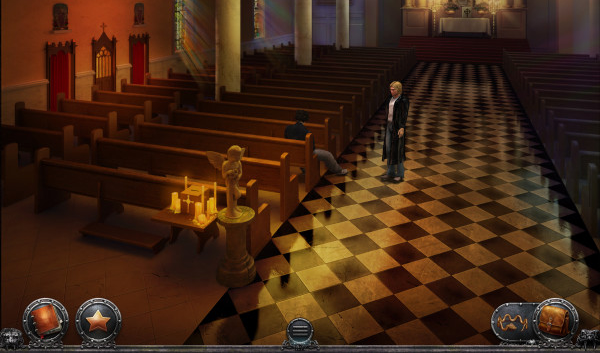 Before I continue, I should disclose that I have never played a game in the Gabriel Knight franchise. I do find it entertaining to follow Let’s Plays of similarly-styled games and Sierra classics, but I never before had a chance to try one myself, with the possible exception of Waxworks. I therefore won’t be speaking for long-time fans of the series or genre, who will probably already have a pretty solid idea of whether or not this anniversary edition is their cup of tea or not.

Activities for the day I played through involved discovering a new murder had occurred, but I wasn’t given the exact location. I had to find a way to discover where it happened and then research the scene for interesting clues. Right after you finished the opening dialogue, you will notice that there is a ton of stuff to click on and a lot of it is just there for Gabriel or the narrator to comment on for comedic purposes or to explain us more about what kind of person Gabriel is. Some items can also be picked up and carried around in the inventory and this is where I got kind of scared, since there is no real way to know what will be important. Some items like a flashlight and tweezers seemed useful and it was only natural to take them with me, but by the end of the preview version I also found myself carrying a lump of clay, a black t-shirt and some hair gel around. This instantly made me think “well, what if I ran into a puzzle where this stuff would be useful? How would I look at the problem and realize I had to go back to Gabriel’s bed room and pick up some gel?” 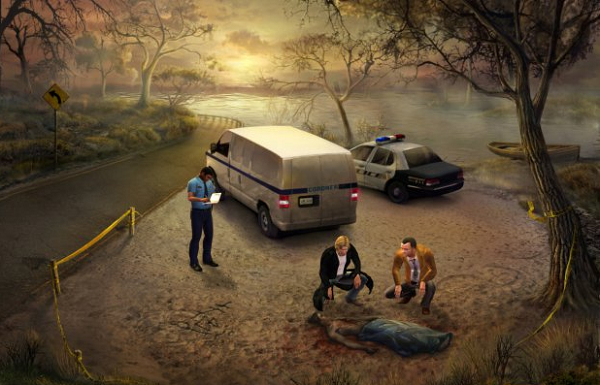 Once I realized this was a thing, I found myself getting paranoid and clicking on literally everything in an area to check if it was a puzzle item or not. This wasn’t really fun and nearing the end I still ran into an issue where a hint told me I needed a magnifying glass, which wasn’t in my possession. This meant I had to backtrack to all the areas again and double-check a second time, only to realize it was in a cupboard at the very start of the game.

Once I had all the pieces for a puzzle, I found that they were a lot more fun than I expected. Hunting for clues at the crime scene and finding the location where the murder happened were the biggest obstacles during the first chapter, both of which involved some interesting mechanics. To find the spot, I had to interact with non-player characters in a weird, unexpected way and during the search for clues a window popped up that allowed me to scan the area close-up and see the patterns in the sand better. In short, they are more than just simple item-puzzles.

The included journal also helped me figure out what exactly Gabriel wanted me to do, even though it still left me clueless from time to time. It’s a non-intrusive way to help players out of otherwise vague situations and a hints system is in place that helps out even further. There is also an inventory screen, which aside from needing some tooltips works quite well too. 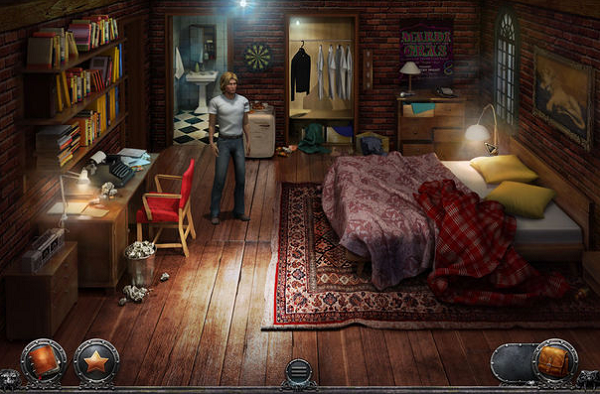 Gabriel Knight: Sins of The Father 20th Anniversary Edition does an amazing job at upgrading the visuals, which is especially notable if you put scenes back to back. Twenty years has done a lot for the graphical power of computers and while Sins of the Father isn’t the most beautiful game on the market, it still looks pretty with a lot of details and fluid animations worked in. In its current state I noticed a lot of glitches, however, which mostly involved characters phasing through obstacles or their clothes looking wrong. The voice-acting also varies in quality, sometimes from line to line, but the narrator in particular drives me insane with her annoying voice and delivery. Mix that in with some of Gabriel’s lesser moments and you have a pretty good excuse to mute the game while playing.

Suffice it to say, my time with Gabriel Knight left me feeling lukewarm. I can see a lot of potential in the story and the puzzles are fun, but the idea of of frantically searching every area for obscure items I may one day need scares me off. The game looks pretty and fluid, but the glitches and voice-acting are much less charming. I myself won’t be looking further into the franchise, but if classic point & click adventure games ever interested you, then this is as good chance to give one a shot.