It’s been a little while, but reHorror is back. This time I’ll be tackling Resident Evil: Damnation’s official trailer which finally (finally!) made its debut at San Diego Comic-Con.

It’s not the longest of trailers, but it does offer an exciting look at the film, one that also raises a good amount of questions. Questions I’ll be covering here, offering my own theories as to what I think is going to go down in the upcoming film. Direct prequel to Resident Evil 6? Ada working with the BSAA? Is that Ark Thompson?! And…Ashley? Time to speculate.

Ada, why you B SAAssy? 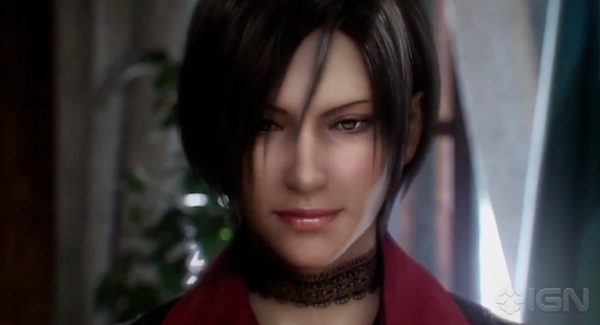 Speaking of Ada Wong, let’s start off with the woman in…a black business suit. Well, at least she’s wearing red underneath. In the trailer she states that she’s been sent by the BSAA. Wait, what?

Knowing Ms. Wong, she probably has some hidden motives for working with the BSAA. Or maybe she is in fact looking to prevent whatever virus has leaked from spreading too far. I’m quite sure this is the real Ada we’re dealing with here, too. And I strongly believe we’ll get a glimpse of her “clone” at the end of the film, maybe as an after-credits scene leading directly to Resident Evil 6 and its two Adas.

Working with the BSAA in the events of this film, Ada could gain the trust of the faction, meaning she’ll also gain Chris’s trust. This most likely paves the way for the surprise attack on Chris’s team in Resident Evil 6, where the other Ada is able to get close to them, seemingly working with them initially, so that she can lock them up in a cell and turn them into BOWs by throwing a C-Virus-filled needle grenade at them. This leads to Chris’s loss of hope, seeing all his men mutate right before his eyes. It also leads to his hatred for Ada. Poor Leon… 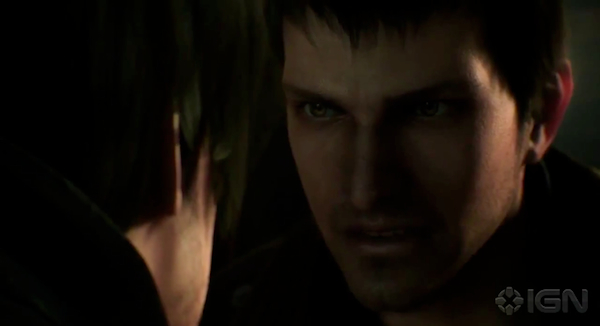 Well would you look at that. It looks like Capcom has actually brought back Ark Thompson, of Resident Evil Survivor fame. In Survivor, Ark was asked to head out to Sheena Island by his buddy Leon to investigate Umbrella and their plans. Being the good agent that he is, he took the request of his friend and set off to the island. But then amnesia.

I absolutely loved Survivor. It’s not on my list of my top favorite games in the series, but it’s still quite special to me. I didn’t think I would enjoy the transition from a third-person perspective to a first-person one, but I really did, leading to my love for the Chronicles titles. I remember being glued to my TV the day I got the game, beating it in one sitting. Well, it’s not like you could actually save your progress in the game anyway…but that’s another story!  I’m glad to see that Capcom hasn’t forgotten about this entry in the series, if this really is Ark, of course (I’m willing to bet money it is).

So what could Ark’s role in Damnation possibly be? He’s going to be teamed up with Leon, so it’ll be nice to see how the two cooperate. There already seems to be some tension brewing, though, with Leon telling Ark to stop messing around with “that thing” before he gets them all killed. What could “that thing” be? This could be a big stretch, but Ark might possibly be protecting a BOW. A former loved one? If it is a BOW then Leon’s attitude towards Ark messing with it makes perfect sense. Hell, it could attract even more BOWs! 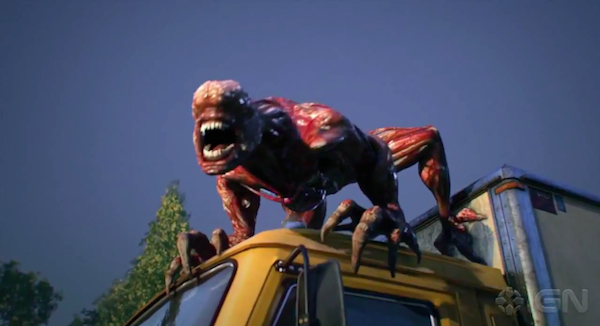 Lick me. The film is definitely going to have a high number of Lickers, that’s for sure. This was evident even with the teaser trailer from a while back. The official trailer further confirms this. When all’s said and done, Damnation might have the most Lickers in the entire franchise. They’re so cute.

This particular scene pictured above reminds me a lot of the Terragrigia Panic from Resident Evil Revelations. Only it’s Lickers instead of Hunters. It’s funny because as far as enemies go, the Lickers are more prominent in the trailer than the zombies.We also see a capsule towards the end of the trailer (pictured below), opening up to reveal what will most likely be a Tyrant-like BOW. 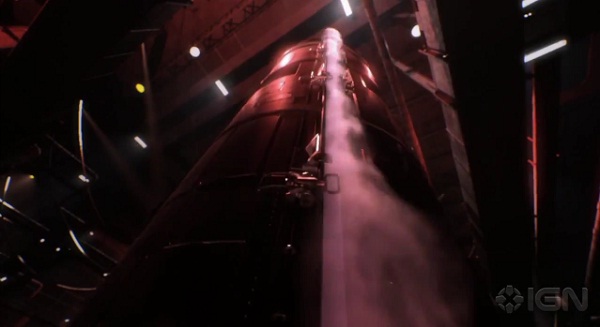 Maybe this is the “thing” Ark has been messing around with. At one point in the trailer we do see him looking up at something, which could be this capsule as it’s opening. Whatever it is, it’s going to be quite a big foe. 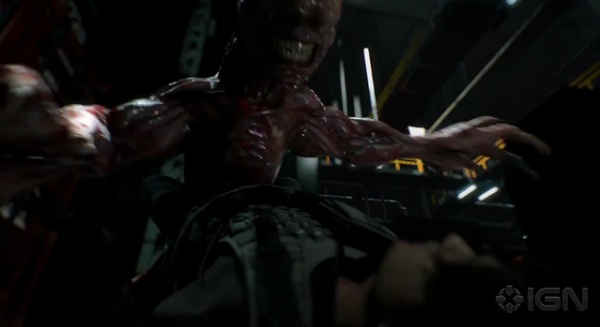 Here’s the big one: Is that Ashley’s voice heard at the end of the trailer? It sure does sound like it, and we all know how much she loves saying Leon’s name (and screaming “help”). But what could her role be in the film?

Oh, and that’s not Ashely pictured above, that’s just the scene that was shown close to when Ashley yells out Leon’s name. But just look at that Licker, he’s so happy…I wonder what he’s about to do to poor Leon. But anyways, back to Ashley. I’m quite eager to see what type of role she’ll play in the film, if that really is her. But come on, it sounds exactly like her! My theory regarding her inclusion is that she’s at the wrong place at the wrong time basically.

UPDATE: As one of our readers, Shinobi Sharks, pointed out, the voice we hear at the end of the trailer isn’t Ashley’s. Having attended the Resident Evil: Damnation panel at Comic-Con, and being fortunate enough to see the opening of the film, Shinobi Sharks has confirmed that the voice is actually Hunnigan’s. So much for Ashley! 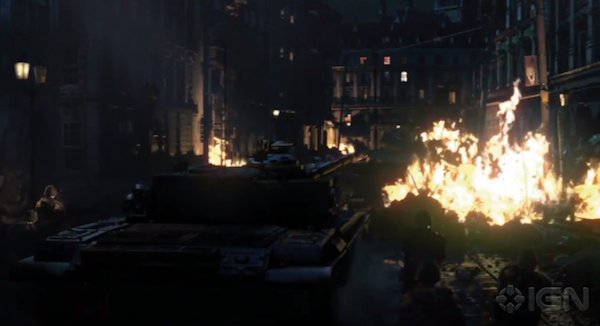 Here’s where the film has strong ties to Resident Evil 6: the setting. The film will take place in the war-torn Eastern European nation of Edonia, where Jake lives and is a mercenary for La Vita Nuova. Edonia will serve as one of RE6’s main settings, especially for Jake and Sherry. But in Damnation we’ll actually be seeing the BOW-powered war that leads to the nation’s current state in the upcoming sequel.

In the end, I wouldn’t be surprised to see an epilogue setting up the events of Resident Evil 6, as far as Edonia goes. So we could see Chris and his team arriving at Edonia, as they’re about to face the horrible fate that awaits them: their introduction to the C-Virus. And like I stated before, I also think we’ll get to see a little of what’s in store for Ada in the future (Resident Evil 6) with a possible look at her “clone” being brought into Neo-Umbrella. Hell, it would also be quite awesome to see Jake make a cameo of some sort since he is an active mercenary in Edonia. But we’ll just have to wait and see!

So there you have it. Those are my theories for Resident Evil: Damnation. Feel free to share your own in the comments section below!

Looking ahead, I’m going to try my best to keep reHorror at its normal weekly basis, but things have been pretty tough lately, leading to the long delay. Apologies for that, and hopefully next week you’ll all be able to enjoy the next installment of reHorror, titled: “R.I.P. Chris Redfield.” Yeah, I’m going there!