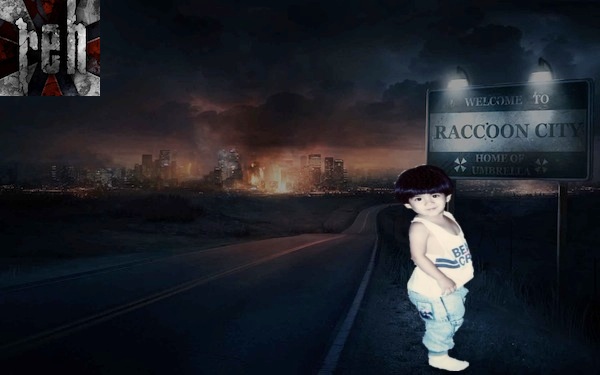 There are certain environments and settings in video games that just stick with us, staying indefinitely in our minds for the years that follow. The atmosphere brought about by these memorable and eerie settings helps to keep them implanted in our minds regardless of what other games we go on to play. And in the world of survival horror, atmosphere is key.

Talk to any Silent Hill fan, and they’ll undoubtedly tell you that the titular town is not only a big part of that series, but also of their lives. It becomes more than just polygons and pre-rendered backgrounds surrounding the players– it becomes  a real place, somewhere we can escape to and get totally lost in. The same can be said for Resident Evil, only not to as great an extent since unlike Silent Hill, RE continues to shift settings with its main installments after its once-main setting went boom. But us RE fans can all agree that Raccoon City is a big part of our lives– and personally speaking, it’s a big part of my upbringing.

For many, the early years consisted of stomping on goombas and getting “high” off ‘shrooms in the Mushroom Kingdom as one particular plumber. Nintendo is often synonymous with many gamers’ upbringings. But for me, things were a bit different. I actually started my gaming life proper during the PlayStation era– and then went on to experience the NES and other classic 8-bit/16-bit systems passed down to me by family members. And then Resident Evil came along and changed everything. 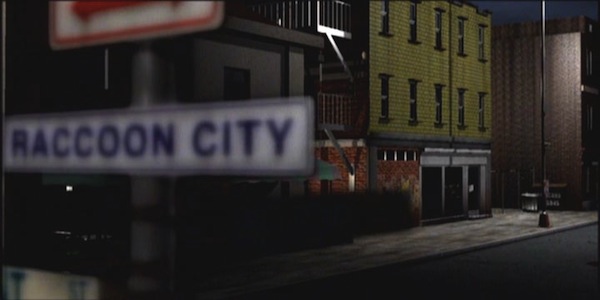 First and foremost, I must confess: I didn’t start with the original game. My first experience with this series was with the release of Resident Evil 2. So yeah, my first taste of the series pit me right in the hell on Earth known as Raccoon City, to a limited degree. Granted, it wasn’t until Resident Evil 3 saw release that players were able to more freely explore the city and its many locales, but still, RE 2 gave us a slice of the city and filled it with memorable characters and creatures, resulting in one of the finest survival horror adventures.

I remember all of the sleepless nights I had with Resident Evil 2. At the time, the game did scare the hell out of me and had me at the edge of my seat all the way up to the credits– that part where the zombies’ arms burst through the wall still gets me to this day! And in case you were wondering, I spent most of my time playing Leon’s A scenario. I loved every moment of it, from the beginning where you had zombies littering the blood-splattered streets of Raccoon City to the epic final encounter with the man behind the G-Virus.

While not being able to explore the city as much as in Resident Evil 3, we still got to venture through a handful of great locales. The majority of the player’s time was spent in the police station, which definitely served as a superb environmental successor to the classic mansion. Eventually you made your way through the city’s sewer system and ultimately ended up in an Umbrella laboratory.  Already we saw Capcom upping the ante in terms of scope here, the original game kept things confined to the atmospheric mansion, while Resident Evil 2 gave us an even greater dose of variety with more than one setting. Then Resident Evil 3 came and opened the city even more– and also pit us in there with Jill’s number one fan, Nemesis. 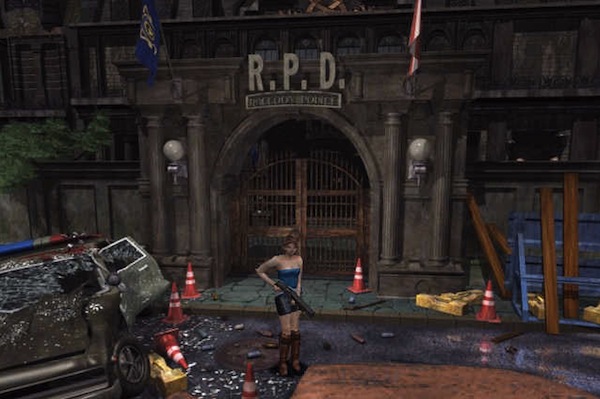 Resident Evil 3 saw the return of Jill Valentine, taking her out of the mansion and dropping her into the streets of Raccoon City. At the time of the game’s release I still didn’t get around to playing the original, so this was my first go as the Master of Unlocking. I still remember going to Toys R’ Us on the game’s launch day and picking up my copy– yes, my parents were totally fine with me playing M-rated titles at a young age. After hours upon hours of playing through Resident Evil 2, and seeing all it had to offer, I was more than ready for its sequel.

When it comes to the series’ past, Raccoon City is an iconic element in and of itself, and it was in Resident Evil 3 that we got to explore it in all its glory (the Outbreak titles also gave players the chance to explore other areas of the city, but for this feature we’re just focusing on the two classic games)–despite not being a free-roaming open-world title. We got to explore the police department once again as well as a wealth of new locales like a dead factory, power plant and hospital. Of course, all these locales were filled with the undead, as well as other bio-organic creatures, with the most notable foe in the game being Nemesis. I would be enjoying my tour through the city, taking down zombies and other BOWs until Nemesis comes out of nowhere wielding his trusty rocket launcher. Shit got serious, and I, being younger, definitely got frightened.

While many consider Resident Evil 2 to be the best of the classic trilogy, RE 3 still holds significant importance– it was the last main numbered entry to be set in the iconic city. Sure, we had a couple of Outbreak titles that were ahead of its time (and are in desperate need of HD remasters) and offered a co-op experience in the classic setting, but the main entries that followed the threequel all took things to brand new places. Resident Evil 4 saw Leon explore a rural village (amongst other areas) in Europe, while Resident Evil 5 put players in the shoes of Chris once again as he took on the evils of bio-terrorism in Africa. While all these other settings did their job in being superb backdrops to all the action, there’s just no replacing Raccoon City. Which brings us to the reason why I’m here doing all this reminiscing… 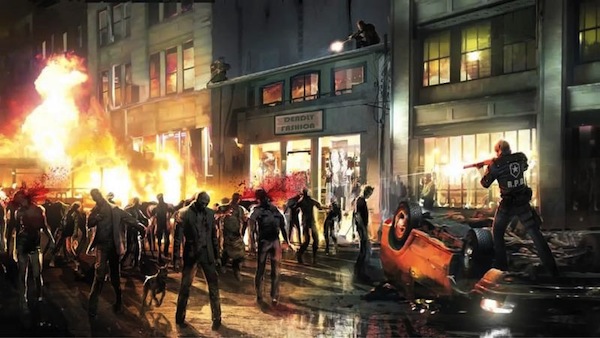 Resident Evil: Operation Raccoon City will be released in just a few day’s time (on March 20) in North America, and it brings with it a grand homecoming for fans. If only everyone were to gladly accept the game, though… Yes, it’s a squad-based shooter and set to be an even more action-oriented experience than RE 5 was. And yes, it’s largely focused on cooperative play as players can take on the role of USS operatives (each with their own unique ability) as they’re pit in a three-way war going on in the city (between themselves, the Spec-Ops soldiers, and BOWs), but ORC also brings back a host of classic elements.

Yeah, I’m as excited as the next person about zombies making a return, and I’m beyond ecstatic about facing off against classic baddies like Nemesis and Birkin once again, but above all else, I’m just really happy to be able to return to Raccoon City– the city that I lost myself in for countless hours growing up (and continue to do so with frequent playthroughs of the classic games). I’m ready to return to the iconic city, this time as one of the bad guys as I’ll see to it that Umbrella isn’t seen as the catalyst for the outbreak in front of the general public’s eye. But like I’ve stated before, my first time through the game may be free of any canon-altering events– no killing Leon yet!

It’s the fact that we’ll now be playing as Umbrella operatives that has me excited, too, as we’ll uncover secrets that we didn’t know before when we played the aforementioned classic titles. We’ll be interacting with other shady characters like Nicholai and we’ll also run into series all-stars like Claire, Jill and Leon (amongst others) as we make our way through the city. We’ll be seeing events from RE 2 and 3 unfold through a new perspective, and that notion itself definitely has my anticipation at an all-time high. Oh, and do I even need to note how awesome it is to be receiving orders from Mr. Death himself, the 4th survivor HUNK? Keep your Hunnigan! 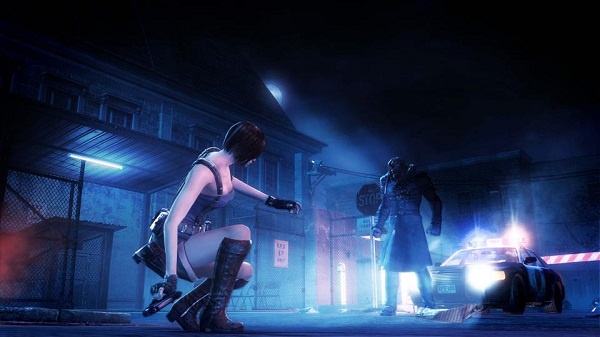 The image above was released this past week, and it brought back a whole bunch of memories. It made me remember all the times I jumped out of my seat as I was being pursued by Nemesis in my first-ever playthrough of RE 3. It made me remember the fear that coursed through my veins as I would slowly make my way through alleys and corridors, anticipating a surprise attack from Nemmy at any time. And while ORC may not bring back these scares, the inclusion of the characters and creatures involved is enough to make me happy to be back home.

It feels good to be back to the fictional town where I spent so many sleepless nights under my sheets, glued to my controller and TV for hours, laying next to my G-3/ G-4 Birkin toy. Yeah, the game may end up being mediocre, only being commendable for its multiplayer offerings, but it could also end up being a solid entry in the series, surprising all those who cried foul at it for being too “modern” and drastically different from what’s come before in the series. Personally, I see it as a $60 ticket back into Raccoon City and all its iconic attractions, with classic characters and BOWs all coming along for the ride.

Resident Evils 2 and 3 have given me so many memories that I continue to hold onto years later. These games house some of my favorite monsters, moments and characters in all of gaming. So yes, I’m ready to go back. And one thing’s for certain, it may be hard to pull me out once sucked back in.

Next week’s reHorror will be my official review of Operation Raccoon City, so stay tuned for that!