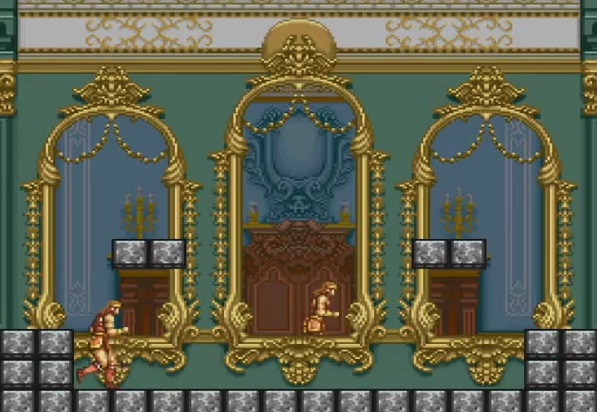 E3 is only a couple of weeks away and with all these Castlevania rumors floating around, it looks like I’m going to be in heaven from June 5-7. Lord (of Shadow) knows how many times I’m going to be replaying the demos for both Mirror of Fate and the Lords of Shadow sequel. I’m going to have to be dragged away from Konami’s booth this year!

But let’s talk about Mirror of Fate. The game will be a 3DS exclusive and its existence has been noted for quite a while now, with Paul Gale (the same person who just broke the news about Lords of Shadows 2 hitting the PlayStation 3, Xbox 360, Wii U and Vita, as well as some more details about Mirror of Fate) reporting that Koji Igarashi and his team have been hard at work on several new projects for the 3DS, with one of them rumored as being a ‘vania title. Furthermore, it was also reported (thanks to Gale’s source) that said 3DS title could make clever use of the handheld’s dual cameras.

That was December 2010, and this is now. And all that’s left is for Konami to pretty much officially confirm the title’s existence (which they will most likely do at their pre-E3 event). And, I mean, there’s already a registered domain for it…so…yeah.

Mirror of Fate will be hitting the 3DS and it will in fact be using the cameras in an interesting way with the front camera being used as a (you guessed it) mirror and the outer one being utilized for puzzle-solving. Hence the name, Mirror of Fate. The game will also  have cooperative play and will star two main, playable characters. And, yes, it will be 2D (!). Wii U connectivity is also reported, linking the game to the Wii U version of the Lords of Shadow sequel. But now let’s get down to some good ol’ speculation! 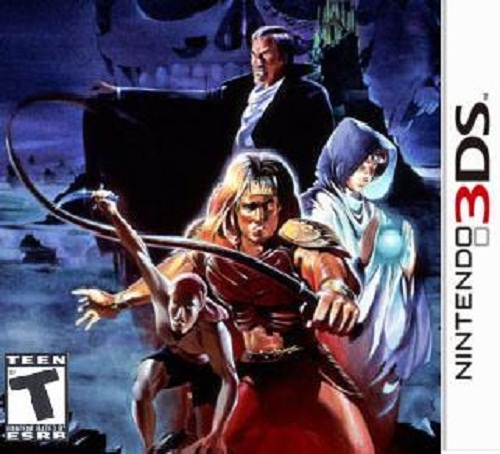 Here’s where things get interesting. It hasn’t been downright confirmed who exactly is behind the development of this title (hell, the game hasn’t even been confirmed yet!), but we do know Mercury Steam is involved. For all we know, Iga could actually be working with the team on this project. Having said that, will Mirror of Fate follow the series’ already established classic canon (the Iga-verse)? Or will it continue to build upon the Lords of Shadow universe (Cox-verse, ha)? I’m leaning more towards the latter, even if Iga is involved. Here’s why.

Lords of Shadow served as a reboot for the storied franchise. It wasn’t everyone’s cup of tea, but it truly boasted an engaging and lengthy single player experience with quite a crazy ending and epilogue scene. Things got even crazier with the DLC that was eventually released for it. Quite simply, Dracula is a Belmont, and it’ll be interesting to see where the Lords of Shadow sequel goes with this. But in regards to Mirror of Fate, how can you progress the story from where the Resurrection DLC left off (if it is a follow-up within the same universe)? I mean, I’m sure Mercury Steam isn’t going to want to jump the gun and fast forward to the more modern time period shown in the epilogue…

Mirror of Fate could be set 100 years or so after the events of Lords of Shadow. Meaning that we’ll take control of a new Belmont accompanied by a very important partner figure. I don’t think Mercury Steam is going to create new characters altogether to have leading roles, instead opting to just reimagine classic major characters. So who could the main character in Mirror of Fate be? I’m going to have to go with Alucard. Yes, Alucard… Belmont. 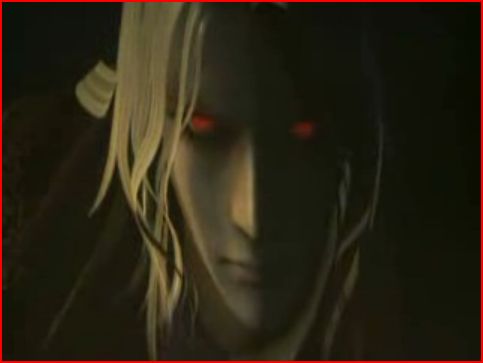 In this new Castlevania universe, Alucard would naturally be part of the Belmont family (since, you know, Gabriel took the surname of Belmont for his love of mountains and…he ends up becoming G-Drac’) and, like the character from the classic timeline, he’ll still be haunted by his very own bloodline. Daddy issues galore! And perhaps upon stumbling inside his father’s castle he finds what’s sure to be a very important mirror that shows him his inevitable fate (yes, vampires can’t see their own reflection, but that’s where Alucard’s human side comes in): with his reflection showing him as a monster, akin to his father.  It’s a fate he doesn’t want, so Alucard’s surely going to be going up against his daddy and whatever creatures of the night stand in his way. But what of the second playable character?

I would love this to be a sort of reimagining of Dracula’s Curse, with Alucard serving as the central character this time. Having said that, Trevor or Sypha could fill in the second playable character role. I’m leaning more towards Sypha or possibly Mercury Steam’s very own version of the classic female character. Trevor Belmont could then serve as the main character in Lords of Shadow 2 (I’ll get more into this in another article). I just have a strong feeling Mercury Steam will be using the classic NES threequel as the fundamental basis for wherever they take their story next. And if Iga is indeed involved, using Alucard again would make sense since we already saw a prototype a few years ago for a game that never saw the light of day, which had Alucard take the spotlight (pictured above). Iga could have gone back to rework this title to fit within the new LoS universe perhaps. Hey, it’s a possibility.

Alucard’s synonymous with the Metroidvania style he made famous with his second outing, Symphony of the Night, which in turn is a sub-genre made popular on Nintendo handhelds. So the transition, retaining this style of game, to the 3DS makes perfect sense. And the developers have a lot of toys to play with on the handheld, from glasses-free 3D to the system’s cameras, while staying true to the series’ 2D roots (with visuals loosley rumored as being somewhat cel-shaded). So how exaclty will the gameplay mechanics be? 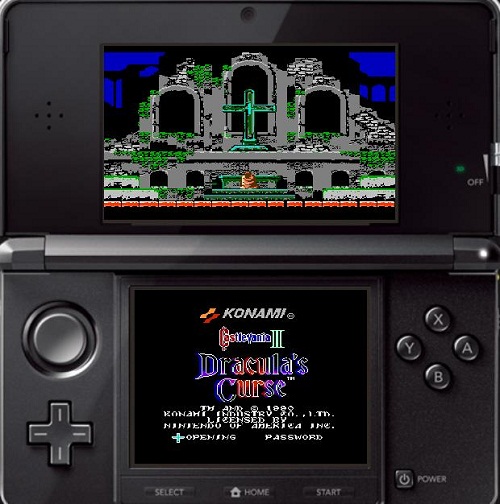 I’m sure this title will once again be a metroidvania style entry, though it could be more like the last portable release, Order of Ecclesia, in terms of structure. Like Dracula’s Curse, the entirety of the game may not take place in the castle, with Alucard and his partner venturing through exterior locations in a more linear fashion before they reach the nonlinear, titular edifice. But what of the actual camera use? With a mirror serving a central role in the game, there’s sure to be a mechanic to correlate with that.

The front camera will be used to show the player’s reflection in some interesting fashion, revealing their “fate” as Paul Gale’s report states, which perfectly ties in with the game’s title. I don’t think this feature will be something that will come into play extensively throughout the entire experience, rather just showing up at important segments, similar to how the touch screen came into play to finish off bosses (by drawing magical seals) in Dawn of Sorrow. Aside from somehow having the player’s reflection tie into the actual gameplay, we also know the outer camera will come into play for puzzle solving. Maybe this will be along the lines of perception puzzles where you would have to move the 3DS around to, perhaps, align platforms with one another. Or something like that.

What has my mind completely running wild is how the front camera will be used as a mirror. It can’t just be to show the player’s reflection, there has to be more to it. Maybe have the player see themselves transform into different monsters, which would then serve as a hint as to which of Alucard’s beast transformations to utilize so they could progress through certain parts of the game or for boss battle hints. Maybe. Maybe not. We’ll just have to wait and see! But what do you guys think? Would you love to see these theories come to fruition or would you rather see something completely different? Sound off in the comments below!