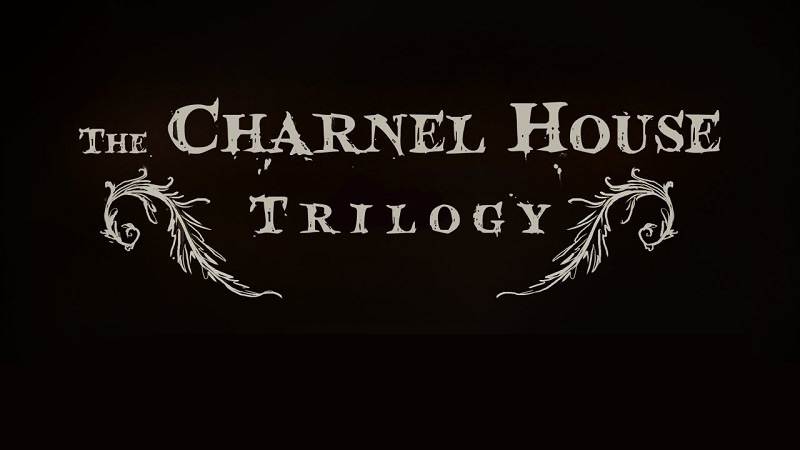 The Charnel House Trilogy is meant to be a pulp novel. It’s supposed to be a story found in a bookstore bargain bin with a tattered paper cover and coffee stains on the pages. It’s a joy for those who enjoy finding strange stories buried behind creased, vintage illustrations. If you’re looking for subtlety look elsewhere; The Charnel House Trilogy is the sort of creepy that’s fun precisely because it’s not subtle.

The trilogy is separated into three chapters, “Inhale”, “Sepulcher”, and “Exhale”. “Inhale” and “Exhale” stars Alex Davenport, a twenty-something living in New York City. She plays video games, watches DVDs of cult movies, and smokes. “Sepulcher” stars Howard Lang, an archaeology professor who’s wearing the world’s finest professor Halloween costume (glasses, tweed jacket, elbow patches). The first chapter, “Inhale”, acts as an intro to the rest of the trilogy, taking place mostly in Alex’s New York apartment. The real blood and guts however, happen aboard “Old Gloria”- the night train Alex and Howard both finds themselves riding in the middle of the snowy night.

The game functions like a traditional point-and-click game, moving your character across the 2D environment and interacting with items and characters you come across while exploring “Old Gloria”. The format lends itself particularly well to the mystery and horror genre, gathering clues and slowly uncovering the hidden secrets around you. I want to make particular mention of the graphics of the game which will appeal to pixel aficionados. The game is gorgeous to look at and will hit you straight in the nostalgia bone. The soundtrack is equally well crafted, suited for the nighttime, antique setting the game takes place.

Another wonderful addition is that the game is fully voiced. This really helps bring the story to life and strengthening its overall delivery. Games crafted like these are becoming rarer and rarer, so if you pick it up, or have picked it up, I hope you appreciate the design choices of the developers. It’s a well-made game is what I’m trying to say. You won’t find the failings of lesser indie productions here. For the price you’ll be getting an exceptionally good looking, good sounding game, if very short. 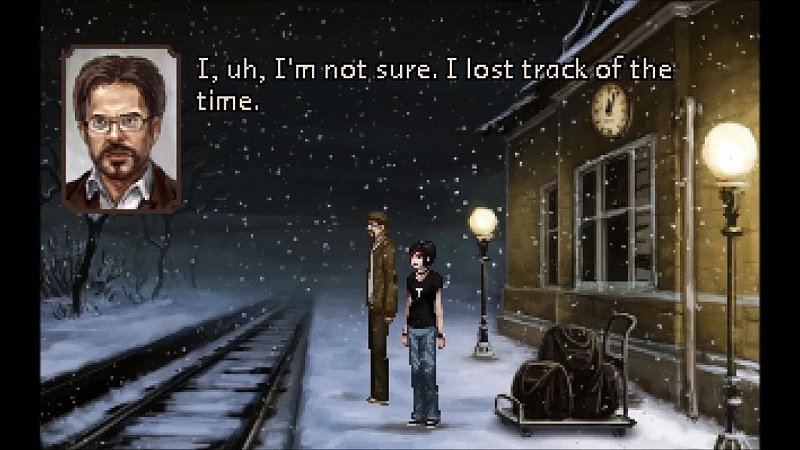 As for the actual story of the game, the story starts in earnest when Alex boards a train to a remote island off the coast of England. On her way there she meets fellow traveler, Howard, who was asked to supervise some archaeological dig on that same island. Coincidence? Probably not. I don’t want to spoil anything else beyond that though. Not because there are mind-blowing revelations abound, but because there are a lot of thrills I’d be dismantling if I did. The scares that appear throughout the game don’t linger around after you sleep. They’re immediate and gripping, although not always. It’s the sort of scares that make you chuckle afterwards because how fun the scene was in execution rather than effectiveness.

The Charnel House Trilogy is fun in the same way pulp fictions are fun. The stories are over-the-top but the writers understand both the genre in which they work in and the expectations of its target audience. There are creepy things in the game but when they happen it’s for the delight of its fans. Something goes bump in the dark and you start smiling because you both expected it but enjoyed how well it played out. The only time pulp fiction would fail to deliver if the reader is expecting any more than what they’re paying for. I will say that after finishing the game, I am thoroughly invested in the mystery of the story, and am very much looking forward to the sequel teased for some time next year. 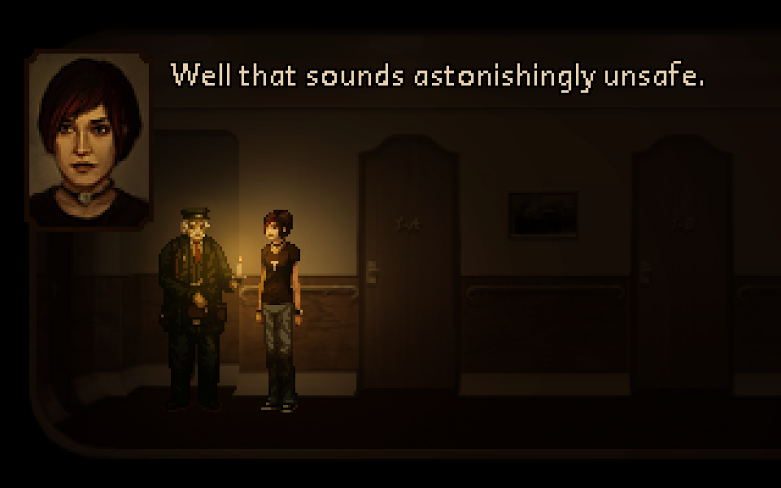 The Charnel House Trilogy is ultimately a genre affair made by fans of pulp horror, for fans of pulp horror. It’s effective but will be underwhelming for anyone who likes dressed up stories and set pieces. However, if you’re a fan of genre horror, especially a fan of older horror literature (think Stephen King), then my recommendation is you pick up the game, pour yourself a pot of tea or coffee, and play it at night. The whole game can be finished in a single sitting but The Charnel House Trilogy evokes the same joy as curling up with an enjoyable book before bed. You might not be blown away or left particularly horrified, but for the price of admission I will guarantee good old fashioned entertainment.