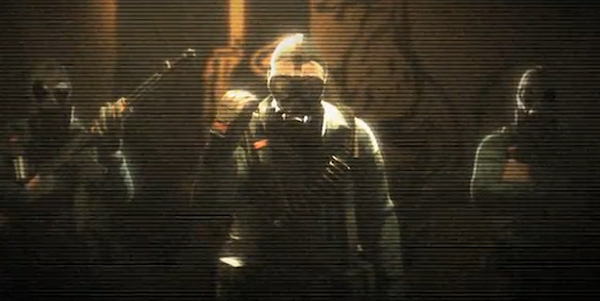 Another day, another Resident Evil Revelations post as we continue marching ever onwards to the game’s February 7th release date. Yup, all’s right in the world! Today we have something rather cool for you to check out: official descriptions for some of the game’s enemies, straight from its official Japanese site. Oh, and there’s also a neat little bit of history pertaining to the T-Abyss virus and its origin. You can find my summed up version of all the information below.

As with all bad things, it always starts with curiosity. A group of scientists from the Montpellier University of Marine Science one day stumbled upon a species of deep-sea fish. They just so happened to be carriers of a virus that ended up being referred to as “Abyss” because you know, they were found deep in the sea, and also because of the fear of said depths. So what happens then? Well, this “Abyss” virus was combined with the T-Virus and…yeah, you probably know what happens next. It’s classic Resident Evil from that point on, with BOWs galore!

The site then gives us a listing of some of the enemies we’ll be facing off against in the game. First up are the regular Ooze we’ve been seeing a lot of for months. 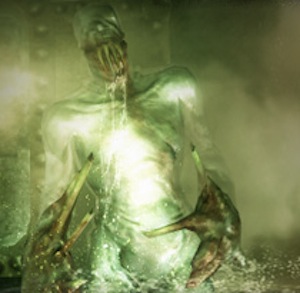 This is what happens when a regular person is infected with this new virus. Their entire cellular make-up gets altered, making them able to absorb an uncanny amount of water and also making them liquid in their physical state due to all their internal organs basically melting due to osmotic pressure. And after infected, they absolutely need to suck on victims for fluids in order to survive.

Then there’s various mutations of the Ooze. Some of them have claw-like arms, others are completely distorted in form, and others shoot bones like bullets. 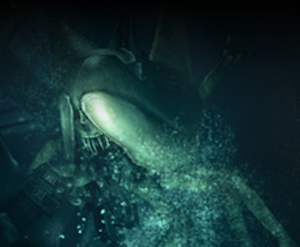 This monstrous BOW is what happens when the virus is injected into a female host. The woman’s long hair is still here, in a mutated form of course, and it covers the creeper’s entire body, allowing it to move freely through water. It also allows them to move underwater silently. Kinda creepy if I do say so myself. Once this creature gets near its prey it emerges, holding the poor victim with its six arms tightly while it happily eats its flesh. It’s impossible to escape when you’re being held by this creatures, this act of embracement is strong because it reminds the creature of its mother’s love. (I see you, Lisa.) 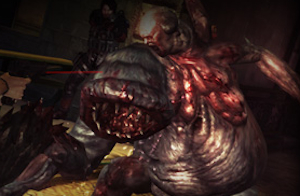 This big boy here is one of the boss-like BOWs we’ll be facing in the game. These are special mutations that occur rarely (can only be accomplished in 1 out of 100 subjects). Basically, the host presents a strong resistance to the virus, said resistance only slows down an infection that will eventually succeed in overflowing through the blood of the host, though, so it’s only a matter of time with these rare cases.

As the infection begins to do its work, the host shows signs of a high fever and tumors growing around their neck/shoulder area. As the infection continues, the host starts to gradually lose consciousness. It’s quite sad because the host knows that they’re being manipulated by this virus, yet they can’t do anything about it. Then we have what we see pictured above, and even in this “ultimate” state, the host can still be heard muttering words. 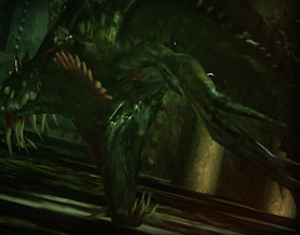 We’ve seen these guys before! They’re the piranha-like creatures that lurk through the flooded areas of the luxury cruise ship. This is what happens when the virus infects regular fish– and these mutated fishes resemble what the scientists found before, which had the “Abyss” virus coursing through their blood. A group of these ferocious sea creatures can eat through large mammals, bones and all, within mere seconds. Might want to be careful around these guys!

The good ol’ Hunters! But wait, these aren’t regular Hunters…These aren’t the mean-green machines from the past (though I’m sure they’re still big meanies!) now they’re infected with the T-Abyss virus, giving them a new name: Farfarello (derived from one of the 12 devils from Dante’s Divine Comedy). These new pale Hunters have been granted new abilities by this virus: now they’re able to mimic they’re surroundings and camouflage, making them even more deadlier than ever before.