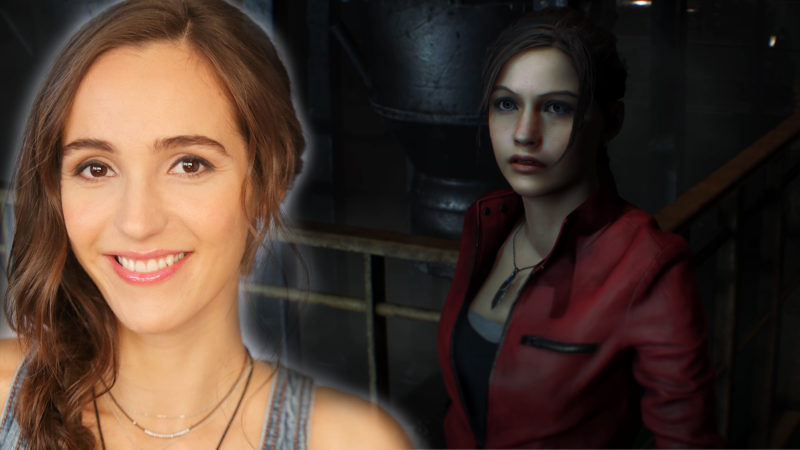 Recently, the main casts of both of the recent Resident Evil Remakes appeared alongside each other in a special podcast produced by Residence of Evil — namely, Nick Apostolides (Leon), Nicole Tompkins (Jill), Stephanie Panisello (Claire), Jeff Schine (Carlos), Jelene Anderson (Ada) and Neil Newbon (Nikolai and Nemesis). It’s a fun, charming, and informal interview where everyone discusses their experiences working on the series, their musings on video games, and more casual conversation. At one point, Stephanie Panisello talks about how great it’s been getting to know the fanbase and how supportive they’ve been — and she may have teased something upcoming. When commenting on how it’s been great to interact with the other performers from Resident Evil 3 Remake, she mentions having worked with one of them on an upcoming project:

Also, Resident Evil 3 cast, hello! I know I didn’t know you guys personally, although I do feel like I’ve worked with one of you, but I think it’s a project that hasn’t come out yet, so I won’t say anything.

So that’s… super interesting. Now, it is worth remembering that this doesn’t necessarily mean Resident Evil — these are performers and as such they may be working on a myriad of other projects, both in and out of a recording booth. TV shows, movies, other games, even animation and commercials, practically anything could be on the table. However, this was all still in the context of talking about Resident Evil, so let’s work with that for now.

Fans have been quick to jump to a Code: Veronica remake as being the source of this new work, as it’s the next obvious story with Claire, but it absolutely isn’t that. First of all, all signs point to a remake of that probably not happening — both due to Resident Evil 4 Remake looking to be out in 2022, and rumors we’ve already heard that Code: Veronica isn’t even being considered at the moment. Plus, none of these other characters appear in Code: Veronica to begin with. The next obvious possibility is Claire being added as a DLC character to Resident Evil: Resistance, which isn’t out of the question (and very much desired, personally).

The one thing that gives me pause is Panisello’s wording — “I do feel like I’ve worked with one of you”. Characters don’t really interact with one another in Resistance, not in the same way they would in a normal narrative at the very least. Characters do have quite a bit of dialogue, but none of it is structured like actual conversations. Survivors don’t talk to each other one-on-one, only spitting out general observations on the world and notifying the players of certain actions being taken. It is possible, however, that she could be talking about interacting with Neil Newborn, the voice behind Nikolai, as he’s being added as a Mastermind in the next update. I still doubt they would’ve actually ‘worked with each other’ while performing, though.

The last possibility, presuming that this is Resident Evil related, is that it’s for an entirely new project that we can’t even guess at. There’s always more on the way, and who’s to say that the title for 2022 isn’t already well into production. Revelations 3, a new IP in the series, even another animated film to release along with RE8 (as an animated feature has released with each major numbered release since RE5).

For now, we just have to wait and see. In the meantime, we do still have lots to look forward to — RE8 is probably being revealed in just a few more weeks, and after that RE4 Remake will probably get revealed next summer. Even until then, RE3 Remake isn’t even a month old, and Resistance is still going strong (I loved it). We’ll keep you updated, of course.