Metroid Other M and the mixed reviews - Rely on Horror

Metroid Other M and the mixed reviews

This is something I just had to get out of my chest. It seems to be a growing trend among ‘professonal’ reviewers to compare the current iteration of a proven franchise to the crowning achievement of said franchise. For example, and as this article’s title indicates, Metroid Other M and Super Metroid. Other M is a full fledged sequel to one of the best games of all time, Super Metroid. Making a sequel to a game that has received such accolades requires not only a lot of guts but a lot of courage as well,courage to take risks. Reason being, honestly, chances are the sequel isn’t going to be able to capture that same magic that the original did back in its time. The tail end of the previous sentence is also worth repeating ‘back in its time’. I’m not implying Super Metroid was only a classic back in its time of release. Super Metroid will always be a masterpiece, and it’s a game I play almost everyday. What I mean is that people need to , quite simply, move on and stop comparing the current generation to the golden age of gaming. So , after reading multiple ‘professional’ reviews, has Other M delivered on everything that made Super Metroid such a praised title?

Metroid Other M has received mixed reviews at best. And what’s at the root of all the negativity found in the , truly absurd, lower than 7 reviews? Well as you can guess, comparisons are made to Super Metroid, only to be met with disappointment.  The exploration factor that weighs heavily in Super Metroid is sorely lacking in Other M. You’re always with the knowledge of where to go next. The thing is, finding out how to exactly get there. Isn’t that exploration itself? Missile upgrades and the like are still scattered around the game tempting players to search every corner for those rewards. Exploration? Seems to me that these reviewers are quite simply mentally blinded by Super Metroid and its greatness. So much so that they can’t even appreciate Other M for what it is. A metroid game.

Let’s sidetrack for a bit. How many Mario games have we received? How many Zelda titles have we been graced with? Ok, now how many Metroid titles have we been given throughout the years since its inception? Yeah not many. Not only that, but there’s usually huge gaps of time between Metroid titles. Remember how long it took for another entry to release post-Super Metroid? Why is this the case? I’m going to garner a guess here and say it’s maybe due to the fact that Super Metroid is a game that’s essentially hard to top, and Nintendo knows this.

Now, you may be asking yourselves: what about Ocarina of time? Nintendo hasn’t had a tough time following up on that success with multiple Zelda titles following it. Majora’s Mask, Wind Waker, and Twilight Princess all follow the same inner workings that formulates Ocarina of Time. But does it really formualte Ocarina? Remember a Link to the Past? Yeah, how can anyone forget. That title etablished a successful formula for what makes a Zelda game truly special, and consequentially all the Zelda titles from then on have re-hashed (in a positive way) that same formula. Which isn’t a bad thing mind you. But back on topic, ever since the success of Super Metroid Nintendo actually took creative risks instead of giving us multiple games with the same gameplay formula. Sure we got Fusion at the same time of Prime’s release, but the latter took a humongous gamble, potentially alienating all the fans that grew up with Metroid. I mean, making Metroid into a first person adventure title? Flash forward and now the Prime trilogy is considered as one of gaming’s finest examples.

Enter: Team Ninja. Known best for their work on Dead or Alive and Ninja Gaiden. Upon seeing the initial trailer at Nintendo’s 2009 E3 conference, a sense of concern sprouted from the realization that Nintendo had given the keys to Zebes to, as Adam calls Samus, an ‘outsider’. Loyal fans had a right to be worried, but then concern turned to confidence as we started to see something that resembled Super Metroid. Now, with review copies already in circulation, we’re starting to see the reception. Hardcore fans may be upset that Other M hasn’t received the glowing reviews the first Prime did, but does that really matter?

Nick Chester put it best in his , somewhat negative, review stating that:

“Metroid enthusiasts won’t want to miss this, and nothing I could write could encourage them to take a pass”

A true statement, because if one claims to be a true fan of any franchise they’ll even appreciate that franchises low points for what they are. And in the case of Metroid, honestly, I don’t think Other M is a low point at all. Sure it may not be up on the pedestal overtaken by Super Metroid and Prime, but it’s a breath of fresh air for the franchise. And not in the sense of an over saturated series finally being injected with some creativty, cough cough Call of Duty, but in the sense of an outside developer coming in and giving us a unique Metroid experience. I think it’s time for all of us to face the facts. No Metroid game from here on in may have the credentials to stand against Super Metroid, so let’s stop comparing shall we? Let’s just enjoy Other M for what it is, a Metroid game , and let’s be grateful because we don’t get many of them per generation as we do with other Nintendo first party titles.

My review will be up sometime on Wednesday. But I can tell you right now, it’s going to be positive. I’m going expecting this to be one hell of a Metroid game, instead of expecting it to exceed Super Metroid. And to all those poor reviews, have at you: 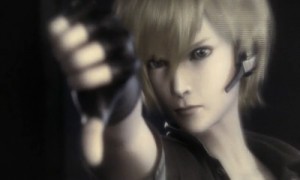